This Site Reveals the Performance of Financial Pundits – How Well Has Your Guy Done? (+4K Views)

-up on advice provided. Many are sincere and believe in their advice and others seem to be pure hucksters. Sincerity, however, is no substitute for competence. Recently I discovered a website which tracks pundits in finance (and politics and sports) which does just that. Check it out to see how many of the calls and predictions of your favorite prognosticators have turned out to be true. You’ll be surprised and, no doubt, disappointed!

The need to fill 24-hour financial channels almost assures that anyone who can communicate effectively and convey some level of competence can get on the air. The sad part of this process is that there is virtually no follow-up on advice provided. No one (except the person who guessed correctly) has any incentive to bring up past performance. Even in these cases, the reminders are selective and not comprehensive.

The networks do not want to discredit their “filler” experts. Hence bad advice or prediction generally disappears in some black memory hole.

These are questions that no one has an incentive to ask or answer. Were this information tracked and made available in a scientifically proper and honest fashion, the field of investment pundits would likely be found “without clothes” and greatly reduced. CNBC, among others, would be without much of their programming content.

Recently I discovered a website which tracks pundits in finance, politics and sports. The site is PunditTracker. Among other things, it allows you to weigh in with your own personal predictions on various outcomes….

I commend PunditTracker for their efforts at accountability…

For the complete list of 33 finance pundits being tracked and their grades go to PunditTracker.com

Look at the ratings and the methodology used by PunditTracker. Make your own judgment…[as to] their validity. One thing should be immediately apparent –the population of declared experts greatly exceeds the population of true experts.

Editor’s Note:
The author’s views and conclusions in the above article are unaltered and no personal comments have been included to maintain the integrity of the original post. Furthermore, the views, conclusions and any recommendations offered in this article are not to be construed as an endorsement of such by the editor.

1. Basing Investment Decisions On Market/Economic Predictions Is A Fool’s Game

Nobody can predict what the stock market will do so basing your investment decision on market or economic predictions is a fool’s game. END_OF_DOCUMENT_TOKEN_TO_BE_REPLACED

2. Experts Say Our Financial Markets Are Primed For A Fall

For the moment, things are looking pretty good in the United States but…our financial markets are perfectly primed for a fall. Sadly, most people did not see the crash of 2008 coming, and most people will not see the next one coming either. END_OF_DOCUMENT_TOKEN_TO_BE_REPLACED

3. Take Note Because Those Investors Who Ignore These Observations Do So At Their Great Peril

Is a major top at hand? It is often said that bells do not ring to signal the end of a bull market but if the broad averages were in fact to plummet in the weeks ahead, never forget that bells did indeed ring. This article contains the opinions of three heavyweights in the guru world which are so insightful that any investors who ignore their observations do so at their great peril. END_OF_DOCUMENT_TOKEN_TO_BE_REPLACED

4. This Weekend’s Financial Entertainment: “A Stock Market Crash IS Coming!”

Our financial system is in far worse shape than it was just prior to the financial crash of 2008. The truth is that we are right on schedule for the next great financial crash. You can choose to ignore the warnings if you would like but, ultimately, time will reveal who was right and who was wrong and, unfortunately, I think I will be proven to have been right. END_OF_DOCUMENT_TOKEN_TO_BE_REPLACED

5. Coming Stock Market Enema Will Be A VERY Messy Occasion!

Who knows how long before the Dow Jones Index finally receives a well overdue market enema, but I can assure you of this, when it arrives it will be a VERY messy occasion! END_OF_DOCUMENT_TOKEN_TO_BE_REPLACED

6. Present Bull Rally In Stocks Dangerously “Beyond the Pale” – Here’s Why

It is frighteningly clear to any objective analyst and/or intelligent investor that the present bull market rally in stocks (2006-2014) is “beyond the pale” (outside the bounds of acceptable behavior) i.e. the excess valuation is dangerously above the market excesses of the 1920s. END_OF_DOCUMENT_TOKEN_TO_BE_REPLACED

When taking a step back and viewing longer-term gauges, we see warning signs flashing. Many of these readings are in extreme territories, and historically bear markets have occurred from such overbought positioning. We are all cued up for a bear! END_OF_DOCUMENT_TOKEN_TO_BE_REPLACED

8. SELL! U.S. Stock Market Is An Investor’s Nightmare – Here’s Why

The stock market is presently a roulette wheel with dimes on black and dynamite on red. We continue to have extreme concerns about the extent of potential market losses over the completion of the present market cycle. END_OF_DOCUMENT_TOKEN_TO_BE_REPLACED

9. Coming Bear Market Could Turn Into A Historic Crash – Here’s Why

Amazingly, we are on the verge of a global deflationary downturn and what could be a historic bear market, yet Wall Street prognosticators remain focused on the inflationary risks of excessive monetary stimulus. Their focus could not be more wrong. Let me explain further. END_OF_DOCUMENT_TOKEN_TO_BE_REPLACED

10. It’s Just A Matter Of Time Before the Stock Market Bubble Is Pricked! Here’s Why

Once again the stock market is in full bubble mode. The market was already overvalued earlier this year and the froth continues to build. Valuations are off the chart and euphoria is setting in while, at the same time, you have inflation eroding the purchasing power of regular Americans not participating in this casino. All the signs of a bubble top are there – massive speculation, unexplainable valuations, and blind optimism – even though the fundamentals don’t make any sense. This article substantiates that contention. END_OF_DOCUMENT_TOKEN_TO_BE_REPLACED

11. These 6 Indicators Reveal A Great Deal About Market’s “Upside” Potential

Trying to predict markets more than a couple of days into the future is nothing more than a “wild ass guess” at best but, that being said, we can make some reasonable assumptions about potential outcomes based on our extensive analysis of these 6 specific price trend and momentum indicators. END_OF_DOCUMENT_TOKEN_TO_BE_REPLACED

12. What Does the 10-year Yield’s Death Cross Mean For Stocks?

The 10-year yield’s Death Cross has proven to be a pretty significant risk-off shot across the bow over the last decade and this matters today because the 10-year yield put in a Death Cross back in early April of this year. So what does the 10-Year’s Death Cross mean for stocks this time? END_OF_DOCUMENT_TOKEN_TO_BE_REPLACED

The financial markets are drastically over-capitalizing earnings and over-valuing all asset classes so, as the Fed and its central bank confederates around the world increasingly run out of excuses for extending the radical monetary experiments of the present era, even the gamblers will come to recognize who is really the Wile E Coyote in the piece. Then they will panic. END_OF_DOCUMENT_TOKEN_TO_BE_REPLACED

14. Look Out Below? Buffett Market Indicator Has Now Surpassed 2007 Level

Market Cap to GDP is a long-term valuation indicator that has become popular in recent years, thanks to Warren Buffett and it is now at the second highest level in the past 60 years – even surpassing the levels reached in 2007. END_OF_DOCUMENT_TOKEN_TO_BE_REPLACED

15. World’s Stock Markets Are Saying “Let’s Get Ready to Tumble!”

To ignore all the compelling charts and data below would be irresponsible and, as such, will NOT go unnoticed by institutional investors. Such bearish barometers for stocks worldwide will, unfortunately, be ignored by the ignorant and gullible hoi pollo causing them severe financial loss as investor complacency in the past has nearly always led to a stock market crash. END_OF_DOCUMENT_TOKEN_TO_BE_REPLACED

16. Stock Market Bubble to “POP” and Cause Global Depression

In their infinite wisdom the Fed thinks they have rescued the economy by inflating asset prices and creating a so called “wealth affect”. In reality they have created the conditions for the next Great Depression and now it’s just a matter of time…[until] the forces of regression collapse this parabolic structure. When they do it will drag the global economy into the next depression. Let me explain further. END_OF_DOCUMENT_TOKEN_TO_BE_REPLACED

I see gold going lower and lower eventually breaking below the psychological figure of $1,000 and perhaps even testing the $850 level to break the back of gold bugs and get the CNBC cheerleaders to claim the gold bull dead. END_OF_DOCUMENT_TOKEN_TO_BE_REPLACED

Since 1999 the gold price has moved in concert with the growth in the US Federal Reserve Balance Sheet including the recent correction in both during the past three years. Accordingly, the following objective analysis forecasts the gold price out to 2016 based solely on historical Central Bank data. END_OF_DOCUMENT_TOKEN_TO_BE_REPLACED

The internet is awash with analysts who believe that gold is going UP to $10,000 or DOWN to $1,000 and that silver is going DOWN to $15 or UP to $300. They grab a lot of attention in the media which must soothe their egos but are their prognostications worth paying attention to or are they just a lot of hot air? This site has decided to call their number. END_OF_DOCUMENT_TOKEN_TO_BE_REPLACED

Share
Previous The U.S. Is Broke and No One Seems To Care
Next The ‘Money Industry’ Owns the American Political System (+2K Views) 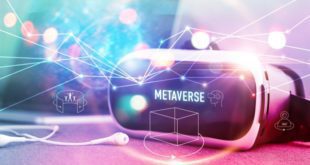 What Is the Metaverse? How Is It Intended To Work?