Which Will It Be – 63 Years of Data Suggesting A Major Pullback Over the Next 6 Months OR the Power of This Market Rally?

double-digit gains from May through October so, with stocks still near all-time highs as the calendar flips to May, do the law of averages suggest we’re on the brink of a major pullback over the next six months?

So says Chris Preston (wyattresearch.com) in edited excerpts from his original article* entitled  Can the Market Defy “Sell in May” Again?.

The following article is presented by Lorimer Wilson, editor of www.munKNEE.com (Your Key to Making Money!),  www.FinancialArticleSummariesToday.com (A site for sore eyes and inquisitive minds) and the FREE Market Intelligence Report newsletter (sample here; register here) and has been edited, abridged and/or reformatted (some sub-titles and bold/italics emphases) for the sake of clarity and brevity to ensure a fast and easy read. This paragraph must be included in any article re-posting to avoid copyright infringement.

Preston goes on to say in further edited excerpts:

The numbers don’t lie. The “Sell in May” phenomenon is ordinarily very real.

The above numbers suggest that last year’s booming “Sell in May” period, when the S&P 500 rose 10% from May to November, outpacing the six months that preceded it and the six months afterwards, was an aberration.

Market valuation isn’t on investors’ side as we enter May either.

The addition of the above would suggest that a major pullback is imminent but here’s the thing about this rally, though: it has defied all logic.

Countless times over the past year, Wall Street pundits have been calling for a mass correction. Each time, stocks have risen higher than ever before. Another near-default by the U.S. government, sequestration cuts taking effect, an unemployment rate that’s been slow to improve – none of it has managed to slow this rally – and those are real, tangible factors that directly impact the U.S. economy. By comparison, a seasonal phenomenon such as “Sell in May” seems like a much smaller concern for investors.

It really comes down to what you believe in more:

1. 2 Stock Market Indicators Are Saying “Be careful, don’t get caught up in the euphoria”

In the midst of all the optimism we see towards key stock indices these days, there are two leading indicators that are flashing warning signals. They say, “Be careful, and don’t get caught up in the euphoria.” Read More »

2. Are Stock Market & U.S. Dollar About to Crash? Will Gold Be the Major Benefactor?

Something is clearly out of whack. Gold has failed to push higher against the backdrop of a lower U.S. dollar for the first time in over a decade and, with pressure on the dollar increasing, the failure of support could ignite a massive decline. Is gold preparing to launch this time? Read More »

No stock can resist gravity forever. What goes up must eventually come down. This is especially true for stock prices that become grotesquely distorted. We have been – and still are – living in another dotcom bubble, and – like the last one – it is inevitable that it is going to burst. Read More »

4. Stock Market Will Collapse In May Followed By Major Spike in Gold & Silver Prices! Here’s Why

6. The Stock Market Is a Risky Place to Be – Here’s Why

With both the fundamentals and the technicals saying the stock market is a risky place to be, we await its crash back to reality. Here’s why. Read More »

Warren Buffett’s favorite indicator – the ratio of the value of U.S. stocks to GDP – is seen by him as a reliable gauge of where the market stands and these days it suggests that all the main indexes are pointing to an imminent 50% crash. Read More »

8. End of “Wall Street Party” Will Be a Catastrophe! Here’s Why

The markets are considerably, fantastically overbought and that whatever happens after this “Wall Street Party” is going to be a sort of catastrophe. Here’s why. Read More »

The Dow is up almost 28% but the chart below showing how it’s 12% annualized gain over the past 5-years compares with past bull markets suggest we are probably not at a top – that “We ain’t seen nothin’ yet!” Take a look. Read More »

10. Some Factors to Consider As To Whether the Market Will End UP or DOWN in 2014

What is the likely market return in the coming new year? This articles tries to answer that question by presenting technical and fundamental market factors that are influencing the market in the coming year. Some of these factors point to a positive market return this year while others point to negative influences. Let’s take a look. Read More »

Share
Previous 10 Myths That Suggest Gold Supposedly Has a Bright Future (+2K Views)
Next Goldman’s $1,050 Gold Forecast is Nothing But a Stink Bid – Here Are 2 Reasons Why 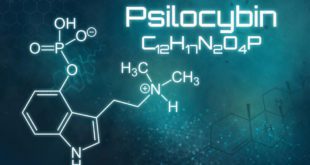