End of “Wall Street Party” Will Be a Catastrophe! Here’s Why (+2K Views)

Share
It is risky to be in markets, but also risky to be out of them. The issue is whether it is less risky to remain on the long-side for

a while than it is to leave or  go short (something that few can or should try to do) these overvalued markets.

So says Monty Pelerin (economicnoise.com) in edited excerpts from his original post* entitled Recognizing The Dangers.

Readers know my concerns about the dangers of financial markets. By most reasonable measures markets appear to be greatly overvalued. That doesn’t mean there is still not a lot of upside left though.

Anthony Wile (thedailybell.com) expresses his sentiments on this issue in an article** entitled The Bearish – Bullish Conundrum. His thoughts, regarding both options, are similar to mine. He begins below with an observation I could not agree with more:

“…the markets are considerably, fantastically over bought and that whatever happens after this “Wall Street Party” is going to be a sort of catastrophe. One could also argue, however, that it is foolishness to bet decisively against the top banking elites evidently organizing this latest, last blowout. We’ve analyzed what’s been set in place and it doesn’t seem to us that those behind this ploy are ready to declare it over, certainly not yet. The groundwork has been laid, but there is much yet to reap:

Sign up for our FREE Market Intelligence Report newsletter

What could slow the “party” or end it would be significantly higher interest rates; but central banks, coordinated by the Bank for International Settlements, have proven to be effective thus far at controlling dollar-reserve rates despite the torrents of dollars that have been printed over the past half-decade.

Also, it is not as if central banks have stinted on the money printing. While the Fed itself has admitted to something like US$16 trillion distributed post-crisis, mostly in short-term loans (probably not paid back), the actual total is a good deal higher. Close to five years ago, we estimated that central banks would probably print about US$100 trillion to try to prop up the failing system. We figure the total thus far is somewhere around US$50 trillion, though it could be higher. Despite these unimaginable sums, price inflation has certainly not reached hyper levels though, to be sure, the amount of price inflation is considerably understated.

There is no overriding certainty that central banks will lose control of their monetary base in the next month or even in the next year and, if they begin to, there are always stopgap measures such as the US “plunge protection team” which can brazenly – and illegally – go into the market with freshly printed central bank money to stabilize it, as necessary, at least in the short-term.

At some point there will be a breakdown. Real market forces will reassert themselves but “when” is not easy to discern. I personally know people who are continually trying to sell this market short and are surrendering over and over because the timing is not right.

The IPO market is revving up; top central banking doves are in place; the JOBS Act is ready to pour its promotions on receptive investors around the world; central banks are coordinating money printing in ways never seen before; gold remains down.

It is sensible to predict the demise of this empyrean equity fairy tale but those elite bankers controlling the central banking money printing have different ideas. To sell THEM short is not a good idea, as they have proven to be both brutal and determined over generations and continue to have formidable weaponry that allows them to pursue their goals.

One can make the bearish case with ease in this illogical market but logic may have little to do with it currently and no one can say with any precision when a final crash may come. For now, the punch bowl sits squarely in the center of the table. There may be a good deal of volatility associated with this “party” but I don’t see any sign that someone intends to confiscate the booze as of yet.”

Related Articles: (Please note: The articles posted on munKNEE.com deliberately present a diverse perspective on subjects discussed. Below are links, with introductory paragraphs, to a variety of related articles designed to help you become truly informed regarding both sides of the issues so that you can assess the merits of all points of view and come to your own conclusion.)

The Dow is up almost 28% but the chart below showing how it’s 12% annualized gain over the past 5-years compares with past bull markets suggest we are probably not at a top – that “We ain’t seen nothin’ yet!” Take a look. Read More »

2. Some Factors to Consider As To Whether the Market Will End UP or DOWN in 2014

What is the likely market return in the coming new year? This articles tries to answer that question by presenting technical and fundamental market factors that are influencing the market in the coming year. Some of these factors point to a positive market return this year while others point to negative influences. Let’s take a look. Read More »

5. Global Stock Markets At Key Resistance Lines – Will They Break Out or Crash?

The Dow Jones Industrial Average is a fabricated number that has little relation to the actual average performance of the stock market as a whole. For sure, it is not industrial in nature, and by no means is it an average. It’s like creating an all-star team of the very best-performing companies and broadcasting to the world that this is the average of all companies out there. Read More »

7. These Indicators Suggest Stock Market Returns Are “Too Good To Be True”

Current macro conditions indicate that we are in a sweet spot for equity returns…that global growth is continuing and there is little or no tail risk in the immediate future. It’s time to get long equities…but I have this nagging feeling that these market conditions are too good to be true. If you look, there are a number of technical and fundamental clouds on the horizon. Read More »

There’s no fear anymore – anywhere – and I’m talking about the type of fear that overwhelms investors – and, in turn, the market. The surest indication of this can be found in the following chart. Read More »

Each December we publish a list of investment themes that we feel are critical to the coming year. Below are our expectations for the U.S, Japanese and European stock markets, municipal bonds and gold. Read More »

10. Relax! Take Stock Market Bubble Warnings With a Grain of Salt – Here’s Why

Bubble predictions are headline-grabbing claims that are sure to attract reader/viewership and more than a few worried individuals who will be pushed to act but, like all forecasts, these bubble warnings should be taken with a grain of salt. Read More » 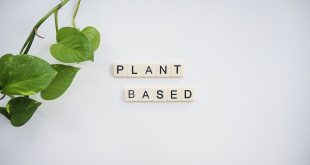