Talk of Jobs Coming Back Courtesy of the Fed is Ridiculous! Here’s Why (+2K Views)

Despite the preponderance of evidence that money printing doesn’t create jobs,

Bernanke and his Central Bank colleagues continue to perpetuate the myth that the recovery is just around the corner, as long as we continue to print money. It’s complete and utter insanity as all it will accomplish is bankrupting the U.S. resulting in higher costs of living – and lower quality of life – for all of us. [Let me explain why I believe that is the case.]

So writes Graham Summers in edited excerpts from his original article* entitled The Fed Will Bankrupt the US Trying to “Create” Jobs.

Summers goes on to say in further edited (and in some instances paraphrased) excerpts:

The primary myth being perpetuated by the central banks of the world is the belief that loose monetary policy and money printing will lead to economic growth. They have cut interest rates…511 times since June 2007, and expanded their balance sheets by over $10 trillion…[but the fact is that] there is literally no evidence that printing money creates jobs. Look at Japan, they have and continue to maintain QE efforts equal to 40+% of their GDP and unemployment hasn’t budged in 20 years. The UK has engaged in QE equal to over 20% of GDP with no success.

If you need further proof that money printing and inflation don’t create jobs take a look at the chart below from Bill King’s The King Report.  The blue line is CPI. The pink line is non-seasonally adjusted non-farm payroll (jobs). [As seen below,] inflation has dramatically outperformed job creation in the last 50 years.

Since Bernanke took over at the Fed, the U.S. hasn’t experienced a single year of 3% GDP growth. All the talk of jobs coming back courtesy of the Fed is ridiculous. The employment population ratio peaked in 2000. Since that time jobs have not kept up with population growth, let alone grown. Indeed, all that has grown is inflation, the one thing the Fed is great at creating.

Despite the preponderance of evidence that money printing doesn’t create jobs, Bernanke and his Central Banker colleagues continue to perpetuate the myth that the recovery is just around the corner, as long as we continue to print money. It’s complete and utter insanity and all it will accomplish is bankrupting the US, resulting in higher costs of living…and lower quality of life for all of us.

Folks, there is no other way to put this: the markets are in a massive bubble and when it bursts, things will get ugly very FAST.

1. This Gov’t Chart Shows That There Is NO Economic Recovery

5 years into the official economic “recovery” the labor participation rate is still lower than when the recession was declared over in June 2009 by almost a percentage point. It is still over 4 percentage points lower than when the recession officially began. The Federal Reserve chart of employment as a percentage of working age adults proves the point that sometimes a picture is worth a thousand words – sometimes much more. Words: 388; Charts: 1 Read More »

2. Here’s How to Jumpstart the U.S. Economy

Below are 6 suggestions as to what the U.S. government could do to turn America’s bloated failing economy around instead of just printing ever more money which time has shown does not work. Words: 360 Read More »

Recessions: 8 Things You Need To Know 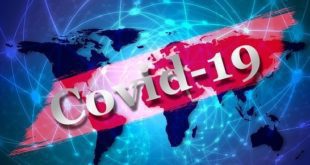 3 Challenges To Working From Home & How To Overcome Them