By Ben Carlson (awealthofcommonsense.com) as originally posted* under the title How to Spot a Bad Forecaster going on to say:

In The Little Book of Behavioral Investing, James Montier shares some research from Philip Tetlock, the foremost expert on, well, experts. Tetlock has performed exhaustive studies on the forecasting abilities of experts in a wide variety of fields from politics to economics to the financial markets.

Most people know that forecasting the future of the markets is extremely difficult, but what bothers me about most soothsayers is the fact that the majority of them never admit when they’re wrong, even when there’s clear evidence in place that proves it. Tetlock discovered that there are five excuses that are used by these so-called experts on a consistent basis (with commentary from Montier):

2. Ceteris Paribus: Something outside of the model of analysis occurred; therefore it isn’t my fault.

3. I Was Almost Right: “Although the predicted outcome didn’t occur, it almost did.”

4. It Just Hasn’t Happened Yet: “I wasn’t wrong, it just hasn’t occurred yet.” This is my personal favorite.

5. The Single Prediction: “You can’t judge me by the performance of a single forecast.”

Like most level-headed investors, I find little use in basing an entire investment process around my ability to predict the future. The folly of forecasting is becoming more mainstream as we’ve seen over the past few years that no one really has any clue what’s going to happen next. The oil crash, lack of rising rates and continued stock market strength are all cases in point.

While I think it’s good advice to ignore the noise, however, it’s basically impossible these days since information is so abundant. The dirty little secret is that although everyone says you should ignore forecasts, they all still look. We can’t help peaking to see what the forecasters think is going to happen, even though everyone knows most will be wrong, so if you’re going to read a bunch of 2015 market forecasts, you have to at least know how to spot the terrible ones from the not-so-terrible ones.

Tetlock got the ball rolling for me by pointing out that the worst forecasters consistently make up excuses when they’re wrong. It doesn’t even bother me that much when so many market predictions turn out to be wrong. It’s that so many make excuses after the fact and aren’t honest about it. I wish more people would just be honest about the fact that predicting the future is hard. If you want to spot a bad forecaster, someone that consistently blames forces outside of their control for being wrong is a good place to start.

Here’s some more negative knowledge if you want to act like a poor forecaster at all times:

[The above article is presented by  Lorimer Wilson, editor of  www.munKNEE.com and the FREE Market Intelligence Report newsletter (sample here) and may have been edited ([ ]), abridged (…) and/or reformatted (some sub-titles and bold/italics emphases) for the sake of clarity and brevity to ensure a fast and easy read. The author’s views and conclusions are unaltered and no personal comments have been included to maintain the integrity of the original article. This paragraph must be included in any article re-posting to avoid copyright infringement.]

Over the years only 14 pundits have been bold enough to provide a specific date as to when their forecast for the future price of silver would be realized. This article provides that information along with the criteria & rationale for their determinations. END_OF_DOCUMENT_TOKEN_TO_BE_REPLACED

Over the years only 42 pundits have been bold enough to provide a specific date as to when their forecast for the future price of gold (and silver, in some cases) would be realized. This article provides that information along with the criteria & rationale for their determinations. END_OF_DOCUMENT_TOKEN_TO_BE_REPLACED

The internet is awash with analysts who believe that gold is going UP to $10,000 or DOWN to $1,000 and that silver is going DOWN to $15 or UP to $300. Such pundits (Roubini, Sinclair, Rickards, Willie and Edelson to name a few) grab a lot of attention in the media but are their prognostications worth paying attention to or are they just a lot of hot air? END_OF_DOCUMENT_TOKEN_TO_BE_REPLACED

4. This Site Reveals the Performance of Financial Pundits – How Well Has Your Guy Done?

Recently I discovered a website which tracks pundits in finance (and politics and sports). Check it out to see how many of the calls and predictions of your favorite prognosticators have turned out to be true. You’ll be surprised and, no doubt, disappointed! END_OF_DOCUMENT_TOKEN_TO_BE_REPLACED

5. Only Fools Base Investment Decisions On Pundit Predictions! Here’s Why

Nobody can predict what the stock market will do so basing your investment decision on market or economic predictions is a fool’s game. END_OF_DOCUMENT_TOKEN_TO_BE_REPLACED

6. Economic Forecasters Are Consistently Wrong – Here’s Proof & Why It Is Important to Know

7. Analysts Predict the Party Will Keep On Going in 2015! Here Are the Details

10 of the top analysts from the mainstays of Wall Street made predictions to Barron’s in an annual December survey. Their expectations for 2015? The party will keep on going. Here are the details. END_OF_DOCUMENT_TOKEN_TO_BE_REPLACED

Share
Previous The Many Benefits of Having a Bank Account in Hong Kong (+6K Views)
Next Fed May Catapult Gold To +$8,000ozt. Here’s Why (+3K Views) 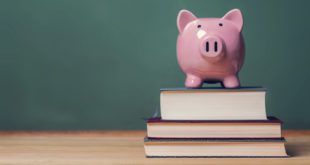 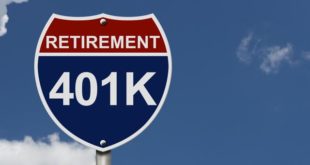