Lorimer Wilson August 6, 2013 Comments Off on Economic Forecasters Are Consistently Wrong – Here’s Proof & Why It Is Important to Know 2,618 Views

So writes Lydia DePillis (washingtonpost.com/blogs/wonkblog/) in edited excerpts from her original article* titled Forecasters are bad at forecasting, study finds.

DePillis goes on to say in further edited (and in some instances paraphrased) excerpts:

A few days before important economic data comes out — housing starts, unemployment, durable goods orders, etc. — analysts guess where they’re going to end up. Usually, they’re not right…and…[according to a]…research from a team at Goldman Sachs…forecasts tend to underestimate the outcome for several months in a row, and then overestimate it for several months in a row [as is illustrated in the chart below]. It’s surprising that if the forecasts were overly optimistic in one month that they’re more likely to be overly optimistic the next month as well because, while you would expect economists to adjust their forecasts based on being wrong the last time, they seem to think they were still close to right [and continue doing so] until they finally change their minds and overcompensate in the other direction and guess what? The phenomenon seems to have gotten more pronounced in recent years.
[Below is a chart showing] the measure of the “autocorrelation,” or the degree to which one consensus forecast will match up with the previous one:

That probably happened because the economic shocks of the last four years have just been so much greater than those of the relatively smooth years before them, and analysts have a harder time adjusting to structural changes.

Why does…[the above] matter? In part, because:

Recently I discovered a website which tracks pundits in finance (and politics and sports) which does just that. Check it out to see how many of the calls and predictions of your favorite prognosticators have turned out to be true. You’ll be surprised and, no doubt, disappointed! Read More »

2. Gold Watch: 6 Forecasters Who Got It Terribly Wrong

Many analysts believe they have insights that enable them to predict the future. They forecast gold going anywhere from $2,600 to $5,000 before the end of 2012 or by the end of 2013 at the latest. Unfortunately, the reading public quickly forgot their prognostications and continue to put credence in their latest crystal ball predictions. This site has decided to call their number. Below is a list of those bold enough to forecast the price of gold reaching a particular price by a specific date and missing the mark. Read More »

Share
Previous It Could Be “Watch Out Below” for Gold Bugs Index (HUI)? Here’s Why
Next Suppressed Wage Growth In U.S. Ensures Continuing Weak Economic Growth 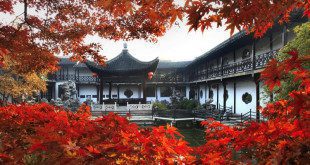