New Developments in the World of Money

Due to concerns about inflation and money printing, the last 20 years has seen an

incredible number of new developments in the world of money. This infographic shows how gold got digital, how digital currencies exploded into life and who the key players are in this global story.

The above words of Will Bancroft (the realasset.co.uk) are edited excerpts from the introduction to his following infographic* entitled The growing digital challenge to government money.

[The following infographic is presented by  Lorimer Wilson, editor of www.FinancialArticleSummariesToday.com and www.munKNEE.com and the FREE Market Intelligence Report newsletter (sample here – register here). This paragraph must be included in any article re-posting to avoid copyright infringement.]

2. What Are P2P Currencies (Bitcoin & Litecoin)? Should We Get Some?

Bitcoin is the first peer-to-peer (P2P) digital currency and payment system to gain significant interest. This month its marketcap surpassed $1 billion. [Below is a description of what Bitcoin is, and isn’t, and why it has caught on to the extent it has.] Read More »

3. Is Popularity of Bitcoins Adversely Affecting Price of Gold?   1 Comment

It is possible that Bitcoins are starting to steal some of gold’s historic role as a safe haven asset, and if that comes to pass it will be a headwind for the metal and the miners of it going forward…. Read More »

4. Bitcoin Is Ushering In a New Monetary Era – Here’s Why

5. This Whole Bitcoin Thing is Fascinating & Troubling – Here’s Why    1 Comment

6. Goodbye Euro, Hello Bitcoin? Will Use of New Crypto-currency Spread Across Eurozone?
For weeks commentators have been discussing the possibility of Greece leaving the eurozone and how a return to the drachma might be facilitated…The drachma is not Greece’s only option however….In some parts of Greece social entrepreneurship, technology, and skepticism of politicians have already given rise to alternate trading mechanisms and created an environment where a cyrpto-currency by the name of “Bitcoin” could become increasingly popular. [Let me explain.] Words: 709 Read More »
Share
Previous Stock Market Crash Coming, Then More QE & Then Commodity Price Spikes (+5K Views)
Next Gender Equality: U.S., U.K., Canada & Australia Fail to Crack Top 10 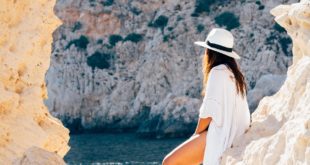 Vacation Loans: What You Should Know Before Getting One

New Auto Insurance Comparison Service Will Save You $Hundreds – Check It Out!