Unknowingly, with QE Infinity, Bernanke has put in motion a runaway move in the

stock market that will end in some kind of crash this summer. The crash will cause Bernanke to double down on QE which will trigger a spike in commodity prices. Let me explain my rationale. Words: 455

So writes Toby Connor (http://goldscents.blogspot.ca) in edited excerpts from his original article* entitled We Are Now Getting Deep Into The Euphoria Stage.

This post is presented compliments of Lorimer Wilson, editor of www.munKNEE.com and the FREE Intelligence Report newsletter (see sample here). The post may have been edited ([ ]), abridged (…) and/or reformatted (some sub-titles and bold/italics emphases) for the sake of clarity and brevity to ensure a fast and easy read. You can also “Follow the munKNEE” daily posts via Twitter or Facebook. Please note that this paragraph must be included in any article re-posting to avoid copyright infringement.

Depending on how long and far above the 200 day moving average this thing stretches will determine how violent the stock market crash will be when the forces of regression take over. I think we could see a crash of 15%-20%.

The problem with runaway moves in the stock market is that they stretch way too far above the mean in both price and time. As this process progresses institutional traders become more and more nervous, so the stock market becomes more and more shaky. Kind of like a heavy snowfield just waiting for that last snowflake to turn it into an avalanche – and that’s exactly how these stock market runaway moves end. At some point all of these nervous investors try to get out the door at the same time and you get a crash or semi-crash.

Until the crash comes…the stock market will probably continue to creep higher with occasional 40-50 point corrections [which is] characteristic of runaway moves. They set a standard correction size early in the move and all corrections thereafter fall in the range. Then at some point one of those corrections spikes through the range and months of gains get wiped out in a matter of days, or even minutes. The flash crash in 2010 is an excellent example of a runaway move crash.

Here’s How it Should Play Out

All the pieces are starting to fall into place:

Look for a final top in the stock market late this year or early in 2014 and a much extended topping process as the fundamentals slowly overwhelm Bernanke’s printing press.

Editor’s Note: The author’s views and conclusions in the above article are unaltered and no personal comments have been included to maintain the integrity of the original post. Furthermore, the views, conclusions and any recommendations offered in this article are not to be construed as an endorsement of such by the editor.
*http://goldscents.blogspot.ca/2013/04/we-are-now-getting-deep-into-euphoria.html

1. Stock Market & Economy Could Be in BIG Trouble By End of October – Here’s Why

I generally shy away from making time-specific economic and stock market predictions simply because odds are very low you’ll be correct on both the prediction and the timing. However, there are certain times when the environment is conducive for a prediction that comes along with an expiration date. Today is one of those times. Read More »

2. Bernanke Has Created the Mother of ALL Stock Market Bubbles – Here’s Why

What do 1929, 2000 and 2007 all have in common?  Those were all years in which we saw a dramatic spike in margin debt.  In all three instances, investors became highly leveraged in order to “take advantage” of a soaring stock market but, of course, we all know what happened each time.  The spike in margin debt was rapidly followed by a horrifying stock market crash.  Well guess what?  It is happening again.  Read More »

4. Another Warning of Possible Major Decline in S&P 500

Over the past 6 years, when the yield on high yield bonds (junk bonds) broke above resistance of bullish falling wedges, the S&P 500 ended up declining between 17% & 50%. Will it be different this time? Read More »

The S&P 500 index is trading at record high levels and optimism remains high with Barron’s professional money manager survey indicating a record 74% money managers being bullish on markets even at current levels. [When one] measures valuations with respect to expected growth, [however, the ensuing ratio, the PEG ratio,] suggests overvaluation at these levels. [Let me explain further.] Words: 254; Charts: 1 Read More »

In the 7 years that the Greedometer has been used there have been zero missed calls, and zero false alarms.  The 7th warning began in January and in late February,the Greedometer gauge reached an epic 7900rpm which is marginally higher than the 7700rpm maximum reading seen 3 months prior to the S&P500 peak in October 2007. [This article outlines the development and successes of the Greedometer and the new Mini Greedometer and what they are predicting for the stock market in 2013.] Words: 1420

7. It’s Time to Apply the “Greater Fool Theory” and Sell Your Winners to All Those Fools

8. Watch Out For Falling Stocks! Here’s Why

10. Insider Trading Suggests That a Market Crash Is Coming

11. This False Stock Market Bubble Will Burst, Major Banks Will Fail & the Financial System Will Implode! Here’s Why

12.  5 Sound Reasons Investors Would Be Better Off On the Sidelines Than In the Market

13.  5 Sound Reasons Investors Would Be Better Off On the Sidelines Than In the Market

14. History Suggests Dow Has Only 4% More To Go Before Correcting

The Dow is just a “pinch away” from a series of resistance lines, ranging from 13 years to 31 years, that have marked important emotional highs & lows in the past suggesting that once the Dow reaches 16,000 or so it will correct. Read More »

The GNP numbers came out this week for the first quarter of 2013 and there was 1.8% growth yoy to $16.236 trillion…What does this mean to your equity positioning? Read More »

Share
Previous Bookmark This Article: The Stock Market Will Crash Within 6 Months! (+4K Views)
Next New Developments in the World of Money 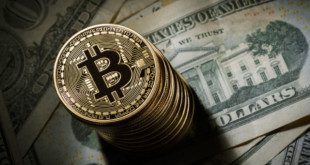 New ETF Will Make It Easier, Safer & More Convenient To Invest In Bitcoin 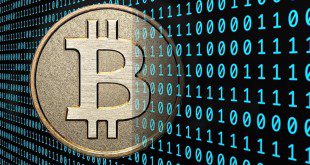