7 Ways the Average American Is Worse Off Today

Lorimer Wilson January 27, 2019 Comments Off on 7 Ways the Average American Is Worse Off Today 1,460 Views

Prepared by Lorimer Wilson, editor of munKNEE.com – Your KEY To Making Money! [Editor’s Note: This version* of the original article has been edited ([ ]), restructured and abridged (…) by 52% for a FASTER – and easier – read. Also note that the original author is receiving compensation from Seeking Alpha for pageviews of his original unedited article as posted there so please refer to it for more detail.]

“…With all the ostensible ways that we are better off, [though,] it’s useful to highlight the important ways in which the American consumer is actually worse off today than in past decades.

The following are seven of those ways:

1. Participation in the Labor Force Has Dropped Off

After decades of bringing women into the workforce from the 1950s to the 1990s, participation in the employed population has dropped off without recovery. 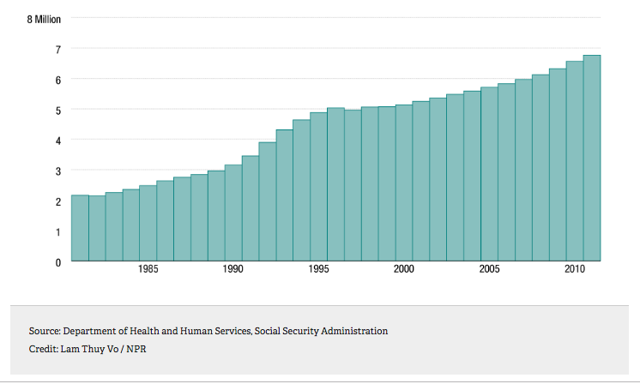 …What does falling labor force participation rate have to do with consumption? Well, in case it isn’t obvious, working affords one a larger income to spend. Not working, even if one collects the average annual disability benefit of $14,808, results in far less spending power. 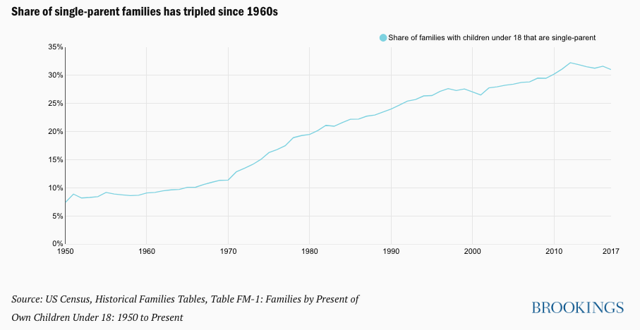 Why is this a problem, financially speaking? It’s a problem because two-earner households have kept stagnating middle-income wages from declining since the 1970s. Without that second earner, or at least someone to watch the kids while the other pursues full-time employment, single-parent households will continue to struggle. Struggling households cannot afford to spend as much as non-struggling households. 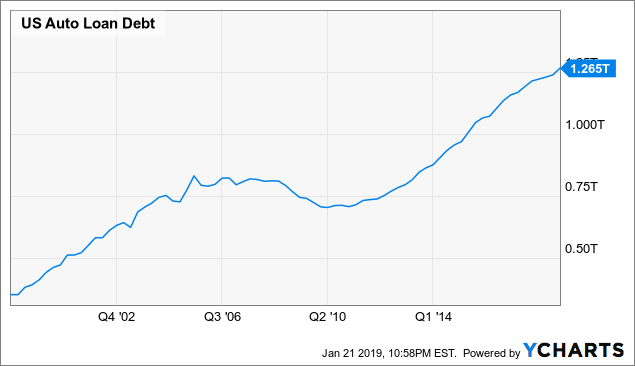 Much of this auto loan debt is subprime (about one-fourth, according to Matthew Frankel), which is unsettlingly high. Combine this with the fact that the average financing term for a new car is 65 months (over five and a half years). What happens to these consumers if and when their income is no longer able to service the debt on these vehicles? Less spending, certainly.

4. Student Loan Debt Is High & and Graduation Rates Are Low

…While the job market has certainly improved since the Great Recession, it hasn’t been able to absorb the huge number of newly minted degree-holders with gainful employment.

…[The above] bodes poorly for future consumer spending and it helps explain the next point.

5. Millennials Are Falling Behind In Home Ownership

…The homeownership rate among Millennials has not risen at more or less the same pace as their parents’ generation.

Home prices have not made it easy for the younger generation to enter home ownership.

Demand for homes has been strong, but not widely dispersed. Hence the weak homeownership rate.

This is important because, as the national wealth increases and home prices rise, homeowners see large gains in their net worth. These gains then boost investment and consumption but, when a smaller percentage of the population can enjoy these gains (due to fewer homeowners), the growth in consumer spending is correspondingly smaller. Less consumer spending, less GDP.

Credit card debt is exponentially worse than in previous decades. 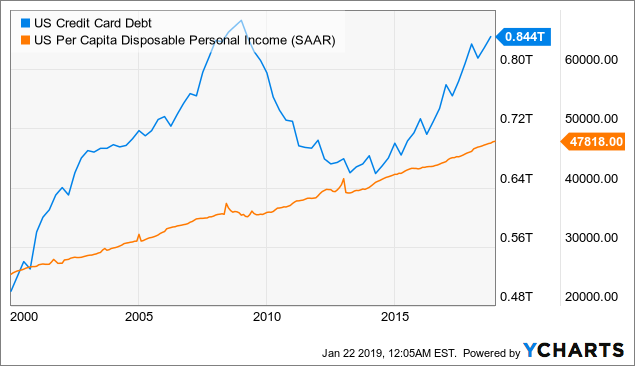 (Please note that this information from YCharts is a bit behind; total credit card debt currently tops $1.02 trillion.)

More American consumers rolling over balances to the next month and the month after that means that a day of reckoning will eventually come, and when it does, consumer spending will have to slow.

7. Most Americans Have Meager Savings Accounts

Most Americans have very little in savings.

Those household with an income:

[A look at] the savings rates by wealth class shows that: 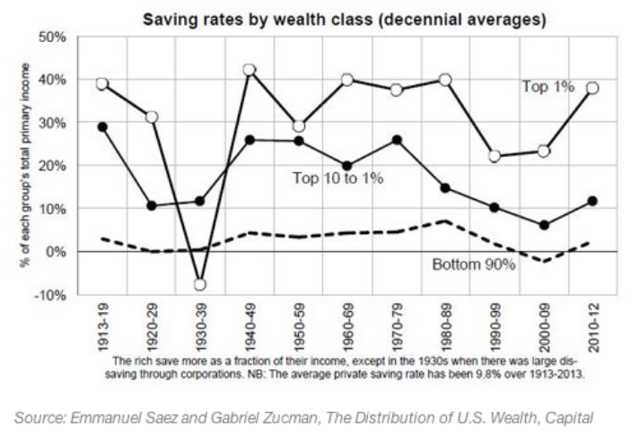 With all this in mind it is not surprising that:

Debt has kept the American consumer spending in the last few decades, but this can’t last forever…Low interest rates can mask its true weight for a time, but not forever…The average consumer is in for some financial pain in the near-ish future. That pain will lead to attractive buying opportunities, but for now, money markets and ultra-short term bond funds…are a good place to store any profits you might be taking as markets regain some of their lost ground.”

Share
Previous Immigration: Does It Drag Down the Economy? Lower Wages? Take Jobs from the Native-born?
Next New All Time Record Highs For Gold & Silver Coming In 2019 (+3K Views)