now, and it doesn’t have anything to do with unemployment, inflation or housing.  If this number gets too high, it will collapse the entire U.S. financial system.  The number that I am talking about is the yield on 10 year U.S. Treasuries. Here’s why.

Here’s why: when the yield on 10 year U.S. Treasuries goes up,

We are living in the midst of the greatest debt bubble in the history of the world, and the only way that the game can continue is for interest rates to stay super low.  Unfortunately, the yield on 10 year U.S. Treasuries has started to rise, and many experts are projecting that it is going to continue to rise…

Historically speaking, rates are still super low, but what is alarming is that it looks like we hit a “bottom” last year and that interest rates are only going to go up from here. This rise in interest rates has been expected for a very long time – it is just that nobody knew exactly when it would happen.  Now that it has begun, nobody is quite sure how high interest rates will eventually go…

[A significant rise in interest rates]…is very bad news for stocks…Stock prices have generally risen as the yield on 10 year U.S. Treasuries has steadily declined over the past 30 years…When interest rates go down, that spurs economic activity, and that is good for stock prices, so when interest rates start going up rapidly, that is not a good thing for the stock market at all…

The above version of the original article by Michael Snyder (theeconomiccollapseblog.com) has been edited ([ ]), abridged (…) and/or reformatted (some sub-titles and bold/italics emphases) for the sake of clarity and brevity to ensure a fast and easy read. This paragraph must be included in any article re-posting to avoid copyright infringement.

1.  Rising Interest Rates Could Plunge Financial System Into a Crisis Worse Than 2008 – Here’s Why

If yields on U.S. Treasury bonds keep rising, things are going to get very messy.  What we are ultimately looking at is a sell-off very similar to 2008, only this time we will have to deal with rising interest rates at the same time.  The conditions for a “perfect storm” are rapidly developing, and if something is not done we could eventually have a credit crunch unlike anything that we have ever seen before in modern times. Let me explain.

Share
Previous The 5 Stages of Collapse: Financial, Commercial, Political, Social & Cultural – Where is the U.S. Now? (+24K Views)
Next Don’t Save Money, Save Gold and/or Silver! Here’s Why (+29K Views) 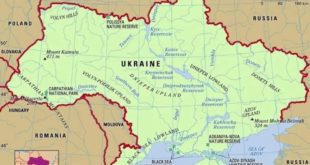 The 5 Stages of Collapse: Financial, Commercial, Political, Social & Cultural – Where is the U.S. Now? (+24K Views)