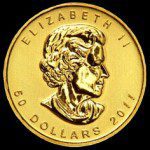 Advertisements and telemarketer pitches are everywhere these days touting gold, and specifically collectible gold coins, as the ultimate investment – as the place to be in these times of financial and economic uncertainty – are not telling you the whole truth and nothing but the truth about investing in gold. Words: 780

Lorimer Wilson, editor of www.munKNEE.com, provides below reformatted and edited [..] excerpts from Bill Haynes’ (http://www.cmi-gold-silver.com) original article* for the sake of clarity and brevity to ensure a fast and easy read:

Grossly Inflated Prices
Most of the firms involved in such telemarketing are promoting gold coins at grossly inflated prices – marking up the prices by [as much as] 100%.

How is it that these firms can convince investors to buy at such inflated prices when the normal markup on gold bullion coins is 2-7%, depending on the coins and the quantities? Several factors come into play:

1. Fear
The ads are based on fear, and the telemarketers reinforce that fear by talking about alarming topics that dominate the news, such as the declining dollar, the burgeoning national debt and massive deficit spending. The possibility of war with Iran is often used to scare callers.

By focusing on frightful topics, the telemarketers get callers to react emotionally, instead of logically. Instead of buying gold coins as an investment, callers are moved toward buying protection against Armageddon.

2. Misrepresentation – Gold Confiscation
Should the callers be astute enough to ask about the American Eagle gold coins, the world’s best-selling gold coins, or the South African Krugerrands, the world’s best known gold coins, both of which carry very low premiums over the value of their gold content, the telemarketers unload their big guns and start talking about “gold confiscation.”

In 1933, in the midst of the Great Depression, by executive order President Roosevelt made it illegal for Americans to own gold bullion or gold bullion coins. The order stood until December 31, 1974. Telemarketers call Roosevelt’s act a “confiscation,” but in reality it was a “call-in” of U.S. gold coins.

Americans turning in their gold coins were given U.S. paper currency of equal face value. Still, Roosevelt’s “call-in” was a dark moment in American history, and it haunts the gold market to this day. In the back of the mind of the most optimistic gold investor lies the fear that someday the government may again call in gold “if things get bad enough.”

Some promoters go as far as to say that old U.S. gold coins, the most frequently touted coins, are “not confiscatable by law.” The issue of the government confiscating gold is not addressed in U.S. law, but that does not stop some telemarketers from asserting such.

Conclusion
Buying gold has long been an accepted move during periods of uncertainty, but it is not a prudent move if you buy at highly inflated prices. Sadly, people who respond to today’s radio and television ads that hawk gold are likely to pay way too much for their gold.

Investors wanting to buy gold would be much better off if they went with basic bullion products, such as American Gold Eagles, Krugerrands or gold bullion bars, of which several sizes are available. These products can be purchased at 2-5% over the value of their gold content, depending on product and the quantity. Gold bullion bars usually carry smaller premiums than gold coins.

At first glance, buying gold may seem a simple, straight forward process. However, there are dangers, such as falling for a telemarketer’s line that his coins are “non-confiscatable” and somehow have more value because you bought them from him. Basic bullion is the way to go when investing in gold.