It is estimated that the collective cost of tax evasion over the last decade in the U.S. is $3.09 trillion and that $5 billion a year is  lost from fraudulent tax refund claims. Below are more eye-popping numbers in infographic form.

The infographic below is from Online-Accounting-Degrees.net as brought to you by Lorimer Wilson, editor of www.FinancialArticleSummariesToday.com and www.munKNEE.com and the FREE Market Intelligence Report newsletter (sample here – register here). :

1. Taxes on “Rich” Vary Dramatically by Country – Take a Look

There is a lot of debate these days about the extent at which the “rich” among us should be taxed. That is an argument that no one is going to win but the findings of a study comparing the tax rates of such individuals on a comparative basis by country is most enlightening. Take a look to see how your country’s tax rates on the “rich” compare with other countries. Some of you will read this article and be quite displeased while the majority of you should realize that you have nothing to complain about (relatively speaking, that is). Words: 455 Read More »

2. How Much Do You Pay in Taxes Compared to Residents of Other Countries? Take a Look

It seems that Americans (and particularly those who vote Republican) are always complaining about how much they pay in personal income taxes. Frankly, however, they have absolutely nothing to complain about when compared to what the citizens of Canada, Australia, the U.K., New Zealand, Germany, Belgium and almost all other countries pay. Here’s a list of 20 countries of note showing what their effective tax rates are at the equivalent of USD100,000 and USD300,000 for comparative purposes. Words: 510 Read More »

3. The Top 5 States Residents Are Fleeing Due To Financial Repression (Increased Taxes)

The past few years have really put the squeeze on cash-strapped states to find new sources of revenue. This environment has generated a level of tax aggression from certain states, which in turn has resulted in a net loss of revenue instead of the intended gain. Residents have begun voting with their feet, deciding to move out of the state instead of thinning their pocket through unwanted taxation. So which states are chasing away their residents? How does it impact you if you live in one of them? We track migratory patterns through our residency product data, and while some of the states are no-brainers, others may surprise you. [Take a look.] Words: 691 Read More » Bitcoin Trading Tips That Will Help You Improve Your Strategy

Thinking Of Selling Your House? Here’s What You Need To Know 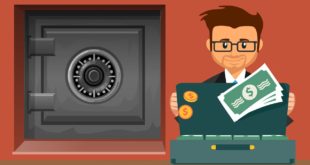 How to Find the Right Bank Account for Your Business