Tax Havens Should Be Applauded – Not Persecuted. Here’s Why

Lorimer Wilson November 10, 2014 Comments Off on Tax Havens Should Be Applauded – Not Persecuted. Here’s Why 1,738 Views

Tax havens are something that should be applauded, not persecuted, but what we’re

seeing throughout the world today are international bureaucracies and politicians from high-tax nations launching a very coordinated attack against these jurisdictions…to, in effect, set up something equivalent to OPEC – not a cartel to keep energy prices high on behalf of oil producing countries but an effort by politicians in high-tax nations to create a cartel that will keep taxes high.

The above comments are edited excerpts from an article* by Dan Mitchell (internationalman.com) entitled A Primer on Tax Havens.

Mitchell goes on to say in further edited excerpts:

Most economists recognize that cartels are a bad idea and, if it’s a bad idea for there to be cartels in the private sector, it’s a horrible idea to have cartels among governments; and yet that’s what the Organization for Economic Cooperation and Development (OECD), the European Commission, and various politicians from high-tax nations are trying to do.

The problem is, politicians for the most part don’t like low-tax policies. [After all,]:

They do it by imposing high tax rates and then using the money to divvy up among those that are on their side – so why are they trying to attack tax havens? Because tax havens are the most powerful instrument of tax competition.

Imagine you’re back in your Economics 101 class in college, learning about monopolies and oligopolies and cartels and competition…

We’ve seen the same dynamic with governments around the world. Today, labor and capital are a lot more mobile, which means that taxpayers around the world have options to move either themselves or their money across borders if governments are trying to impose high tax rates – but the bad news is that the politicians have figured out what’s going on. This is why we’re seeing all of these international bureaucracies trying to come up with ways of attacking tax havens…

(By the way, I can not resist pointing out the irony of something. If you work for the OECD, you get a very generous salary, and you work in an elaborate chateau over in Paris and, guess what, by international treaty, you pay no tax…Certainly at the very least, the first thing that should happen is they should learn what it’s like to be a taxpayer before they start interfering with the sovereign right of jurisdictions to set up their own tax policies.)

When you listen to the politicians, what do they always say? “We’re trying to stamp out tax evasion.” Well, all the academic evidence out there says one thing: tax evasion is linked to one variable—tax rates. You can shut down all the low-tax jurisdictions, but it’s not going to affect tax compliance so long as tax rates are high so, if you really want to have better tax compliance, the key is to have lower tax rates… Unfortunately the politicians almost always choose the wrong approach.

The issue of tax havens isn’t entirely economic, however; there’s a moral component as well. The majority of the world’s population still lives in jurisdictions where fundamental human rights are not respected and, as such, have a major interest in protecting their financial privacy.

In other words, tax havens are a refuge for people who need financial privacy to protect themselves. It’s worth noting that the Swiss financial privacy laws were actually strengthened and codified back in the 1930s to help protect the German Jews who were hiding their money from the Gestapo.

In short, the whole assault on tax havens is economically and morally reprehensible. Tax havens are something that should be applauded, not persecuted.

[Below are edited excerpts from another article** by Mitchell expanding on the subject of tax havens entitled The Economic Case for Tax Havens.]

Let’s quickly run through four reasons why tax havens are good for the global economy.

They do this by pressuring politicians in high-tax nations to lower tax rates because of tax competition. Tax havens are very valuable in this regard because politicians are less likely to be greedy when they know taxpayers have escape options.

Remarkably, even OECD economists understand that tax competition is a pro-growth force in the world economy. They’ve admitted that the ability to choose the location of economic activity offsets shortcomings in government budgeting processes, limiting a tendency to spend and tax excessively.

Another OECD study acknowledged that decentralization can make governments more accountable. It may also introduce competition across jurisdictions and thus raise public sector efficiency. These are astounding confessions, since the OECD is the bureaucracy that’s leading the attack against low-tax jurisdictions.

Tax havens have been especially helpful in convincing politicians to reduce the double taxation of saving and investment. Many nations have lowered or eliminated death taxes and wealth taxes because the politicians have finally figured out that oppressive tax laws simply lead taxpayers to move their money to havens such as Luxembourg or Panama.

From an economic perspective, these lower tax rates are critical because they reduce the tax bias against saving and investment. This encourages people to set aside more of today’s income to finance tomorrow’s growth. Even socialists agree that capital formation is the key to long-run prosperity and rising living standards.

According to World Bank data, nine of the world’s 13 richest jurisdictions are tax havens. Academic researchers, not surprisingly, have confirmed that tax havens grow faster and create more prosperity for people. This is especially important in the developing world, where poor nations that become tax havens enjoy big increases in prosperity and big reductions in poverty.

One of the problems plaguing poor nations is the lack of sound institutions. Property rights, the rule of law, and sound money are the indispensable building blocks for wealth creation and economic growth. Well, two academics found that the desire to become a tax haven leads nations to improve their institutions for the simple reason that global investors don’t want to place their money in poorly governed jurisdictions…

This seems like an odd result, but it actually makes a lot of sense. Most countries, even high-tax nations, generally have more favorable tax rules for inbound investment. This is because politicians figure that their own citizens are captive customers and can be overtaxed, but they understand that they have to compete for global investment, so there are better rules for foreigners.

What happens then is that citizens from high-tax nations often move their money to a neighboring tax haven. They then pretend that they’re foreigners and use the haven as a platform to invest back in their own country. This additional investment in the high-tax country which otherwise would not have taken place increases its prosperity.

Let’s close with a quote that captures the essence of the issue.

John McGuiness of Northwestern University Law School wrote that “Jurisdictional competition among sovereign nations is a primary mechanism for empowering the encompassing interest of a nation and reducing the ability of interest groups to take resources from the government. Leaders are therefore restrained from rewarding themselves, their supporters or influential special interest groups.”

1. Tax Havens: How & Where the Wealthy Stash Their Cash Around the World

People have spent decades stealthly shifting money into the tax havens of European principalities, Caribbean archipelogos and Pacific islands. Unravel the mystery of how they do it in this exclusive interactive END_OF_DOCUMENT_TOKEN_TO_BE_REPLACED

2. Fact #2: The U.S. Has the Highest Corporate Tax Rate in the World

3. Taxes Vary Dramatically Around the World – How Does Your Country Compare?

Compared with Ireland, where the individual tax rate is a whopping 48%, the U.S. national average of 36.9% is not so bad. How does your country compare? END_OF_DOCUMENT_TOKEN_TO_BE_REPLACED

It is estimated that the collective cost of tax evasion over the last decade in the U.S. is $3.09 trillion and that $5 billion a year is lost from fraudulent tax refund claims. Below are more eye-popping numbers in infographic form. END_OF_DOCUMENT_TOKEN_TO_BE_REPLACED

5. How Much Do You Pay in Taxes Compared to Residents of Other Countries? Take a Look

It seems that Americans (and particularly those who vote Republican) are always complaining about how much they pay in personal income taxes. Frankly, however, they have absolutely nothing to complain about when compared to what the citizens of Canada, Australia, the U.K., New Zealand, Germany, Belgium and almost all other countries pay. Here’s a list of 20 countries of note showing what their effective tax rates are at the equivalent of USD100,000 and USD300,000 for comparative purposes. Words: 510 END_OF_DOCUMENT_TOKEN_TO_BE_REPLACED

Share
Previous Who Buys U.S. Treasury Debt Now That the Fed Has Ended QE – Who? Got Gold? (+2K Views)
Next Millennials seem so angry these days & no wonder – we lied to them! 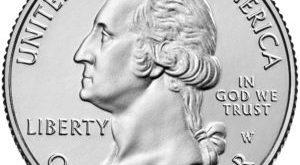 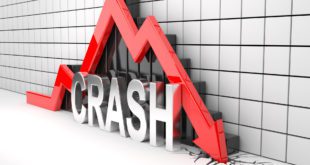 Silver & Gold Investors: You Can’t Predict a Stock Market Crash, But You Can Prepare For It – Here’s How