relative to overall economic activity), it’s usually a sign investors have become far too greedy. Not only did margin debt recently hit nominal record-highs, it hit new record-highs in relation to GDP, as well. In other words, over the past several decades, investors have never become so greedy as they did recently – and yes, this includes the dot-com bubble!

This post is an enhanced version (i.e. not a duplicate) of the original by Jesse Felder (TheFelderReport.com) in that it has been edited ([ ]), abridged (…) and reformatted (structure & font) by the editorial team at

to provide you with a faster and easier read. Enjoy! 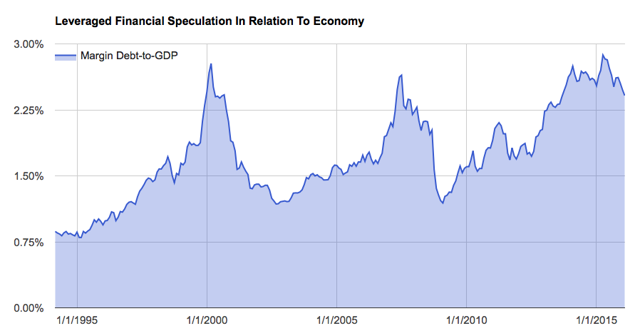 One reason I prefer this measure is that it has a fairly high negative correlation with forward 3-year returns in the stock market. When investors become too greedy, returns over the subsequent 3 years are poor and vice versa. As of the end of February, the latest forecast implied by this measure is for a loss of about 35% over the next three years.

While this measure is pretty good at forecasting 3-year returns, that doesn’t help much for investors concerned with the next year or so. In this regard, it may be helpful to observe the trend of margin debt. Where is the nominal level of margin debt relative to its 12-month moving average or simply its level from one year ago? Historically, when these indicators turn negative from such lofty levels, a bear market, as defined by at least a 20% drawdown, is already underway. Right now both of these measures are, in fact, negative. 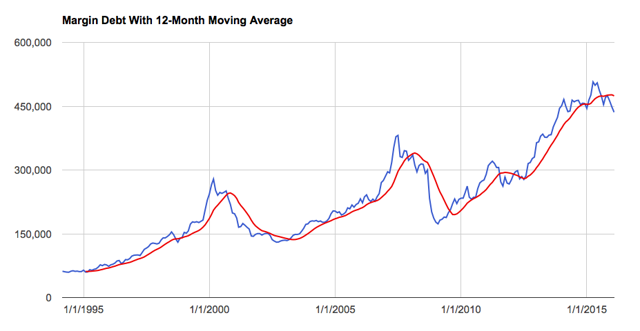 Wanted! Contributors of original articles & links to other informative articles that deserve a wider read. Send to editor(at)munKNEE(dot)com.

Share
Previous Gold & Gold Stocks To Explode Higher In Coming Weeks – Here’s Why
Next The Growing Polarization of Politics in the U.S.