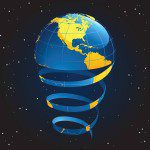 coming to the rest of the world and that:

Join Greg Hunter (http://usawatchdog.com) as he goes One-on-One HERE in a 14:39 long video conversation (8,900 views to date) with Gregory Mannarino (http://TradersChoice.net) as presented to you by www.munKNEE.com (Your Key to Making Money!).

Think what is happening in Cyprus can’t happen in the U.S?  More than $10.8 trillion in deposits are insured by the FDIC with a $33 billion insurance fund.  Mannarino says, “That’s pretty scary,” and the best way to protect yourself is to “get into real assets . . . there would be no problem if people in Cyprus would have heeded that advice.”

1. Economic Collapse of Governments and Societies is Inevitable – Here’s Why

Things will get messy and nasty, sooner rather than later. Protect yourself and your family by preparing for a complete and utter economic collapse that will also collapse governments and societies. Predatory government will be stealing assets from anyone who has them.

2. For Simple-Minded Keynesians: The Global Endgame in 14 Points

For those who haven’t yet grasped the uselessness of government policy, please read Charles Hugh Smith’s simple fourteen point explanation below. It details the steps government has taken, why they are failing, why the middle and poorer classes must get poorer and suggests that we are close to the end of the Ponzi scheme that has provided the myth that our economy has been strong for the last couple of decades.

3. 50 Reasons to Seriously Consider Becoming a Prepper – Financially or Otherwise

[While] I am not a prepper in the traditional sense of stockpiling food, guns and the like, I have always considered myself a financial prepper…For anyone not familiar with how dicey matters are becoming, [however,] I suggest they read the 50 questions below. Words: 1323

5. If You Are Not Preparing For a US Debt Collapse, NOW Is the Time to Do So! Here’s Why

“World Debt 101″ examines some of the world’s largest economies and illustrates just how much they have borrowed and what measures many of their  governments are now taking to curb spending and narrow those deficits.

8. Monty Pelerin: Economic Collapse Coming to U.S. & Other Industrialized Nations of the World!  Here’s Why

Those dependent on the welfare state are unaware that their benefits are not sustainable. Most believe tomorrow will be like today and the checks will keep coming from Mother Government. Political power was gained based on promising these benefits. No politician will risk his position by trying to reduce them. No democratic society has ever rolled them back via peaceful political means. [At worst,] the economy and society could end up in ashes [and, at best,] the world is in for a long period of stagnation, retrogression and conflict. [Let me explain more fully.] Words: 1115

9. Are Preparations Being Made For Worldwide Financial Collapse?

11. Government Can’t Prevent the Next Financial Diaster – Here’s Why

12. Martin Weiss: You Are Being Forewarned – Again – About an Imminent Financial Megashock!

Share
Previous 3 Critical Drivers for Gold, Silver & Their Relative Securities
Next Dumpster Diving for Gold – An Infographic on “Urban Mining”