3 critical drivers for gold, silver and their relative securities [are once 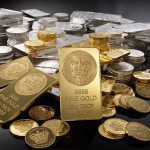 again enticing] investors to…take stakes here. These catalysts…affect both the short-term and long-term, and so, at the very least, a floor may be developing.

So writes Markos Kaminis (www.wallstreetgreek/blogspot.ca/) in edited excerpts from an exclusive posting on Seeking Alpha entitled 3 Reasons to Buy Gold and Silver.

The post by is presented compliments of www.FinancialArticleSummariesToday.com (A site for sore eyes and inquisitive minds), www.munKNEE.com (Your Key to Making Money!) and the Intelligence Report newsletter (It’s free – sign up here) and may have been edited ([ ]), abridged (…) and/or reformatted (some sub-titles and bold/italics emphases) for the sake of clarity and brevity to ensure a fast and easy read. Please note that this paragraph must be included in any article re-posting to avoid copyright infringement.

Due to the exclusive nature of the article as posted on Seeking Alpha the contents can only be outlined briefly below but if they should spark your interest for more detail you are encouraged to click on the hyperlink above to read the original article in its entirety.

Kaminis goes on to say in further edited excerpts:

…the Federal Reserve just published its latest economic forecasts. In my estimation, the impact of the sequester spending cuts and the expiration of the payroll tax break were not incorporated into the forecast for real GDP growth…I do not see this information factored into the market, and so a correction could ensue if real economic growth starts to show impact when reported…I believe positive economic expectations have been a key underlying factor behind the market’s appreciation. If we take that away, we pull the rug out from under stocks, and capital will again flow into safe havens like gold, silver and their relative securities.

The latest fumble by the Europeans, spurring a run on Cypriot banks and driving fear into the hearts of savers globally (or at least in Europe), turned investors toward mankind’s age old currencies, gold and silver…Because of the EU’s foolish decision to tax Cypriot savers in an indiscriminate fashion, the confidence of savers globally has been damaged. This makes runs on banks that much more possible, and those are terribly destabilizing events.

President Obama visited Israel last week…just days after he said publicly that Iran was probably a year away from having a nuclear weapon…adding that we would not want to wait until the last minute to address the issue. We assume he meant by military means. Prime Minister Netanyahu’s… reelection campaign was keyed on the prioritization of the Iranian nuclear issue. Though it seems like it has forever been an imminent event, these latest descriptions seem to say it really might be this time…[O]ne must wonder what could result for the global economy and for fiat currency if things got out of hand…so here is yet another reason to own mankind’s fall-back favorite currency, precious metals.

With these 3 critical drivers for gold, silver and their relative securities, investors should find reason to once again take stakes here. The catalysts I have described affect both the short-term and long-term, and so, at the very least, a floor may be developing here for the metals and relatives. Such a floor would offer a margin of safety for capital put at risk…

Looking at the recent Gold Miners price action and crash-like conditions, I cannot hide my excitement. As we judge the recent cyclical bear market within the longer term secular uptrend, we can see that Gold Miners are becoming very attractive. Whether it is the technically oversold levels that only occur a handful of times over a generation, the rock bottom valuations on nominal or relative basis, or the extreme sentiment that the overall sector is going through, all of these indicators point to one conclusion: we are fast approaching a major buying opportunity. [I support that contention below with the use of 8 charts and a full explanation of each.] Words: 1133; Charts: 8

4. Gold Stocks Go Up Dramatically In Inauguration Years – Will Another +20% Increase Occur This Year?

5. Goldrunner: These Fundamental Charts Say “Gold Is Getting Ready to Run!”

The U.S. Dollar is being very aggressively devalued in a parabolic…[manner] as we enter the final stage in the paper currency cycle. The government needs Gold to go vastly higher so the budget can be balanced after all of the paper promise debts are added to the balance sheet. Interestingly, Michael Belkin, arguably one of the best analysts in the world, expects earnings for companies to plunge this year causing the DJIA to crater about 30%.  This fits with the kind of correction in the now high flying DJIA that we have discussed per the late 70’s charts where Gold and the Dow would meet between 10,000 and 12.000. Words: 1022

6. Goldrunner: We’re at the Cusp of a Parabolic Move In Gold & Silver! Here are the Fundamentals & Technical Set Up to That End

When are Gold and Silver going to start a huge parabolic move up?  I, personally, think that we are sitting at the cusp [of such happening] as we speak on an intermediate-term basis….Below are… the fundamentals and technical set-up [to that end].

Gold investors often fail to watch the Federal Reserve with enough attention to detail and can miss buying opportunities like the present one, as a result. The case for gold is as strong as ever and I outline in this article why with details you’re unlikely to see anywhere else. Words: 775; Charts: 6

9. Equities Should Outperform Gold in the First Half of 2013- Here’s Why

I expect gold to move sideways or trend down in the first half of 2013 [and, as such,] I would consider this as a good opportunity to buy gold as there is still no long-term fix in place for the economic and financial problems [that the U.S., and indeed the world, face. Here’s why]. Words: 665; Charts: 5

As we begin 2013, there has been an important shift in regards to precious metals…the decoupling that has taken place between the equity market and the precious metals complex…[which] began nearly 17 months ago (decouplings of three or six months are not significant). Since the Euro crisis in summer 2011, the equity market has rallied nearly 30% and reached a five-year high, but gold stocks are down by more than 30%…[and, as such,]  precious metals cannot begin an impulsive sustained bull move if the equity market continues to move higher. The equity market has to struggle with resistance and begin a mild cyclical bear move. While over the near-term precious metals can confirm a higher low, the 2013 success of the sector depends on the struggles of conventional stocks. [This article explains why that is the case and uses several charts to illustrate the point.] Words: 899

Share
Previous Gold $5,000 & Silver $200? Market Reality Is Not Until…
Next Pan-Global Financial Collapse May Be Close At Hand Due to Banking Crisis in Cyprus