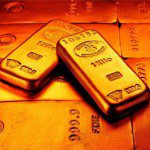 is as aggressive as it gets and as bullish as it gets for gold. Inflation will be let out of the bag, maybe for the next three to four years. In this environment gold and silver are the best investments around…We are really talking about the next leg higher in this bull market…This is the leg I expect to take gold to $3,000 before the end of 2012.

So says Stephen Leeb* (www.leeb.net) in edited excerpts from an interview he had recently with King World News entitled “Leeb – Fed Game Changer Sparks 2nd Leg of Gold & Silver Bulls” where it can be read in its entirety.

Lorimer Wilson, editor of www.FinancialArticleSummariesToday.com (A site for sore eyes and inquisitive minds) and www.munKNEE.com (Your Key to Making Money!) edited ([ ]) and abridged (…) the opening paragraph for the sake of clarity and brevity. Please note that this paragraph must be included in any article re-posting to avoid copyright infringement.

With gold closing above the critical $1,650 level and silver above $30, my view is that we have bottomed and we are on the way to much higher levels. We are seeing a bit of sideways action here, but it’s sideways to upward and I think that will continue. I like the pace, the fact that it’s not going up too fast, but I think we will see an acceleration to the upside in short order. Words: 924

5. Buy Gold NOW Ahead of Further QE – Here’s Why

Share
Previous Williams STILL Believes a Hyperinflationary Great Depression is Coming! Here’s Why (+3K Views)
Next Alf Field: Correction in Gold is OVER and on Way to $4,500+! (+3K Views)