business is the classical gold standard – a system in which every major nation defines its currency as a weight unit of gold. [Let me explain.] Words: 890

So writes Lewis E. Lehrman in edited excerpts from his original article* as posted on DailyReckoning.com under the title The Least Imperfect Monetary System.

Lehrman goes on to say in further edited (and perhaps paraphrased in some instances) excerpts:

[The result of a classical gold standard would be]… a multilateral currency system instead of a single country being subsidized the way a reserve currency country like the United States and its dollar is, or the British Empire during the period when sterling was a reserve currency. All countries would exist on an equitable trading basis. Just as working people wouldn’t have any advantages over the financial class on Wall Street, no nation would have an “exorbitant privilege” of issuing its own currency to pay debts that are never settled.

Today, with floating exchange rates and the central bank issuing money directly to the banks through the process of quantitative easing and direct bailouts, the financial class is in a position of getting the money first. It puts the financial class in a position to borrow money at 1% and buy commodities, speculate in stocks and front-run the Fed on buying bonds. As a result, they accrue all of the profitability in the economy long before this money reaches the working people.

The “exorbitant privilege” under the reserve currency — a role of the dollar — is an exorbitant right for the financial and speculator class, who are the supplicants of the Federal Reserve System. They borrow money at virtually zero cost compared with [those of you who]…have to pay 12%, 15%, 20% on your credit card balance, and much higher rates for your mortgages.

The reserve currency role of the dollar — that is to say the unique means of payment worldwide whereby only the United States’ [debtors]…are given the privilege of paying in dollars, both internally and abroad — was referred to by French President Valery Giscard d’Estaing as an “exorbitant privilege”…[which] is a way of describing a [system that has enabled] 15 legislative attempts over the last 20 years by the Congress of the United States to control the budget deficit…[to fail].

Why… has Congress been unsuccessful? [After all,]…these are serious congressmen and senators who want to control the budget deficit. The reason is that there is no institutional restraint on Congress. Congress can run deficits, President Obama can present programs that require debt financing, and this debt financing can be financed abroad by the Federal Reserve issuing new dollars to finance the deficit directly. That’s what they’re doing now with quantitative easing…

When we run balance of payments deficits abroad, we can issue dollars in order to settle them. This [is what] was referred to…as the “exorbitant privilege”…There are 2 principal reasons for the endurance of the reserve currency role of the dollar:

1. Approximately 65% of all invoicing of international trade — not including the trade of the United States itself — is done in dollars and about 75-80% of the commodities market is invoiced in dollars. [As such,]…reserves are collected worldwide in the currency that everybody makes payments in.

There are approximately $10 trillion of reserves globally. There is no markets in the world with the financial assets, both liquid and in their amplitude, that can contain such an enormous level of reserves. The reserves themselves are, in general, a product of the U.S. budget deficits and U.S. balance of payments deficits, so the endurance is underwritten by the fact that the U.S. market — ironically, even perversely — is the only market which can contain all of the deficits it is issuing abroad.

2. Those nations that absorb these reserves want a place where they can deposit them and then quickly sell them if they have to, and that kind of liquidity is available only in the U.S. markets.

The obverse of that “exorbitant privilege” is that, in order to maintain the dollar’s reserve currency role and in order for the foreign countries to accept it, they’ve had to accept the decline in the value of the dollar. Over the 40-year period since Nixon ended the gold standard, the purchasing power of the dollar has fallen drastically. The purchasing power of real goods and services today is worth about 12-15 cents compared with then.

[The above] shows that the enormous issuance of dollars to finance our deficits may look like the system is continuing, but its price has been paid by the U.S. consumer. [That is why I suggest that] those who really apply themselves to the subject of money will ultimately come out believing the least imperfect monetary system by which civilized nations can conduct their business is the classical gold standard – a system in which every major nation defines its currency as a weight unit of gold.

1. Shift From U.S. Dollar As World Reserve Currency Underway – What Will This Mean for America?

3. Is There a Viable Alternative to the Dollar as the Reserve Currency?

Within the recent retracement of the U.S. currency there has been endless speculation about the future role of the dollar as the world’s primary reserve currency. Moreover, there has even been conjecture that the dollar will no longer exist at some point in the near future but any case made for the vulnerability of the dollar falls short when it comes to naming alternatives. Words: 631

The International Monetary Fund said today that it is considering classifying Canada’s dollar, nicknamed the loonie for the image of a loon on the C$1 coin, and Australia’s dollar, as reserve currencies. Words: 285 Read More » 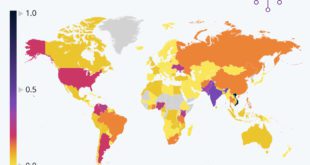 Investing In Cryptocurrencies Via ETFs & Funds/Trusts Is Easy! Here Are 31 Ways Bet On Bitcoin and Ether – The Other 18,758 Cryptocurrencies Are “sh*tcoins!”