Where Does U.S. Credit-worthiness Rank Among Other Countries? (+2K Views)

Lorimer Wilson September 21, 2013 Comments Off on Where Does U.S. Credit-worthiness Rank Among Other Countries? (+2K Views) 2,695 Views

debt of the U.S.. the likelihood of default and, as such, the overall credit-worthiness of the once proud U.S. of A. The fact is, however, that while the U.S. does not rank in the top 10, it is far more financially sound than most other countries. Take a look at where it ranks compared to 47 other countries.

By: Lorimer Wilson, editor of www.FinancialArticleSummariesToday.com and www.munKNEE.com and the FREE Market Intelligence Report newsletter (sample here – register here). This paragraph must be included in any article re-posting to avoid copyright infringement.]

A recent post* by Neil Irwin (washingtonpost.com/blogs/wonkblog/) entitled The United States isn’t a top tier creditor, in one map includes what the Blackrock Group refer to as the Sovereign Risk Index. Their index has determine where each of the 48 countries covered ranks according to current perceived banking system strength, debt levels, deficit levels, foreign currency debt, and something Blackrock calls “willingness to pay” that counts for 30% of the total index.

It will probably come as no surprise to anyone that:

The 5 most creditworthy countries are deemed to be:

Rounding out the Top 10 are:

The 2nd tier of countries include:

As to be expected the PIIGS rank at or near the bottom:

The BRICS are a mixed bag:

To see the above ranking on a map of the world visit the link below.

1. Which Is the World’s Safest Major Currency – You’ll Be Surprised

2. Stash Some Cash In a Foreign Bank! Here’s Why, Where and How

Where abroad? In Scandinavia. Why?  To seek refuge from currencies like EUR, USD, CHF, and GBP and diversify your political risk and secure your savings. How? Read on.  This article explains why countries and specific banks in Scandinavia deserve your consideration as safe and reliable places to stash some cash abroad. Read More »

3. Who Are the World’s Happiest Citizens? Where Does Your Country Rank?

4. World’s Most Prosperous Countries: Where Do the U.S., Canada and Others Rank?

The Legatum Prosperity Index survey, as shown in the following table, ranks countries on eight different attributes, and then consolidates those attributes into an ‘overall ranking’. The report says that the U.S. has fallen out of the top 10 (to #12) in the ‘most prosperous country ranking’ increasing doubts about the health of its economy and ability of its politicians. Read the balance of the article to see where your country is ranked overall and in each of the 8 different categories. Words: 520 Read More »

Share
Previous Noonan: Is Gold’s Decline Being Caused By Fed Payback Time to China? (+4K Views)
Next Don’t Believe the Lies – THIS Is the Economic Reality – Take a Look… Then Get Prepared (+5K Views)

The Fed Says the U.S. Is Now Officially In A Real Estate Bubble 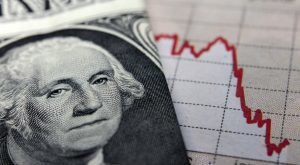 Who Was Kondratiev & What Is the Wave Cycle Theory?