Why U.S. Stocks are Still in a Bear Market and How to Determine When They are Not (+2K Views)

There is more than enough reason to believe that U.S. stocks are in a bear market 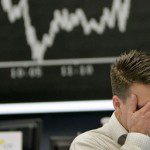 regardless of what percentage drop has taken place. [Let’s take a look at stock momentum, various moving averages, volatility and certain technical indicators to see what they have to say in this regard.] Words: 700

So says Daryl Montgomery (http://nyinvestingmeetup.blogspot.com) in edited excerpts from an article* which Lorimer Wilson, editor of www.munKNEE.com (Your Key to Making Money!),has further edited ([ ]), abridged (…) and reformatted below for the sake of clarity and brevity to ensure a fast and easy read. The author’s views and conclusions are unaltered and no personal comments have been included to maintain the integrity of the original article. Please note that this paragraph must be included in any article re-posting to avoid copyright infringement.

Montgomery goes on to say:

The term bear market dates backs to at least the 18th century and was in common use on Wall Street in the 19th. All calculations were done by hand back then and changes in prices were all traders had to go on. Just as is the case today, much of [the] trading took place based on momentum. Traders assumed that if the market was going down, it would continue to do so and vice versa. At some point a 20% drop became the rule of thumb that a drop was serious and likely to continue. While 20% certainly indicates a  major fall in prices, the markets may or may not continue to fall after that level is reached.

A much better approach, the concept of moving averages and the idea of using them as trading guidelines didn’t develop until the twentieth century. The 50-day and 200-day moving averages became the standard benchmarks for determining bullish and bearish patterns. This approach could only be widely implemented after computers became generally available. A bear pattern was established when the price fell below and remained below the 200-day moving average (the price would be trading at or below the 50-day as well). The bear would be confirmed when the 50-day moving average crossed the 200-day from above and moved below it. This is nowadays referred to with the dramatic term “death cross”.  This generally takes place before a market has lost 20% of its value.

The so called death cross took place for all the major U.S. indices in August and for many this confirmed that stocks were in a bear market. The 50-day, 200-day cross is prone to failure however. It tends to give too many false signals, as was the case in the summer of 2010 when all major U.S. indices also made this cross and then reversed shortly thereafter. Not only was there no bear market, but a major rally followed.

The S&P 500 and the Russell 2000 made the 50-day, 325-day cross in mid-September, but had already made the 10-week, 65-week cross by the beginning of the month.  The Dow industrials and the Nasdaq made the daily cross at the end of September, but had already had a cross on the weekly charts by the middle of the month. Based on the weekly charts, the S&P was already in a bear market for a month before the 20% intraday drop took place on October 4th.

Investors and traders need not rely on just moving averages to find out whether or not a bear or bull market exists. Volatility can provide an important additional clue. The daily price swings for stocks in the summer of 2010 were relatively minor compared to those in August 2011. Volatility is bearish for markets and its presence recently is just another confirmation of a serious and prolonged downturn.

Modern technical analysis also provides a whole bag of tricks to help determine if a bear or bull market exists. The DMI (directional movement indicator) is the most directly applicable. Investors want to look for a  clear sell signal with a rising trend line on the DMI  on the weekly charts (the daily charts are too “noisy”). A sell signal was given in late July on the S&P 500, the Russell 2000 and the Dow Industrials. The trend line has been going up since then indicating a strengthening downtrend. A sell signal appeared in August for Nasdaq. It then failed, but a new sell signal was given in September.

We have ongoing debt crisis talks in Europe, weak housing data in the U.S., tepid growth in Germany, and higher than expected inflation in the U.K. [and, in addition to] all this “cheerful” news, the recent “death cross” that [has occurred] on the S&P 500 Index. While a “death cross” is concerning and should be respected it does not mean the end of civilization as we know it, however. [Below are the results of a long-term study that clearly defines what the short and mid-term implications are, in fact, for the market.] Words: 700

2. Investor Fear Gauge: What Everyone Should Know About VIX

VIX is the ticker symbol for the volatility index that the Chicago Board Options Exchange created to calculate the implied volatility of options on the S&P 500 index for the next 30 calendar days. The formal name of the VIX is the CBOE Volatility Index [and informally as the investor fear guage]. Below is some introductory material on the VIX offered up in a question and answer format: Words: 915

Despite the outlook for relatively weak economic growth in the near future, the S&P 500… [should rise dramatically during the next 75 days] based on historical precedent – namely, the “Presidential Cycle.” [Let’s take a look at the specifics.] Words: 405

“Where breadth goes, the market usually follows,” goes an old market saying and as Richard Russell said recently, “In a deteriorating market breadth situation where the ‘soldiers’ are deserting even while the ‘generals’ continue to march forward would be a prelude to disaster. In the stock market, it may be the same.” [Let’s review the current situation and see where we’re at.] Words: 478

6. Ride the Market Waves With These 6 Momentum Indicators

It is hard to know what to buy or sell let alone just when to prudently do so. Thank goodness there are indicators available that provide information of stock and index movement of a more immediate nature to help you make such important decisions. This article describes the 6 most popular Momentum Indicators. If ever there was a “cut and save” investment advisory this is it!  Words: 1234

There are many indicators available that provide information on stock and index movement to help you time the market and make money. Market strength and volatility are two such categories of indicators and a description of  six of them are described in this “cut and save” article. Read on! Words: 974

8. Yes, You Can Time the Market – Use These Trend Indicators

Remember, the trend is your friend and now you have an arsenal of such indicators to make an extensive and in-depth assessment of whether you should be buying or selling. If ever there was a “cut and save” investment advisory this article is it. Words: 1579

9. Understanding the Patterns, Trends, Indicators and Formations of Technical Analysis

Technical Analysis is the discipline of finding reliable patterns, trends, indicators and formations, mainly in price, for buying and selling assets…To a large degree, technical analysis is a self-fulfilling prophesy [in that] it is effectively an unofficial agreement amongst market participants to impose more order on what would otherwise be more random. The key is to understand which patterns, formations and indicators are widely adhered to, so as to become useful predictors of price action [and this article does just that. Let me explain.] Words: 470