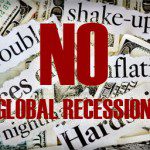 If you’re inclined to sit on the fence these days in the delicate art of anticipating the next phase of the business cycle, you’ll get no argument from the latest update on the Chicago Fed National Activity Index, a monster index of indexes that encompasses 85 measures of U.S. economic activity. This benchmark has weakened this year but it is still not flashing a formal prediction of economic contraction…[Let me explain.] Words: 255

So says James Picerno (www.capitalspectator.com) in edited excerpts from an article* which Lorimer Wilson, editor of www.munKNEE.com (Your Key to Making Money!), has further edited ([ ]), abridged (…) and reformatted below for the sake of clarity and brevity to ensure a fast and easy read. The author’s views and conclusions are unaltered and no personal comments have been included to maintain the integrity of the original article. Please note that this paragraph must be included in any article re-posting to avoid copyright infringement.

Picerno goes on to say:

The Chicago Fed index’s three-month moving average slipped to –0.28 in August from –0.27 in July, the Chicago Fed reports. No one will confuse that reading with a healthy economy, but it’s not a recession signal either. Technically, we’re in a “below trend” environment. By the rules of this benchmark, the tipping point is when the three-month average falls below -0.70. The latest reading of -0.28 for August is slightly above that level, but the margin of comfort is minimal. 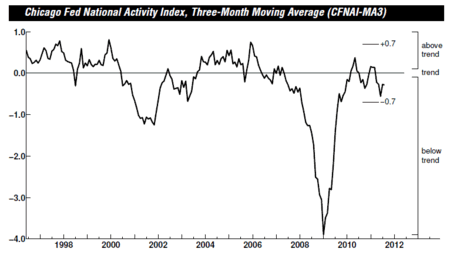 It seems that we’re one exogenous shock away from deep trouble.

2. George Soros: a Great Depression-like Scenario Could Very Well Play Out – Here’s Why

Europe is on the verge of a collapse, and unless something gets done relatively soon, (perhaps as soon as the next few weeks), Europe is likely to experience their own 2008 scenario. The U.S. and Chinese economies are heavily dependent on exporting goods to Europe, and with Eurozone growth slowing as a result of the potential default in Greece, and then on to the rest of the PIIGS, a “Great Depression-like scenario” could very well play out. [In fact,] George Soros thinks we are headed towards another Great Depression and, you know what, he’s right! What do you think? Is George Soros right? Are we headed for another depression? Words: 530

It is widely accepted that Greece is insolvent even though the higher echelons of euro-zone politics still hesitate to use the term, and default swap prices…give virtually 100% odds that Greece will default. The handling of the issue has heightened the perception of risk for other problem countries of the euro zone…such that investors now give 60% odds of default by Portugal…and 30%-plus odds for default by Italy… Even France, with its S&P AAA rating, is now rated more likely to default than Brazil! [In addition, the U.S. is facing the liklihood of a fiscal policy impasse in Congress that could well lead to a recession. As such, as we see it, the risk of contagion in the financial system around the world has risen dramatically. We substantiate our contentions below.] Words:1612

4. Is the Financial World On the Verge of a Nervous Breakdown? These Signs Suggest So

Will global financial markets reach a breaking point during the month of October? Right now there are all kinds of signs that the financial world is about to experience a nervous breakdown. Massive amounts of investor money is being pulled out of the stock market and mammoth bets are being made against the S&P 500 in October. The European debt crisis continues to grow even worse and weird financial moves are being made all over the globe. Does all of this unusual activity indicate that something big is about to happen? Let’s hope not – but historically, the biggest stock market crashes have tended to happen in the fall. So are we on the verge of a “Black October”? Words: 1200

The latest economic data suggests that recession is returning to most advanced economies, with financial markets now reaching levels of stress unseen since the collapse of Lehman Brothers in 2008. The risks of an economic and financial crisis even worse than the previous one – now involving not just the private sector, but also near-insolvent sovereigns – are significant. So, what can be done to minimize the fallout of another economic contraction and prevent a deeper depression and financial meltdown? [Below I recommend 8 ways that would do just that.] Words: 1641

6. Goldman Sachs Privately Telling Clients to Bet on Upcoming Economic Collapse!The debt crisis in the United States is unsustainable, and the debt crisis in Europe is unsustainable. As such, we are facing a global debt meltdown and are heading for an economic collapse. You aren’t going to hear that truth from the media or from our politicians, however, because keeping people calm is much more of a priority to them than is telling the truth – and right now we are in the calm before the storm. Nobody knows exactly when the storm is going to strike (i.e. when the collapse is going to happen) – but it is definitely on the way — and now even Goldman Sachs is admitting [that that is most likely the outcome of the present situation. Here is what they had to say recently in a “secret” document that has just now been made public.] Words: 1147

Over the past two months stock markets have crashed around the world and gold prices have soared as global investors decided that the U.S. has lost its race against time. A new recession is upon us before we even half-closed the output gap left open from the last recession. It means even larger deficits and an even weaker dollar. The price of gold and Treasury bonds is telling us that a full-blown international bond and currency crisis is approaching. There is no international policy mechanism available to stop the panic short of re-opening the gold window that the U.S. closed unilaterally and “temporarily” in 1971. [Let me explain.] Words: 3025

10. Roubini, Schiff, Rosenberg and Whitney Agree: Another Recession Is At Hand! Here’s Why

The Baltic Dry Index is often cited by economists as a bellwether of global economic activity. The index, which measures the price of transporting raw materials by sea, has now risen by more than 21% from its recent lows and is also up 16% in the last week alone …calling into question the advent of a global recession. [Let us explain.] Words: 292

12. Philadelphia Fed Index Confirms the Obvious: US in Another Recession!

The Philly Fed number has never been this low without the economy being in recession having just recorded the 21st-worst reading in over 43 years! [While we are not in an officially sanctioned recession yet this new survey strongly suggests that that unwelcomed time has come.] Words: 260

13. These 10 Signs Point to Another Recession

14. Are We On the Verge of a Second Recession?

Share
Previous Exposed! The "Unknown" World of Gold, Silver and Commodity-related Company Warrants (+6K Views)
Next Why U.S. Stocks are Still in a Bear Market and How to Determine When They are Not (+2K Views)