What Follows Will Not be Pretty for U.S. Stock Market & Financial System – Here’s Why

Lorimer Wilson July 7, 2012 Comments Off on What Follows Will Not be Pretty for U.S. Stock Market & Financial System – Here’s Why 1,380 Views

The US Federal Reserve, which has been the life-support for the U.S. economy

(for better or for worse), is finally discovering that its policies and theories don’t actually apply [in] the real world….This means that the primary prop underneath the U.S. stock market and financial system (namely Fed intervention) is slowly being removed. What follows will not be pretty and smart investors should be taking steps now to prepare in advance. Words: 350

So says Graham Summers (www.gainspainscapital.com) in edited excerpts from his original article*.

The U.S. economy is showing major signs of deterioration:

In simple terms, we’re getting many signals that the U.S. economy may in fact be slipping into a second recession in the context of a greater DE-pression and once it’s confirmed…(we already are, but it won’t be confirmed by Government officials until after the US Presidential election) then this will mark: 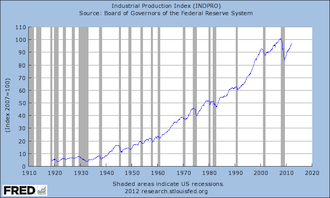 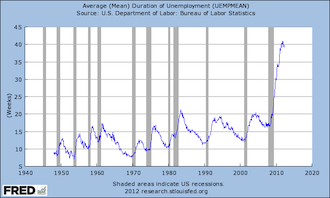 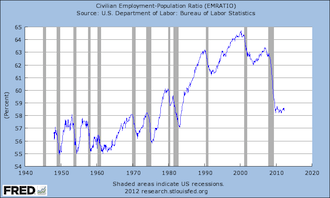 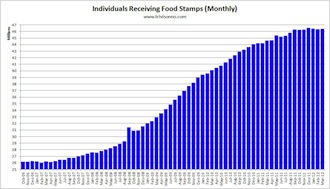 To make matters worse, as the Wall Street Journal reports, “Fed officials have been frustrated in the past year that low interest rate policies haven’t reached enough Americans to spur stronger growth, the way economics textbooks say low rates should. By reducing interest rates–the cost of credit–the Fed encourages household spending, business investment and hiring, in addition to reducing the burden of past debts but the economy hasn’t been working according to script.”

*http://gainspainscapital.com/?p=1873 (To access the above article please copy the URL and paste it into your browser.)

Econintersect has been playing with an economic index based on the world as seen by Joe Sixpack. For lack of a final name, we have used a development tag of “Joe’s Index” which is based on Joe’s real income and the change in his home value, which, to various degrees, Joe sees as income (and/or wealth) gain or loss. Joe’s Index is indicating Joe Sixpack is coming back to the consumption trough. [Let us explain why we have come to that conclusion.] Words: 380

2.  A Balanced Analysis Suggests a Recession is NOT Imminent – Here’s Why

The permabears are coming out the woodwork. Bad, scary articles and news seem to attract more attention and eyeballs than good news articles or those that offer a counterbalanced view. Whenever someone gets interviewed on US TV, it’s for someone proclaiming the end of the expansion – you never see them interviewing someone offering a counter view of a more positive nature. This article gives you a balanced, opposing view to the tiresome popular perma-bear consensus so that you can make your own balanced decision. [As for our own conclusion, we don’t see imminent recession. Here’s why.] Words: 1315

3. Campbell Comments On: “Is This 1931 All Over Again? Krugman, Roubini and Ferguson Think So!”

Why read: It is foolish not to consider the possibility of depression, particularly in the face of the preponderance of commentary over the past many months that rampant inflation is on the horizon. [Here I review, analyze and comment on one such article on that possibility.] Words: 697

This past week we received the latest PMI readings for the world as a whole (48.9), the eurozone (46.4), and for 30+ individual countries [Read: Telling It Like It Is: Latest PMIs Reveal Truth About the Global Economy]…and the latest numbers signal contraction and even more so when adjusted to reflect the concentration of GDP by countries/region. [Let me explain.] Words: 600

5. Optimism Regarding U.S. Economy is Misplaced – Here’s Why

I am amused by the Shadow Weekly Leading Index Project which claims the probability of recession is 31%. I think it is much higher….Let’s take a look at why. Words: 530

6. These 63 Charts Say: The Economy Is MUCH More Important Than the Election or Either Political Party

7. David Rosenberg: These 51 Charts Show the Economy to be a Total Disaster

Share
Previous The World’s 10 Most Important Numbers are HERE!
Next Goodbye Euro, Hello Bitcoin? Will Use of New Crypto-currency Spread Across Eurozone? (+2K Views)