Lorimer Wilson December 14, 2012 Comments Off on We Are On the Precipice of Enormous Financial & Economic Change (+3K Views) 3,518 Views

We are on the precipice of enormous financial and economic change. It is not 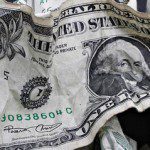 change for the good, especially for the United States. Excesses and mis-allocated resources of several generations are about to be exposed as modern industrial nations sink deeper into the economic hole they have dug for themselves. The purging of these economic mistakes will be painful, could create new wars as politicians attempt to deflect blame and may end up changing the political form of government in some countries. (Words: 364; Charts: 1)

So writes Monty Pelerin (www.economicnoise.com) in edited excerpts from his article* entitled The World Is Changing And Ignoring This Reality Is Not Healthy.

Lorimer Wilson, editor of  www.munKNEE.com (Your Key to Making Money!), may have further edited ([ ]), abridged (…) and/or reformatted (some sub-titles and bold/italics emphases) the article below for the sake of clarity and brevity to ensure a fast and easy read. The author’s views and conclusions are unaltered and no personal comments have been included to maintain the integrity of the original article. Please note that this paragraph must be included in any article re-posting to avoid copyright infringement.

Pelerin goes on to write, in part:

The U.S. is especially vulnerable with respect to the transformation ahead. Having the dollar as the reserve currency for the world has allowed this country to endure excesses unavailable to all other countries. The luxury of the dollar as the world’s reserve currency is about to end. When it does, the U.S. becomes just another inefficient, over-indebted dysfunctional economy, little different than the weak sisters of Europe.

Simon Black provides some commentary** on this matter:

The entire global financial system is based on the idea that the U.S. can and should be the center of the economic universe. The dollar is used extensively in cross-border trade; US banks are the cornerstone of the global banking system; and US government debt is the foundation of nearly all financial markets around the world.

… things have changed now. The rest of the world has grown beyond this system, and it’s time for the system to change.

… the U.S. has become markedly less relevant in the global economy. As such, there’s really nothing to prevent the system from changing.

… the only people pretending to not notice are the political elite in the U.S. who are too busy printing money and indebting the economy.

The trend is very clear. It’s one of those things that future historians will look back on and say, ‘Well, duh, obviously.’

1. Coming Currency Superstorm Will Be Absolutely Catastrophic for U.S. Economy

What would happen if someday the rest of the world decides to reject the U.S. dollar and that process suddenly reversed and a tsunami of U.S. dollars come flooding back to this country? It is frightening to think about. Just take a moment and think of the worst superstorm that you can possibly imagine, and then replace every drop of rain with a dollar bill.  The giant currency superstorm that will eventually hit this nation will be far worse than that.

2. Watch Out! Russia & China Stripping USD of Its Dominant Role in World Trade

Before China and Russia can boot the U.S. military out of Asia and Eastern Europe, they have to strip the dollar of its dominant role in world trade, especially of Middle Eastern oil and that’s exactly what they’re trying to do. [Let me explain.] Words: 816

A major portion of the U.S. dollar’s valuation stems from its lock on the oil industry and if it loses its position as the global reserve currency the value of the dollar will decline and gold will rise. Iran’s migration to a non-dollar based international trade system is the testing of the waters of a non-USD regime…transition to a world in which the U.S. Dollar suddenly finds itself irrelvant. [Let me explain.] Words: 1200

4. Video: India to Pay for Iranian Crude Oil in Gold Instead of Dollars

The EU has delivered on its threat to ban the import of crude oil from Iran, in response to its nuclear programme. The latest round of sanctions prohibits any new oil contracts, while allowing for existing deals to run until July but Tehran is apparently finding ways to keep business pumping. Reports say Iran will keep supplying one of its biggest customers – India – but will get payment in gold instead of dollars. Video* length: 02:37 minutes.

5. Why America Should Relinquish Reserve Status for its Dollar

6.  Will the Trickle Out of the U.S. Dollar Now Become a Torrent?

8. Is There a Viable Alternative to the Dollar as the Reserve Currency?

9. What Would USD Collapse Mean for the World?

I came to the conclusion several years ago that it was just a matter of time before the world realized that the relative functionality of the U.S. dollar was about to go belly up – to collapse – and that that time happened to coincide with that fateful date all the prophecies are going crazy about – 2012! Words: 881

10. Shift From U.S. Dollar As World Reserve Currency Underway – What Will This Mean for America?

13. Finally! Someone With the Balls to Face Reality and Outline the Probable Outcome & Utter Hopelessness of America’s Debt Problems

Many articles are being written these days that more or less scope the dire financial circumstances the U.S. is in. That being said, I had not been able to find one “analyst” – even one – who had the guts to outline the probable outcome and general hopelessness of the situation and to offer any meaningful prescription for investors to survive this coming catastrophe – until now. Words: 710

14. U.S.’s Runaway Financial Train is About to Destroy the Status Quo

16. A Must Watch Video On Why America Is In A “Death Spiral”

The internet is awash (drowning?) in hundreds of doom and gloom videos providing dire warnings of coming world depression, food shortages,  rioting in the streets, rampant (hyper) inflation, deepening banking crisis, economic apocalypse, financial Armageddon, the demise of America – well, you get the idea. Below is a small sample of such videos with a hyperlink to each.

18. The Ultimate Fear Mongering Video – or the Ultimate in Insights, Forecasting & Sound Advice? You Be the Judge

Economic Reason has gathered together the Top 18 ‘reality’ economic documentaries which are bought to you by www.munKNEE.com.

22. A Disaster of Unprecedented Proportions (The End Of The World As We Know It) Is Coming Sometime This Decade and It Will Be Irreversible!

23. The Average U.S. Citizen Is Clueless Regarding the Desperate Shape the Country Is In! Are You?

24. If You Are Not Preparing For a US Debt Collapse, NOW Is the Time to Do So! Here’s Why

26. U.S. Between a Rock & a Hard Place: A Recession Now or a Financial Collapse Later! Here’s How to Invest in Such Precarious Times

Over the past few years, policy leaders worldwide have grown accustomed to kicking the can down the road with each step in this ongoing financial crisis making incremental moves rather than cultivating viable long term solutions. More recent attempts seem to have evolved into simply just trying to kick the can out of the driveway. Now we fear there may not be enough firepower left to simply kick the can over. [Having done so, we are left between the proverbial rock and a hard place.] If lawmakers do nothing, by all accounts we are likely to see a recession. Should lawmakers extend the Bush-era tax cuts, you make no progress towards long term deficit reduction, potentially raising the risk and magnitude of a future financial crisis. [Let me discuss this predicament further and how best to invest in such precarious times.] Words: 1602

Share
Previous These 10 Articles Will Help You Better Protect & Strengthen Your Investment Portfolio – Take a Look
Next It Is Just A Matter of Time Before Gold is Either Confiscated, Outlawed or Severely Restricted – Here’s Why & What to Do (+2K Views)