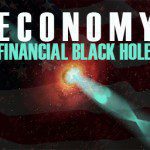 U.S. economic activity. Bank lending remains impaired, household income has taken a new hit, annual and monthly growth in the broad money supply appears to be stalling, again and U6 unemployment levels are at staggering levels. These ongoing financial problems have horrendous implications for the markets and systemic stability. [Let me explain.]

So says John Williams (www.shadowstats.com) in recent comments as posted on King World News which can be read in their entirety here.

1. Events Accelerating Towards an Ultimate Dollar Catastrophe! Here’s Why

With the U.S. election just nine months off, political pressures will mount to favor fiscal stimulus measures instead of restraint. Such action can only accelerate higher domestic inflation and intensified dollar debasement culminating in a Great Collapse – a hyperinflationary great depression – by 2014. [Let me explain why that is the inevitable outcome.] Words: 2766

At present, the underlying fundamentals could not be much worse for the U.S. dollar. Beyond trade, the key factors, relative to other major currencies, could not be much worse. Despite any political and financial hype in the markets, the U.S. economy is relatively weaker, interest rates are lower, inflation is higher and fiscal policy and political stability all are relatively much worse than are seen relative to the other major currencies.

The U.S. economy is in an intensifying inflationary recession that eventually will evolve into a hyperinflationary great depression… [at which time] a $100 bill in the United States will become worth more as functional toilet paper/tissue than as currency. The U.S. government and Federal Reserve already have committed the system to this course through the easy politics of a bottomless pocketbook, the servicing of big-moneyed special interests, and gross mismanagement. The article is long but well worth the read. Words: 3565

The U.S. economic and systemic-solvency crises of the last five years continue to deteriorate yet they remain just the precursors to the coming Great Collapse: a hyperinflationary great depression. The unfolding circumstance will encompass a complete loss in the purchasing power of the U.S. dollar; a collapse in the normal stream of U.S. commercial and economic activity; a collapse in the U.S. financial system, as we know it; and a likely realignment of the U.S. political environment.

The kind of impact [our economy is] going to have will not be like flying into the side of a mountain. It will be the kind of crash that skids over land, clipping trees and buildings until the plane ends up wingless in a smoldering heap. I just hope the fuel tanks don’t ignite when the long rough ride is over. [Let me explain.] Words: 832

It is my view that the world has entered a new boom-bust cycle driven by oil prices. Oscillating oil prices – as opposed to credit cycles – will repeatedly stimulate and crash the highly levered global economy. Governments have not recognized this new cycle, and as part of a fruitless effort to retain control over deteriorating real growth and rising unemployment central banks will print more and more money, risking a hyperinflationary depression (stagflation at best). [As such,] the only respite for many investors is gold. [Let me explain.] Words: 925