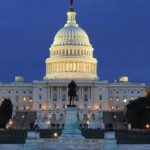 without dramatic reforms to stop underlying dysfunction in government & endemic wasteful spending. Furthermore, we cannot grow our way out of the debt.  No credible forecast suggests that future rates of growth for the U.S. economy will be sufficient to close these deficits without significant changes to our fiscal policies. Here are 8 reforms that need to be addressed if we are to have any hope of ever turning things around.  I believe they would propel the Dow Jones to 20,000 and beyond. Words: 689

So says James Hartje (http://stocksonwallstreet.net) in edited excerpts from an article* which Lorimer Wilson, editor of www.munKNEE.com (Your Key to Making Money!), has further edited ([ ]), abridged (…) and reformatted below for the sake of clarity and brevity to ensure a fast and easy read. The author’s views and conclusions are unaltered and no personal comments have been included to maintain the integrity of the original article. Please note that this paragraph must be included in any article re-posting to avoid copyright infringement.

Hartje goes on to say:

Below are the 8 reforms that need to be addressed if we are to have any hope of ever turning things around. Three are budget related; one addresses legal reform; four deal with electoral issues that enable dysfunctional governance & corruption:

If I had to pick just one reform, it would be Balanced Budget Amendment & Federal Budget Process Reform – this would have lasting & rippling effect throughout society & the global economy.  Flat Tax Reform would probably deliver the fastest boost & likely send the markets soaring.  Then there’s Entitlement Reform.  Entitlements consume by far the most government spending.  ‘Entitlementitus’ is truly a cancer that’s killing America.

To move up to 20,000 by the summer of 2014, the Dow would need to rise about 16.5% each year or about 58% in a three-year period and in the past 25 years the Dow has risen by this much on at least 13 occasions. During those times, there was only one period of sustained annual gains, when the Dow rose an average of 26% from 1995 through 1999. The key question: what would it take to justify a three-year, steady, robust gain? It all comes down to corporate profits [and the extent to which] multiple investors are willing to assign [dollars] to these profits. [Let me explain.] Words: 761

2. Dow 20,000: the Latest in Hype, Happy Talk and Irrational Exuberance

Hot headlines about the Dow “storming back soon,” soaring to the “Next Stop, Dow 20,000” is nothing more than a new cycle of irrational exuberance. After losing an inflation-adjusted 20% the last decade, a prediction that the Dow will roar back 80% anytime soon is misleading, pure speculative hype. Reminds me of book titles like “Dow 36,000” and “Dow 100,000” back in 1999 – and memories of those mutual funds selling with absurd multiples over 40, with annual returns in excess of 100%. Worse than the tulip-bulb mania of the 1590s. What’s really roaring back is hype, happy talk and irrational exuberance. Words: 531