Survey Results: Internships Are a "Win-Win" For Students & Employers Alike 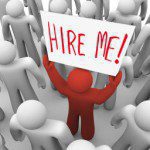 revealed that the majority of paid interns receive a job offer and the majority who accept such offers (the majority) stay with their new employer for more than 5 years. Conclusion: internships are a “win-win” for students and employers alike.

The Staff Writers at www.onlinecolleges.net put together the results of the survey in the following infographic which is brought to you by www.munKNEE.com – Your Key to Making Money!

1. Are the Millennials the Best Generation Ever?

The Millennials are the latest -and some would say, greatest – generation to emerge in America. Currently defined as those between the ages of 18 and 29, Millennials have many recognizable characteristics that researchers have deemed typical of the generation: optimism, tech-savvy, liberal leanings, and a solid educational background. [In fact,] a whopping 50% of those in college (40% of Millennials] say they plan on entering graduate programs afterwards. It could be a sign of the tough financial times, or just evidence of the remarkable smarts and ambition that define this generation – or perhaps it’s a little of both. Are the Millennials the best generation ever? Let’s take a look.

2. Which U.S. Universities & Fields of Study Generate the Highest ROI?

Recent research by PayScale has revealed that the average ROI for U.S. university graduates (693 schools surveyed) is $387,501 over a 30-year period. 6 of the universities generated a return on investment for its graduates in excess of $1.6 million.
3. American Grads: Here’s a Great Guide to Personal Finance

5. The Surprising Side Effects of Rising College Costs

The rising cost of college tuition translates into many students re-evaluating higher education, their future professional careers as well as other major life decisions. Find out more in our very enlightening infographic on The Surprising Side Effects of Rising College Costs.

6. You, Me and Online Media Piracy: How Much Does It Cost the U.S. Economy?

Media piracy is a major issue faced by both consumers and industry groups. Since many people download music, movies and TV shows without paying just how much is such activity impacting employment opportunities and industry profits? Let’s find out.

7. Average American Workers Waste 26% of Every Workday! Here’s What They Do

American workers are wasting 26% of every 8 hour workday – that’s 2.09 hours – excluding lunch or scheduled break time! Who’s wasting the most time, and what are they doing? Find out in this extremely informative infographic.

8. The Millennial Cohort: A Look at Their Present Predicament, Their Future Economic Prospects

Though considered the most educated generation in history, the Millennial generation – young adults between the age of 18 and 29 who make up 25% of America’s population – is also living through one of the worst economic crises. From a weak job market to the global economic downturn, are the Millennials cut out for this market? [A look at the infographic below tells the story.] Words: 345

Getting into a good university is not an easy feat and securing a job upon graduation in the current economic climate is not easy either…The biggest challenge for most university graduates, however, is paying off their education loan [which is] hardly surprising [given that] the sum of student debt is higher than credit card debt across the United States. It may sound preposterous that some have called higher education the next big bubble so read the following infographic, which compares the higher education bubble to the housing bubble, and decide for yourself. Words: 410

Though unemployment has been wide-reaching across industries…[some] jobs, against all odds, are on the rise – a steep rise…So if you’re sick of your job and craving a new profession, now might be the time to head back to school and get that secondary degree in one of these 10 specializations.