We are currently seeing bullish indicators regarding housing demand 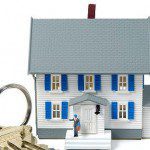 coupled with bearish indicators regarding housing prices. Let’s take a look at the past relationship between house demand and house prices and see what it suggests for the future in real estate prices. Words: 450

So says Katchum (http://katchum.blogspot.ca) in edited excerpts from his article* as posted on Seeking Alpha.

Lorimer Wilson, editor of www.munKNEE.com (Your Key to Making Money!), has edited the article below for length and clarity – see Editor’s Note at the bottom of the page. This, and the preceding  paragraph, must be included in any article re-posting to avoid copyright infringement.

Katchum goes on to say (paraphrased in large measure), in part:

The Housing Market Index (HMI), published by Wells Fargo, is an index of over 300 home builders which shows the demand for new homes. Chart 1 below, of the HMI since 1985 onwards, shows that demand bottomed in 2009 and has recently risen to the highest level since 2007. The index runs from 0-100, however, so the current demand level shown is still much below the average throughout those years.

The Case-Shiller Index in chart 2 below shows that home prices in the U.S. have hit an all-time low – down 2.6% in March – since the economic crisis hit in 2008.

Comparing both charts above we can see that in the 2005-07 period…the Housing Market Index fell first – in 2005-2006 – indicating demand was going down for new houses and then – in 2007 – the Case-Shiller Index declined indicating that prices followed down. From that we can conclude that, basically, demand goes down first, after which housing prices fall with a delay of one to two years. The same can be said during the year 1989-91 period when the Housing Market Index started to fall in 1988-1989, after which the Case-Shiller Index fell in 1991.

When Can We Expect Prices to Rise?

Looking into the future, based on the above co-relationship, do we have a bullish or bearish scenario going forward? Theoretically, the Housing Market Index is the primary indicator and it is going up right now, so demand is going up for new homes. That being the case, we should expect the Case-Shiller Index (that is, prices) to go up with a delay of 1-2 years or sometime between 2013 and 2014….

*http://seekingalpha.com/article/633321-case-shiller-index-vs-housing-market-index-has-real-estate-bottomed-out  (To access the above article please copy the URL and paste it into your browser.)

Auto sales, consumer confidence, manufacturing, retail sales, exports – you name it – over the last six months, nearly every facet of the U.S. economy has shown improvement and the real estate market is no exception. [Here are 11 irrefutable signs that such is the case.] Words: 800

2. What Does the Latest Rent vs. Buy Index Have to Say?

If you have been on the fence trying to decide if you should rent or buy, the market may be in your favor. According to Trulia’s Winter 2012 Rent vs. Buy Index it is now cheaper to buy a home rather than rent in 98 of the 100 largest U.S. metropolitan areas. How can that be? Take a look!

3. Your House: A Home, An Investment or a Ponzi Scheme?

In the past few decades, the concept of home ownership has been completely turned on its head. Previously, homes were considered a very long-term consumption good…[No one] ever considered tripling the value of their homes by retirement time and selling them to move beachside yet, somehow along the way, this became a reasonable investment expectation. Even today, home buyers still make their purchases with the hopes of escalating prices. [It begs answers to these questions: Is a house just a home? Should a house be expected to behave like an investment? Is the housing game nothing more than a Ponzi scheme where the end buyer before the market corrects becomes the “greater fool”? Let’s try and answer those questions.] Words: 935

The rat-through-the-snake process of working down existing and prospective distressed properties is likely far from over, and how that process plays out will no doubt have an impact on how much housing prices will ultimately adjust. [Let’s take a look at some differing points of view in that regard.] Words: 497

5. U.S. House Prices Have MUCH Further To Fall! Here’s Why

There has been a deluge of articles recently about the upticks in the housing data…[yet, while] I do not dispute the improvement in the data regarding home starts, permits, pending sales, etc.,… [see graph below] these data points are still mired at very depressed levels so the assumption is that if home building is stabilizing then it is only a function of time until home prices began to rise as well. Right? Not so fast.. [Let me explain.] Words: 1100

Yes, you read that right; get ready for the next housing boom. You’re probably thinking, “How could that be with all the mortgage delinquencies and foreclosures going on, and the record levels of housing inventory? Well, it’s not going to happen soon – [probably] not for several more years – but it’s coming. [Let me explain to you why it is inevitable.] Words: 589

Share
Previous The Case Against Physical Gold and For Gold ETFs
Next Survey Results: Internships Are a "Win-Win" For Students & Employers Alike