from only 91 million barrels per day today yet production in many countries is either waning or being consumed by the producing country. [In this article I identify those countries whose production is in decline, 2 countries who have increased production thanks to unique sources and how to invest accordingly.] Words: 595

So says Nick Hodge (www.energyandcapital.com)  in edited excerpts from his original article*.

Hodge goes on to say, in part:

Oil Demand is Increasing in Most Regions of World 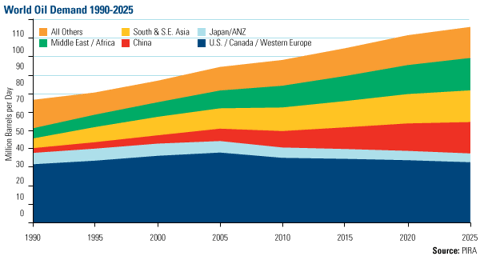 Oil Supply From Many Countries is Decreasing 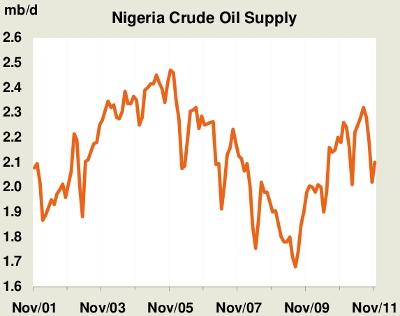 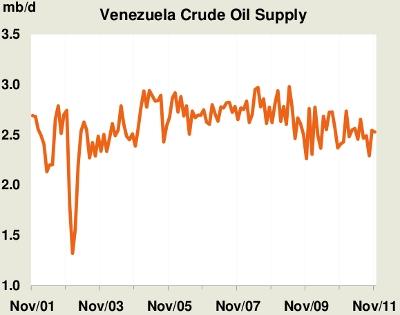 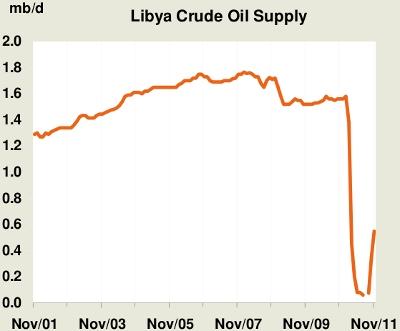 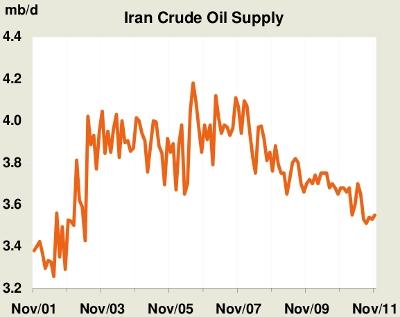 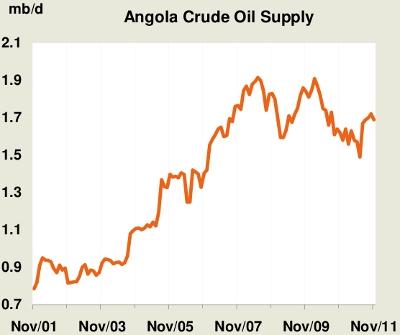 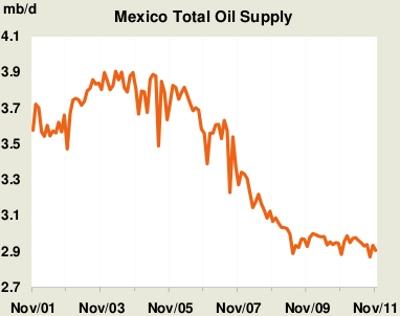 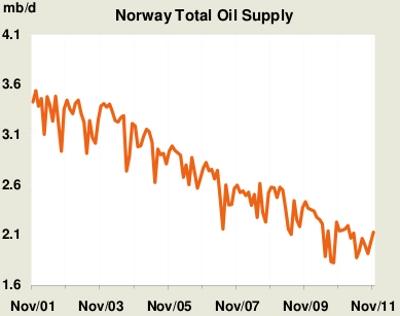 The economies of many big oil-exporting countries are growing so fast that their need for energy within their borders is crimping how much they can sell abroad, adding new strains to the global oil market.

Experts say the sharp growth, if it continues, means several of the world’s most important suppliers may need to start importing oil within a decade to power all the new cars, houses and businesses they are buying and creating with their oil wealth.

Indonesia has already made this flip. By some projections, the same thing could happen within five years to Mexico, the No. 2 source of foreign oil for the United States, and soon after that to Iran, the world’s fourth-largest exporter.

It is a very serious threat that a lot of major exporters that we count on today for international oil supply are no longer going to be net exporters any more in 5 to 10 years.

To recap, many countries — both inside and outside OPEC — are undergoing supply contraction. Those that aren’t are exporting less because they’re using more internally.It’s the perfect recipe for higher oil prices, which, by the way, Goldman Sachs (GS), Barclays (BCS), and Deutsche Bank (DB) are all forecasting for this year.

Countries Whose Oil Supply is Increasing 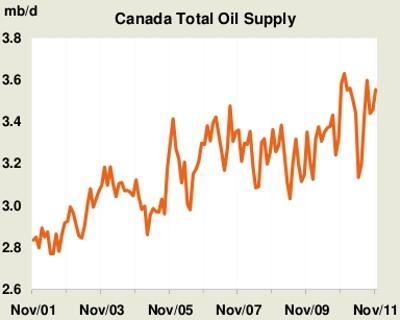 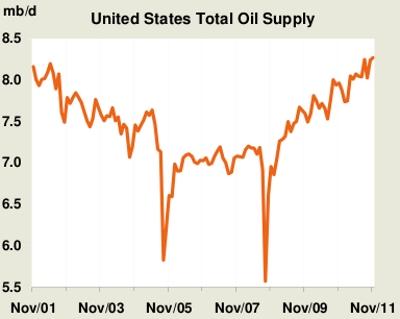 Canadian oil production has been surging for years [while] American production is undergoing a renaissance. As prices rise due to falling production elsewhere in the world, rising demand [across the globe], and [the anticipated] consequences of the Iran situation, companies operating in the United States and Canada, especially in rich new shale finds, will be the main beneficiaries.

Companies like Northern Oil and Gas (NYSE: NOG), Oasis Petroleum (NYSE: OAS), Continental Resources (NYSE: CLR), Whiting Petroleum (NYSE: WLL), Petrobakken, and more are already showing how the strength of new North American oil production is translating into financial wealth. [As the graph below shows,] even as the Dow has tacked on 2,000 points since October, it can’t keep pace with shale oil stocks.

Oil prices aren’t getting any lower and shale production isn’t slowing down anytime soon, so you need to be putting yourself in a position to profit now.

People often say: “You can’t squeeze blood from a stone.” However that’s exactly what shale oil is. An alternative fuel, created by squeezing our planet’s proverbial “Life Blood” out of rock. Words: 1066

3. 10 Questions You Need Answers to Before Investing in Oil & Gas Stocks

4. More of What You Need to Know Before Investing in Oil & Gas Stocks