Roubini, Schiff, Rosenberg and Whitney Agree: Another Recession Is At Hand! Here’s Why (+2K Views)

Lorimer Wilson August 30, 2011 Comments Off on Roubini, Schiff, Rosenberg and Whitney Agree: Another Recession Is At Hand! Here’s Why (+2K Views) 2,653 Views 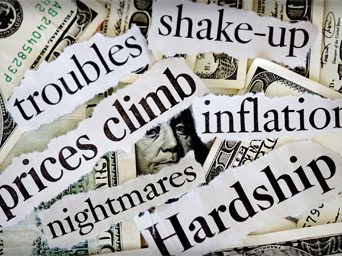 Michael Spence, professor at New York University’s Stern School of Business and winner of the 2001 Nobel Prize in economics, believes there’s “probably a 50%” chance of the global economy slipping into recession. Nouriel Roubini disagrees and says flatly that a recession is coming and that it is a mission impossible now to stop it. The Philadelphia Federal Reserve Bank places the odds at 85% of a recession. David Rosenberg, another very savvy economist, says that by 2012, the chance of a second recession is 99%. Peter Schiff, who with Roubini, correctly and accurately predicted the collapse on Wall Street and ensuing recession, thinks one is 100% certain. [Let’s take a look at why they hold such views.] Words: 829

So says Kimball Corson  in an article* posted on SeekingAlpha.com which Lorimer Wilson, editor of www.munKNEE.com (Your Key to Making Money!), has further edited ([  ]), abridged (…) and reformatted below  for the sake of clarity and brevity to ensure a fast and easy read. The author’s views and conclusions are unaltered and no personal comments have been included to maintain the integrity of the original article. Please note that this paragraph must be included in any article re-posting to avoid copyright infringement. Corson goes on to say in the article:

The possibility of the U.S. dipping back into recession has been of particular concern to economists. As Spence explained in an interview in Hong Kong.

“I’m quite worried. A combined downward dip in Europe and America – which is a good chunk of the industrialized economies – I’m quite sure will take down growth in China particularly, and that will then immediately spread to the rest of the emerging economies.”

History is on Spence’s side: 9 of 11 recessions since World War II were preceded by periods of growth of 1 percent or less. The American economy is believed to be now growing at just under 1%. A slew of recent economic data indicates the economy is slowing. This spring, the U.S. economy grew at a rate of only 1%.

GDP growth has been adversely affected by weak consumer spending — which accounts for 70 percent of the U.S. economy — and high levels of unemployment, economists say… [Nevertheless], in a recent survey, many economists…[conveyed that] a second recession isn’t likely, putting the possibility of such a downturn within the next 12 months at 25 to 40 percent [which is] still more than half of Spence’s estimate. Others, [however,] seem to agree more with Roubini and Schiff. Meredith Whitney, [for example,] noted “increasing signs” of a double-dip earlier this month.

Much will depend on whether our economy is able to gain growth in the third quarter. 2% is the now the overly optimistic consensus forecast for that quarter, given that the situation is deteriorating so fast… [Furthermore], if Europe has a crisis, we will all likely sink into recession. U.S. consumer confidence in early August sank to its lowest since 1980, according to the Thomson Reuters/University of Michigan survey released Friday, even lower than during the last recession!

What will it take to preempt a global downturn? “Bold…action on both sides of the Atlantic,” Spence says.

So what have we got? Next to nothing. No programs, Nada. Even Bernanke is crawled into a shell and has no agenda. Republicans want to cut the deficit. Democrats are scratching their heads. This is close to Rome burning while Nero fiddled!

1. Philadelphia Fed Index Confirms the Obvious: US in Another Recession!

The Philly Fed number has never been this low without the economy being in recession having just recorded the 21st-worst reading in over 43 years! [While we are not in an officially sanctioned recession yet this new survey strongly suggests that that unwelcomed time has come.] Words: 260

2. Are We On the Verge of a Second Recession?

3. These 10 Signs Point to Another Recession

The Baltic Dry Index is often cited by economists as a bellwether of global economic activity. The index, which measures the price of transporting raw materials by sea, has now risen by more than 21% from its recent lows and is also up 16% in the last week alone …calling into question the advent of a global recession. [Let us explain.] Words: 292

Share
Previous What to Watch For When Considering Companies to Invest In
Next We Can Now Rule Out Another Housing Collapse, Can't We?