How Does GDP Growth in US & UK Compare With Other Major Economies? (+2K Views)

Lorimer Wilson November 6, 2011 Comments Off on How Does GDP Growth in US & UK Compare With Other Major Economies? (+2K Views) 2,314 Views

with regard to economic growth in the major economic regions [Eurozone, U.S., Japan, China and the U.K. – and it is a mixed bag, to say the least. Let’s take a look at a few charts.] Words: 475

So says Prieur du Plessis (www.investmentpostcards.com)  in edited excerpts from an article* which Lorimer Wilson, editor of www.munKNEE.com (Your Key to Making Money!), has further edited ([ ]), abridged (…) and reformatted (some sub-titles and bold/italics emphases) below for the sake of clarity and brevity to ensure a fast and easy read. The author’s views and conclusions are unaltered and no personal comments have been included to maintain the integrity of the original article. Please note that this paragraph must be included in any article re-posting to avoid copyright infringement.

du Plessis goes on to say, in part: 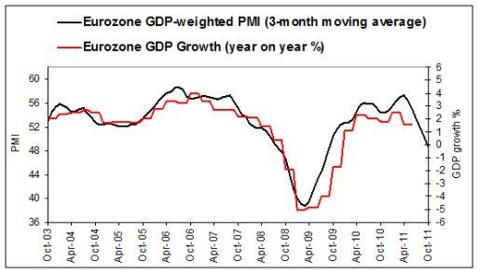 The German IFO Business Expectations Index indicates that the eurozone economy will face further headwinds going into the first quarter next year. 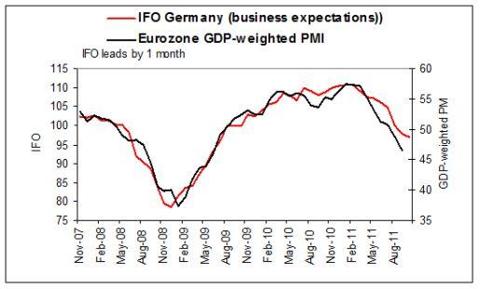 In the U.S. the current level of the ISM GDP-weighted PMI (manufacturing and non-manufacturing) is consistent with year-on-year GDP growth of 1.5 – 2.0%. I expect year-on-year growth of about 1.75% in the fourth quarter – up slightly from 1.6% in the third quarter. On a quarter-on-quarter annualized basis I therefore expect a slight acceleration to 2.86% from 2.46% in the third quarter. 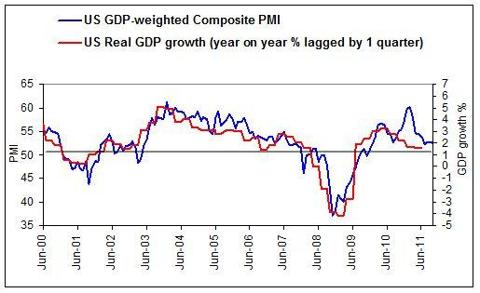 Japan’s GDP probably stopped contracting in the third quarter and may have expanded for the first time since the third quarter of last year. The manufacturing PMI also indicates a further but tepid expansion in the Japanese economy. 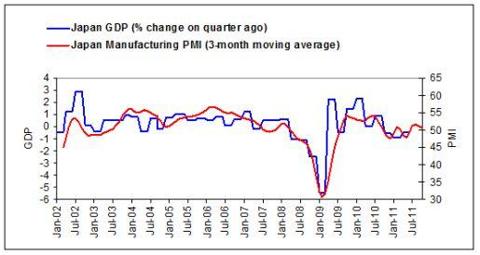 The GDP-weighted CFLP PMI (manufacturing and non-manufacturing) for China indicates further weakening of GDP growth on a year-ago basis to below 9%. 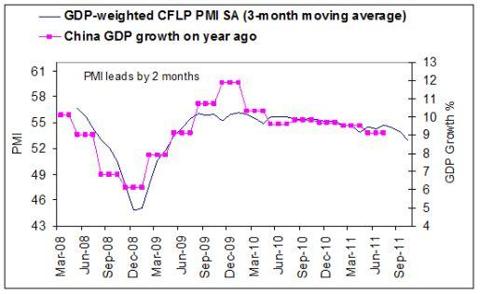 The fortunes of China’s economy and especially the manufacturing sector remain closely tied to those of Japan. 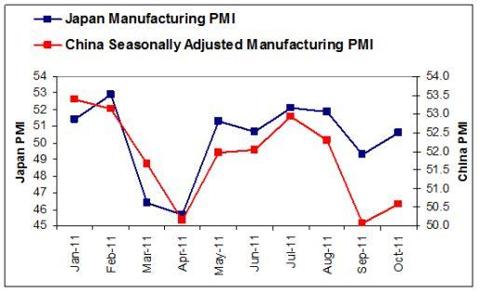 The U.K. economy is heading for a recession. The GDP-weighted PMI that I calculate indicates that year-on-year GDP growth in the fourth quarter has stagnated, if not contracted. I estimate that the economy has probably contracted by approximately 1% or an annualized rate of more than 4% from the third quarter. 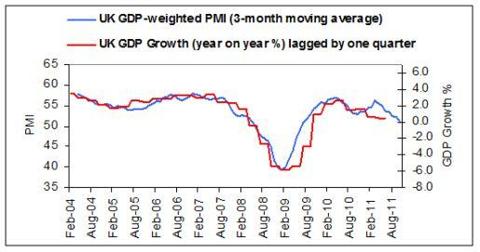 1. Latest Data Suggests American Economy Is Fighting Off Another Recession

This week’s rail data was somewhat mixed with total carloads showing a decline while intermodal jumped 4.2% YoY. [Thissuggests]…an economy that is growing modestly… It’s not a great environment, but it’s also misguided to get bogged down in the debate over a new recession. Words: 235

If you’re inclined to sit on the fence these days in the delicate art of anticipating the next phase of the business cycle, you’ll get no argument from the latest update on the Chicago Fed National Activity Index, a monster index of indexes that encompasses 85 measures of U.S. economic activity. This benchmark has weakened this year but it’s still not flashing a formal prediction of economic contraction…[Let me explain.] Words: 255

50 economists forecast their estimates for real GDP over the next 6 quarters in a recent Wall Street Journal survey [and their projections, on average, show a modest increase through to the end of 2012 as the table below shows. In addition, they were asked] to forecast… the probability of a recession in the U.S. in the next 12 months] and the results were quite surprising – quite. [Let me show you.] Words: 600

Share
Previous American/Canadian Home Price Performance Comparisons by Major Cities
Next Canada's "Misery Index" On The Rise – but Still Below the Misery in the U.S.