Even as I write these words, the world’s largest economy — the E.U. — is 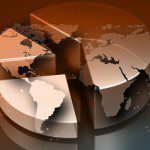 coming unglued at the seams, the world’s second largest — the U.S. — is careening headlong toward a fiscal cliff that promises to gut its GDP, nearly all of Asia — including Japan, China and India — is slowing…and yet most investors still don’t get the message. [Let me go on to explain just what that message is.] Words: 1357

Weiss goes on to say, in part:

Investors are continuing to:

Why? There can only be one possible explanation for this pathological complacency – die-hard faith in the supposedly “limitless power” of government to prevent financial disasters.

The origins of the complacency are not hard to see:

It’s only natural for investors to sit back in a state of semi-eternal bliss, assuming governments will continue to do the same, but there are three major flaws in that assumption:

Flaw #1: Governments rarely prevent financial collapses — they almost invariably intervene only AFTER the collapse has struck.

History proves that it’s only at an advanced stage of the crisis that governments can gather the political and financial capital to respond. Result: By the time the official rescue squad finally reaches the scene of the disaster, countless investors are already buried under the rubble.

Flaw #2: Almost invariably, the government’s priority is to bail out bond investors and other creditors. Stock investors are last in line. Even when the rescues are “successful,” they often wind up with little more than pennies on the dollar.

Flaw #3 — the biggest of all: For the first time in modern history, governments themselves are in need of the giant bailouts. Needless to say, this raises serious doubts about their future ability to rescue bankrupt banks, insurance companies or industrial conglomerates. This is not just a theory about the future. It’s a very practical matter facing local, state and federal government all over the world — insufficient funds!

a) In U.S. cities and states like San Diego, San Jose, Wisconsin, California, plus many others, the governments are beginning to look a lot like Greece — trashing their promises to retired employees and cutting pensions and cutting off extended unemployment benefits a lot sooner than expected . The reason: Not enough money!….

b) In Madrid, the Spanish government has done virtually nothing to stem panic withdrawals from its banks — a five-alarm fire that, in any other time or place, would have prompted an immediate injection of cash from public coffers. Why? No more money!

c) In Athens, Lisbon, Tokyo and even Washington, the bottom line is, or soon will be, the same: NO MONEY! This is why Spain has now run to the European Union to plead for an international bailout of its banks. It’s why Greece has just told the European Central Bank it also needs more cash sooner than expected and it’s why you’re likely to see far more demands for even bigger bailouts — all with money that simply does not exist.

We at MoneyAndMarkets.com are no longer the only ones warning about pending disaster!

Everywhere, more experts and officials are beginning to recognize what we wrote long ago:

This Catch-22 dilemma helps explain why the authorities hesitate, why they fall behind the curve, why they let each crisis fester and then explode.

Finding all this hard to believe? Then consider how COMMON government inaction has been in crises of the past:

All giant institutions! Each a testament to the failure of Big Government to see the problems coming, to take pro-active steps, to protect investors! In fact, if anything, history proves that Big Governments played a major role in CAUSING the excesses, which led to all these recessions, depressions, collapses and failures!

With…[the above outlined examples of governments’] abysmal track record, it should be abundantly obvious that:

1. Martin Weiss: You Are Being Forewarned – Again – About an Imminent Financial Megashock!

[You are being forwarned – again – that Europe and the U.S. are now on a collision course with a second Lehman-type megashock….A snowball of events – bank runs spreading across Europe – are bringing us a few steps closer. What [can we expect] next? Let me explain. Words: 1795

I have great confidence in mankind’s ability to ultimately overcome even the most extreme of crisis but at this juncture, however, America has yet to begin that arduous process. We live an unrealistic lifestyle on borrowed money and borrowed time. [As such, we are on the brink of] a looming crisis with the power to crush the U.S. economy. Unless Washington makes a 180-degree turn, we face a catastrophe that could end our way of life as we know it. Words: 870

Unlike the credit crisis that triggered the last major stock market collapse … the “Fiscal Armageddon” that could “dwarf 2008″ will be intensely personal. Millions of Americans will face the specter of lost incomes … lost savings … lost buying power … lost homes … lost liberty. View the video for all the details.

4. Washington Faces Possible Armageddon Unlike Any Since Civil War

The U.S. debt crisis represents a unique, unparalleled, and unimaginable convergence of circumstances yet, despite the utter gravity of our plight, nothing is being done to change our course. Washington must either muster the courage — and the support of the people — to accept the pain and make the sacrifices of a lifetime … or face the downfall of America. Words: 898