Goldrunner: We’re at the Cusp of a Parabolic Move In Gold & Silver! Here are the Fundamentals & Technical Set Up to That End (+5K Views)

When are Gold and Silver going to start a huge parabolic move up?  I, 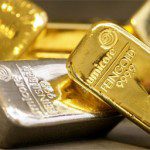 personally, think that we are sitting at the cusp [of such happening] as we speak on an intermediate-term basis….Below are… the fundamentals and technical set-up [to that end].

So writes Goldrunner in edited excerpts from his most recent newsletter to subscribers (excluding his illustrative charts which are only available to subscribers) posted here with permission.

This post is presented compliments of www.munKNEE.com (Your Key to Making Money!) and may have been edited ([ ]), abridged (…) and/or reformatted (some sub-titles and bold/italics emphases) for the sake of clarity and brevity to ensure a fast and easy read. Please note that this paragraph must be included in any article re-posting to avoid copyright infringement.

Goldrunner goes on to say in further edited excerpts:

2) The U.S. still has about $87 Trillion of debt that is not yet on its balance sheet according to Amerman.  In order to get the debt onto the U.S. balance sheet, it would require the Fed to print a lot more Dollars.

3) Periodically for the last century, or so, the U.S. has devalued the Dollar to get out of these messes, and the DJIA to Gold ratio has approached a 1 to 1 ratio.  In the early 30’s the Dollar was devalued 75% as the price of Gold was mechanically raised from $20 per ounce to $35 per ounce.  In the late 70’s the USD was devalued about 75% via Dollar printing, mostly through the bank multiplier system.  This time the Dollar printing must come via debt monetization/ QE.  The point of the ramp up in debt monetization has to be timed to the cycle since the first real parabolic move up in Gold like in 1979 will start the clock ticking for when all of the debt must be on the U.S. Balance Sheet.

4) All of the talk about the Economy recovering is complete crap.  The massive debts are still there, haunting the economy.  All of the unfunded debts ($87 Trillion?) must be defaulted upon, one way or the other.  The Fed is printing Dollars to cover around 60% of the U.S. expenses.  The coming US Dollar Devaluation will likely approach the 75% level, and it will affect everybody in the States – bank accounts, Bond holdings, Stock holdings, Pension Plans, Life Insurance Policies – practically everything will be devalued by the same percentage as the USD.  Only items with intrinsic value have a chance to rise enough to neutralize the Great Devaluation, and a few items will likely outperform.

6) Silver and the PM Stocks carry more leverage than Gold at this point in the cycle so they will likely outperform going forward like the late 70’s where the PM Stocks made a final huge move after Gold and Silver topped.  This was mainly because reserve valuations lag the rise in the price of Gold and Silver with companies bidding up those resource valuations late in the cycle.

Some are suggesting that “GLD” and other ETFs have hurt the Gold stocks this time around.  That is crazy because we know that the PM Stocks traded much like today in…[the late 70’s] due to the shorting of the PM Stocks at this point in the cycle.  GLD simply tracks Gold.

Those choosing to invest in PM Stocks do so mainly for two reasons:

The leverage of the PM Stocks to Gold comes from 2 sources:

7) The short-term fundamentals are now screaming “Bottom.”  The Gold shorts are “going long” per the COT numbers while the always long small specs are going hog wild short….

8) The Central Banks have been heavily buying so they will own Gold to cover the balance sheets problems.  They have placed a solid bottom under the price of Gold that has supported the sideways correction in Gold.  They only have till Gold reaches the lower log channel bottom to do so, and we are almost there.

9) ……[The information in this point reserved for subscribers.]

10) The current horrid sentiment toward the PM Sector as we reach the termination portion of this correction is to be expected as JS is pointing out.  Most countries need Gold much higher as the cycle plays out so they are all aggressively devaluing their paper currencies…The paper currency indices will trade sideways in price while their values will move sharply lower to the tune of 70%, or more.  Think about it – $87 Trillion Dollars are the needs for the U.S. according to Dan.  We don’t have it, and we can’t get it in taxes – we have to print it all!

We have discussed [in previous articles]:

1) The Fractal relationship of Gold, Silver, the PM Stocks, the DJIA, the USD Index, Copper, and other price charts between…[the late 70’s] and today….

2) The Fractal comparison between today and 2005….

So, what is my answer to the question in the title?  The fundamentals of massive Dollar printing, the COT numbers, the new expansion in the Fed Monetary Base, and the cycle all point up.  Most PM investors are panicking, down.  This is what JS has been ranting about, does it not?

…It looks to me like we are waiting for many of “the PM Bulls” to get off at the 3 Fan-line Station so Gold, Silver, and the PM Stocks can rip higher, leaving many to chase the PM Train.

1. Governments Will Want – Will NEED – Much Higher Gold Prices! Here’s Why

2. Goldrunner Update: Gold, Silver & PM Stock Sentiment Sucks BUT the Fundamentals Are Off the Wall!

Sentiment in the precious metals sector is in the toilet yet the fundamentals for the sector are off the walls positive.  That is not secret, but it is what creates huge market moves in the direction of the fundamentals. In fact, market management will never move price against the underlying fundamentals for too long a period of time.

3. Goldrunner: What We ‘Know’ & ‘Don’t Know’ About Where Gold, Silver and PM Stocks Are Going

One never knows exactly where Precious Metals are going so I always try to keep in mind a list of items that are probable based on the facts that are evident.  I call this “what we know” and “what we don’t know”  so let’s take a look what we “know” and “don’t know” at this point in time. Words: 872

4. Goldrunner: Gold & Silver Bottoming This Week & Setting Up for Parabolic Moves In Both

The government continues to assure us that happy days are here again for the U.S. economy and that we don’t have anything to worry about – but should we trust what the CBO is telling us now? Of course not. Instead, perhaps we should listen to some of the men that successfully warned us about the last financial crisis and here is what they have to say. Words: 800

10. A Plea From Jim Sinclair: You Are Being Played – Do NOT Give Up Your Gold!

There is a nasty game taking place which relies entirely on scaring you out of your wits. Yes, out of your mind, so you sell something of great value for peanuts to the exact party playing with your head via price. When you must look at the action, remember there is a buyer for every seller. That buyer is not scared out of his/her wits if you sell to stop the pain you are in. This period is, in my opinion, the last and largest attack you will see perpetrated on us before gold closes over $3500. This period of pain will not be measured in months, but counted in history as days. Stand firm and stay the course! Words: 787

The “Deflationary” portion of the long-term economic cycle is called Kondratieff Winter.  It is characterized by huge debts with a topping economy and stock market.  We hit the K-Wave Winter in 1929, and again in the year 2000.  The most important factor in how things play out in a K-Winter is the “state of the Dollar.”

Greenspan orchestrated massive asset price inflation in the face of K-Winter Deflation by aggressively printing and devaluing the US Dollar.  Many look to see “where the Dollars are going”, but it is the effect of Dollar Devaluation on Price Inflation that is most important.  The Dollar Devaluation will grossly devalue the debts while driving key asset prices like Gold sharply, higher.

This period of the long-term investing cycle is all about reality versus fantasy, but on several different levels.  The system has been turned upside down by using “paper derivatives” that can be expanded to infinity for “price discovery.”  Even paper money is a “derivative” since periodically in the long-term cycle, like today, the world must turn to REAL MONEY GOLD to bail out the paper currency system.

Since the Fed has the control of the money, it knows in advance what it will do.  Thus, the Fed Banks have very powerful legal inside information and can front-run everything that they do while taking no risk, whatsoever!

The 73 week exponential Moving average shown on the chart in red is the kind of simple indicator that can give the long-term investor the confidence to invest/ stay invested in Gold.  We can see on the chart that since the inception of the Gold Bull Market down at the “Entry for Gold Bull” label, Gold has only briefly fallen below the RED LINE 2 times.

The concept of “value” is extremely important, especially when Dollars are being printed aggressively.  This is because the value of your Dollars is falling.  Most people look at a Dollar and see a Dollar.  They don’t understand that the worth of a Dollar can fall dramatically in times like today.