Gold – Is It A Commodity, A Currency, Neither or Both?

To answer the question “what drives the prices of gold” we have to determine the nature of gold. Is it a commodity, a currency, neither or both? This article does just that. Read on.


The edited excerpts above and below are from an article* by Przemyslaw Radomski CFA (sunshineprofits.com) originally entitled Is Gold a Commodity or Currency? which can be read in its entirety HERE.

Is gold a commodity?

It is, from the physico-chemical point of view, a precious metal, which is mined just like any other commodity. In that context, it is therefore not a security, but a tangible, hard or real asset.

It is also a unique commodity behaving more like a monetary asset. From the investment point of view, the inverse relationship of gold with the U.S. dollar is practically the sole feature it has in common with other commodities.

While gold is very weakly correlated with other commodities (except silver) the yellow metal, according to the World Gold Council: 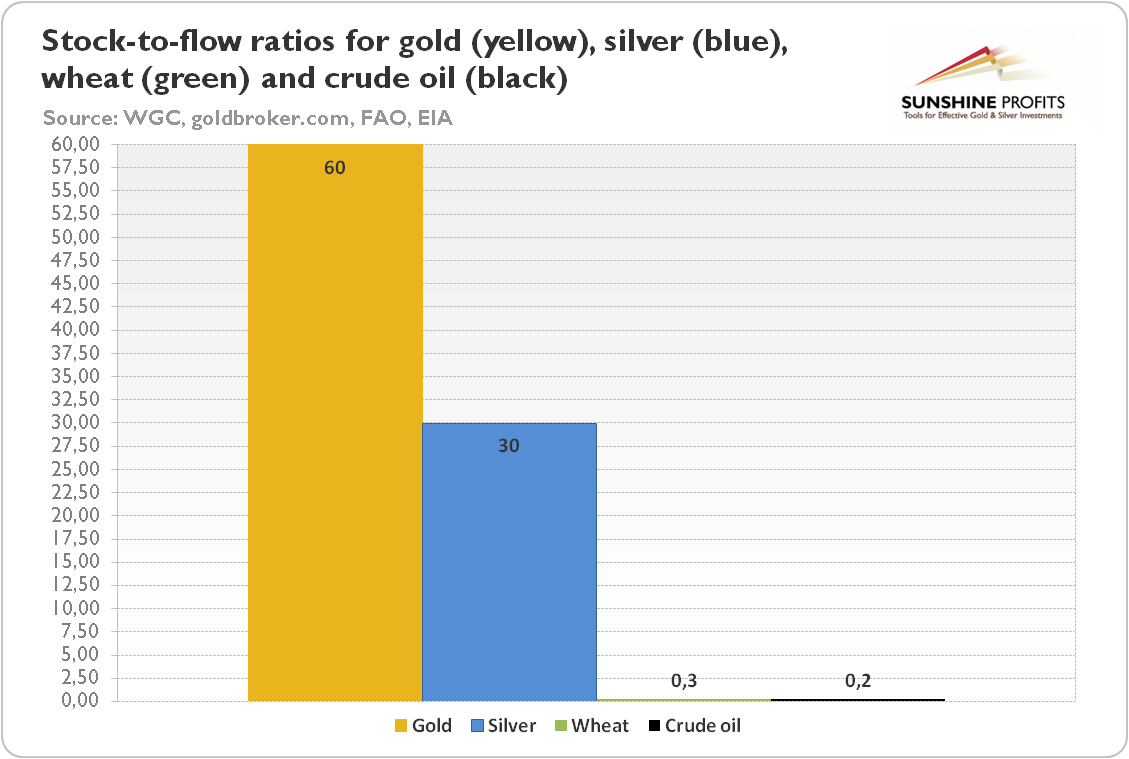 Is Gold A Currency?

The unique features of gold:

explain why this precious metal has been used as money for thousands of years, until 1971. This is, incidentally, another distinct feature of gold compared to other commodities (except silver)…and gold – again unlike other commodities – is still held by central banks and governments as a reserve asset (In fact, it is after the U.S. dollar and euro the third largest reserve asset in the world, according to the World Gold Council).

To complicate matters even more, gold differs not only from other commodities, but also from other currencies. The yellow metal:

In a sense it is not a currency, since we cannot buy goods and services with gold coins or bars, but is rather an anti-fiat currency, bought when the trust in central banks and governments diminishes…In other words, gold does not depend on any single government or central bank, hence its price is not influenced by political decisions or the solvency of any institution. Thus, gold is a global monetary asset, which reflects global developments and which is heavily traded on the spot market (unlike commodities traded mostly on the futures market, but similarly to currencies).

Gold is neither commodity nor currency. It combines the features of both making it commodity money, (i.e. a commodity which historically has been chosen as money) and still remains a global monetary asset. No arbitrary political actions can increase its supply, and it has no counterparty risk (this is why it has no yield), hence it is still traded like currency or insurance against fiat currencies and market instability inherently connected to paper money.

1. The 6 Most Commonly Held Anti-Gold Beliefs That Don’t Hold Water

…Many in the investment community swear by the old myths about gold, but is there any truth in them? If investors examined the facts, they would find that the most commonly held anti-gold beliefs do not hold water and, once the general public realizes that these beliefs are not valid, the price of gold will be much higher.

2. Silver & Gold Should Both Play a Role In Any New Monetary Approach – Here’s Why

People who equate sound money with gold and tout the advantages of returning to a gold standard should also embrace silver as a complementary – and necessary – partner with gold in re-establishing sound money. Here’s why.

Share
Previous Canada Has Devalued Its Dollar (Loonie) Again – Why? (+2K Views)
Next Silver: What Makes It So Special? (+2K Views)