Gold Bugs: You Were "Had" in the Recent Decline! Here's How to See It Coming Next Time

Lorimer Wilson December 23, 2011 Comments Off on Gold Bugs: You Were "Had" in the Recent Decline! Here's How to See It Coming Next Time 2,365 Views

Record lease rates are a primary driver for the near historic sell-off we have experienced but, when negative 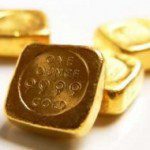 gold lease rates drop like they are now doing, the underlying tension in the supply and demand for gold as a source of liquidity collapses suggesting that the gold sell- off is likely coming to an end. That said, the next time we approach the previous thresholds..it will likely indicate that another gold-derived liquidity rubberband “breach” is imminent. [Let me explain further so you won’t be “had” next time.] Words: 1054

So says Tyler Durden (www.zerohedge.com) in edited excerpts from his original article*.

Lorimer Wilson, editor of www.FinancialArticleSummariesToday.com (A site for sore eyes and inquisitive minds) and www.munKNEE.com (Your Key to Making Money!) has further edited ([ ]), abridged (…) and reformatted (some sub-titles and bold/italics emphases) the article below for the sake of clarity and brevity to ensure a fast and easy read. The author’s views and conclusions are unaltered and no personal comments have been included to maintain the integrity of the original article. Please note that this paragraph must be included in any article re-posting to avoid copyright infringement.

Durden goes on to say, in part:

One of the more curious dynamics for those who follow the gold market closely, has been the relentless grind lower (or higher if looked at on an absolute value basis), of gold lease rates (defined as Libor minus GOFO i.e., London interbank offered rate minus Gold Forwards Offered rate) [go here** for the daily rate), which recently hit all-time record lows (i.e., negative), for the 1 month version [see chart below], although the more traditional 3 Month (as it is based on the benchmark 3M USD Libor) was also quite close to breaching historic low levels [see chart below].

A good summary [of the nuances of Libor-GOFO or the lease rate] was presented in a Jesse’s Cafe Americain article a few days ago [see*** below – also see **** below which gives a very detailed outline of the mechanics of the various Libor minus GOFO transactions ], which correctly suggested that record lease rates are a primary driver for the near historic sell-off we have experienced. In a nutshell, negative lease rates mean one has to pay for the “privilege” of lending out one’s gold as collateral – a prima facie collateral crunch.The lower the lease rate, the greater the use of gold as a source of liquidity and since the indicator is public it is all too easy for entities that do have liquidity to game the spread and force sell-offs by those who are telegraphing they are in dire straits and will sell their gold at any price if forced, to prevent a liquidity collapse, i.e. to force a firesale.

Well, we are happy to announce that the sell-off spring clip potential that is embedded in a near record negative lease rate has now been discharged courtesy of the $100 or so dump in the price of gold lately. The decline may have happened for a plethora of reasons and nobody can tell why precisely, but one thing is now sure: the underlying tension in the supply and demand for gold as a source of liquidity has collapsed. That said, the next time we approach the previous thresholds we will advise readers as it will likely indicate another gold-derived liquidity rubberband “breach” is imminent.

The Jesse’s Cafe Americain article goes on to say, in part:

As can be seen from the first two charts [below] showing the LIBOR GOFO spread, the lease rates reported in the press are a derived rate and actually represent the amount that can be earned from the gold carry trade. I do not like to look at just the Lease Rate which is really just a calculated derivative like the ‘spot price’ based on the present value of the futures front month, but at the two major components that constitute it. Which one is driving the change in the spread, and why?

I do not think that the major bullion banks finance their gold leases through LIBOR anymore in these days of excess reserves and quantitative easing, but it is a useful reference for most others. This tends to put a little more emphasis on the nominal level of the Gold Forwards Offered Rate but this is just my opinion and I could be wrong. There is an obvious ‘chicken and egg’ argument embedded in this phenomenon. For example, some might say that the high spread between GOFO and LIBOR [see the last 2 charts below] makes it difficult for those who wish to short gold to obtain it since the price one pays to finance the deal is quite high…This is an interesting theory, because it seems to suggest that without the ability to borrow gold from central bank holdings and perhaps those others who can lease in large numbers like ETFs and not the spot market, shorting gold is not possible at these prices and the natural tendency of the clearing price is to stay the same or to increase. This suggests more manipulation than market demand and supply.

Send links to other articles of substance you have read to: editor [at] munKNEE.com

I tend to think that the spreads widen as the bullion banks must borrow more heavily to support their short positions with some sort of physical backing. When the pain of the spread becomes too great, they have the incentive to throw contracts at the paper price in a desperate effort to break the price and relieve the short term pressures….On these dips one would imagine that long term buyers are taking advantage of the low prices to acquire bullion and store it as a future hedge. As the bullion banks seek to return the borrowed gold, their demand attracts the momentum trading hedge funds that are now selling, so we see a big rally in the metals. The big rally in the metals causes the LIBOR – Gold Forwards pain to increase, and so the banks cry to be rescued – and so on it goes on, until something breaks.

All figures in the charts below are priced in US dollars and are from the London Bullion Market Association (LBMA). The cumulative gold price is the daily change between London PM fixes. 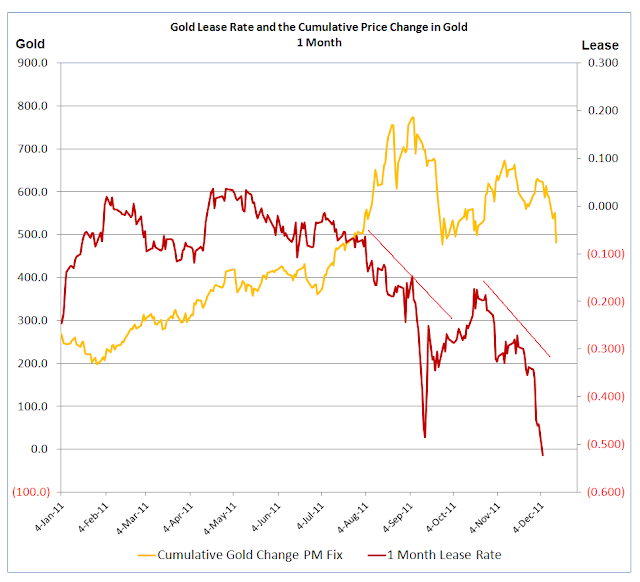 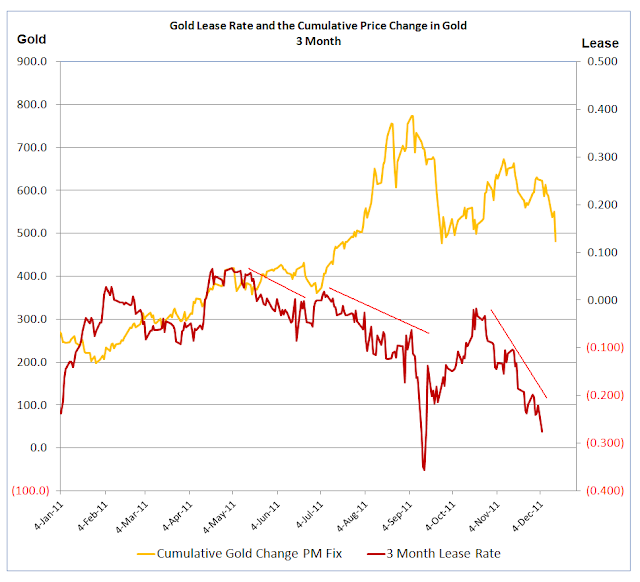 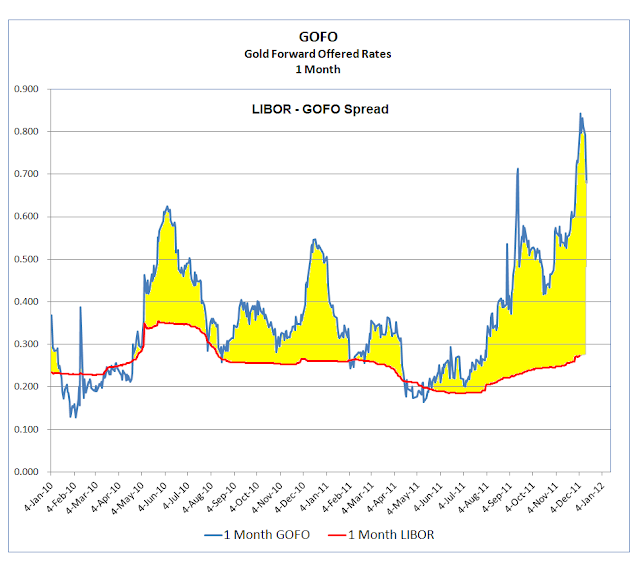 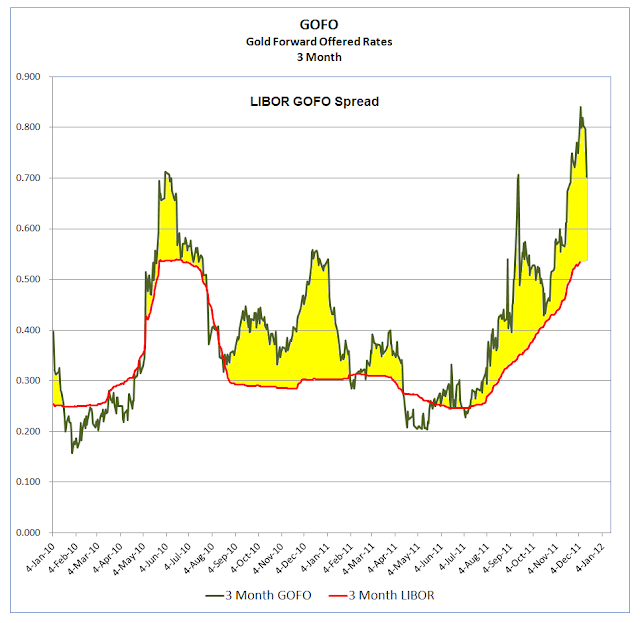 Gold is in the bump phase of a seven-year Bump-and-Run Reversal Top pattern which typically occurs when excessive speculation drives prices up steeply, and is now at a critical juncture which could change the long-term trend of gold. Silver is already in the run phase which does not bode well for its future price. Let me explain. Words: 743
2. Goldrunner: Gold, Silver and HUI Index to Bounce Back to Major Highs by May 2012

With the present major correction in gold, silver and the mining sector it is important to look at the big picture and see what the charts are saying from a technical fractal relationship with what happened back in 1979 when the last truely major bull run occurred. To date the situation is, frankly, no different than it was back then unfolding just as it should. As a result we can expect MAJOR upward price action in physical gold and silver and in their mining (producers, developers, explorers and royalty streamers alike) in the next few months on their way to their respective parabolic peaks in the years ahead. Read on. Words: 1604
3. These Charts Say It All: GOLD Is STILL a BUY

With what is happening with the price of gold these past few days it is imperative to take a look at the long and short of it all (the trends, that is). In doing so it shows that we are still very much in a long-term bull market but in a short-term (yes, short-term) bear market. Let’s take a look at some charts that clearly outline where we are at and where we could well be going. Words: 625

Share
Previous Don’t Invest in the Stock Market Without Reading This Article First
Next Where are Gold & Equities in the 3 Phases of Bull & Bear Markets? (+2K Views)