Derivatives Are Nothing More Than A “Game” of Russian Roulette! Here’s Why (+3K Views)

Lorimer Wilson December 18, 2019 Comments Off on Derivatives Are Nothing More Than A “Game” of Russian Roulette! Here’s Why (+3K Views) 3,449 Views

pull the trigger. Most revolvers have 6 chambers, so your odds of surviving are 5 in 6, IF you quit after pulling the trigger once. Press your luck, spin the cylinder, point the gun, and pull the trigger again. It might be okay. Try for a third time? Now let’s play Russian roulette – derivatives style.

Note: I have no insider knowledge regarding derivatives…but I think we can assume the following:

Got gold? Own silver? They are financial insurance, unless you trust that Wall Street will take care of your needs.

1. Bursting of Global Derivatives Bubble Will Be An Utter Nightmare

Never before in the history of the United States have we been faced with the threat of such a great financial catastrophe but, sadly, most Americans are totally oblivious to all of this. They continue to have faith that their leaders know what they are doing, and they have been lulled into complacency by the bubble of false stability that we have been enjoying for the last couple of years. Unfortunately for them, however, this bubble of false stability is not going to last much longer and when the financial crisis comes it is going to make 2008 look like a Sunday picnic. Let me explain why I believe the aforementioned to be the case. END_OF_DOCUMENT_TOKEN_TO_BE_REPLACED

Only when derivatives are discussed by one of the ‘Real Housewives of Atlanta’ posing nude in bed with one of the cast members of ‘Duck Dynasty’ will derivatives receive the attention they deserve. END_OF_DOCUMENT_TOKEN_TO_BE_REPLACED

3. Coming Derivatives Crisis Will Cause Panic in Financial Markets With Horrific Consequences – Here’s Why

Wall Street has been transformed into a gigantic casino where people are betting on just about anything that you can imagine. This works fine as long as there are not any wild swings in the economy and risk is managed with strict discipline but, as we have seen, there have been times when derivatives have caused massive problems in recent years – the government bailout because of derivatives at AIG; the failure of MF Global because of bad derivatives trades; and the 6 billion dollar loss that JPMorgan Chase recently suffered because of derivatives – [but the next] derivatives panic that comes will destroy global financial markets, and the economic fallout from the financial crash that will happen as a result will be absolutely horrific. [Let me explain my contention.] Words: 1485 END_OF_DOCUMENT_TOKEN_TO_BE_REPLACED

4. Is a Plan Afoot to Introduce a New Dollar to Repudiate America’s Piles of Debt and Derivatives?

Any thinking person with a calculator knows that the current global monetary system is going to fail given enough time. Rather than going through the charade of more quantitative easing, what if the central banks, the collaborating Western governments, and the financial elites decide to let the system fail now? [What if]…people in control…have a plan…to accelerate the emergence of a new dollar. END_OF_DOCUMENT_TOKEN_TO_BE_REPLACED

5. Derivatives: Their Origin, Evolvement and Eventual Corruption (Got Gold!)

The term “derivative” has become a dirty, if not evil word. So much of what ails our global financial system has been laid-at-the-feet of this misunderstood, mischaracterized term – derivatives. The purpose of this paper is to outline the origin, growth and ultimately the corruption of the derivatives market – and explain how something originally designed to provide economic utility has morphed into a tool of abusive, manipulative economic tyranny. Words: 3355 END_OF_DOCUMENT_TOKEN_TO_BE_REPLACED

Of the $200+ trillion in derivatives on US banks’ balance sheets, 85% are based on interest rates and for that reason I cannot take any of the Fed’s mumblings about raising interest rates seriously at all. Remember, most if not all, of the bailout money has gone to US banks in order to help them raise capital. So why would the Fed make a move that could potentially destroy these firms’ equity and essentially undoing all of its previous efforts? That being said I still see derivatives as a trillion dollar ticking time bomb with a short fuse. Words: 506 END_OF_DOCUMENT_TOKEN_TO_BE_REPLACED

How Does Your Expected Annual Retirement Spending Compare With Other Americans?

How Does Your Credit Card Spending By Category Compare? 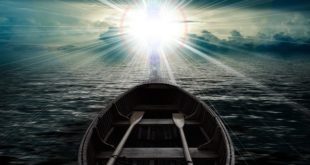 Things You Need to Know Before Applying for a Boat Loan