Is a Plan Afoot to Introduce a New Dollar to Repudiate America’s Piles of Debt and Derivatives? (+2K Views)

Lorimer Wilson May 17, 2012 Comments Off on Is a Plan Afoot to Introduce a New Dollar to Repudiate America’s Piles of Debt and Derivatives? (+2K Views) 2,617 Views

Any thinking person with a calculator knows that the current global 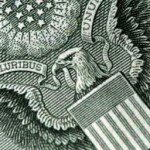 monetary system is going to fail given enough time. Rather than going through the charade of more quantitative easing, what if the central banks, the collaborating Western governments, and the financial elites decide to let the system fail now? [What if]…people in control…have a plan…to accelerate the emergence of a new dollar.

So says Robert Fitzwilson in edited excerpts from an interview with King World News as provided by Lorimer Wilson, editor of www.munKNEE.com (Your Key to Making Money!). This paragraph must be included in its entirety in any re-posting to avoid copyright infringement.

Fitzwilson goes on to say, [you can read the full article here] in part:

It would not be the end of the dollar as the king of currencies, just the end of the current dollar as we know it. The new dollar could be realigned not only against other currencies, but would allow for the effective repudiation of the massive piles of debt and derivatives. Interest rates would be allowed to return to more normal levels and all assets would be re-priced in terms of the new dollar. It might seem crazy to sane people, but to insane people running global government and finance, it might seem rational to them….Debts go away as does the dreaded austerity. Wealth will be destroyed, but the vast majority of people have no wealth to preserve.

3. U.S. Dollar Ranks #4 Behind Currencies of Australia, Canada and New Zealand Among G10 Countries Based on Monetary Policy – Here’s Why

Merk Investments has ranked the attractiveness of the currencies of each G10 country based on the monetary and fiscal policies of each country and the strength of each country’s economy to come up with what they call the Merk Currency Score™. This Score should prove invaluable in supporting investment decision-making across countries and regions. Go here to see where your country ranks. Words: 367

4. Shift From U.S. Dollar As World Reserve Currency Underway – What Will This Mean for America?

Share
Previous Is This Surge In Gold a "Dead Cat Bounce" or a "Flight to Safety"?
Next What Would the Consequences Be If Greece Exited the Eurozone?