Coming Financial Crisis Will Be Inflationary – Here’s Why

Lorimer Wilson October 21, 2018 Comments Off on Coming Financial Crisis Will Be Inflationary – Here’s Why 1,293 Views

…Market participants often expect the next crisis to look like the last one, but it never does….

[IMO,]…the current monetary system’s ultimate financial crisis, meaning the crisis that leads to a new monetary system, will have to be inflationary. Here’s why.

This version of the original article , by Steven Saville has been edited* here by munKNEE.com for length (…) and clarity ([ ]) to provide a fast & easy read. Visit our Facebook page for all the latest – and best – financial articles!

The ultimate financial crisis will have to be inflationary, because deflation scares provide ‘justification’ for central bank money-pumping and thus enable the long-term credit expansion to continue with only minor interruptions.

To put it another way, a crisis won’t be system-threatening as long as it: 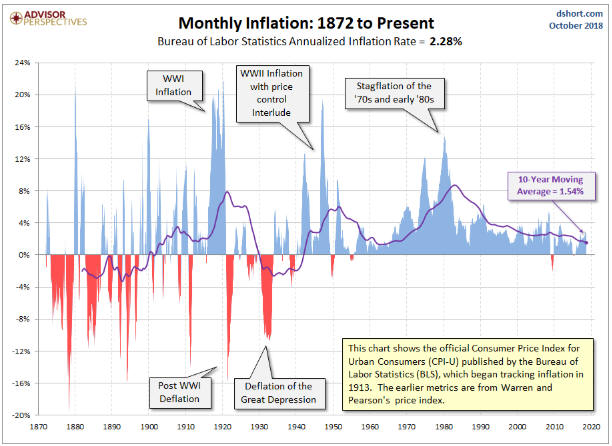 What actually happened during 2008 was a deflation scare, as opposed to genuine deflation. I define a deflation scare as a period when the total supply of money and credit continues to grow, but a surge in the demand for money makes it seem as if the economy is experiencing severe deflation.

Since there is no limit to the amount of new money and credit that can be created out of nothing by the central bank, it will always be possible for the central bank to keep the current system going in the face of a crisis that involves a surge in the demand to hold the official money. The problem (for the monetary authorities) will occur when:

The bottom line is that, regardless of its other details, IF the next crisis involves deflation or a deflation scare then it will be just another bump in the road.

Only a crisis that entails a decline in the desire to hold the official money can be an existential threat to the monetary system.