Buy Gold NOW Ahead of Further QE – Here's Why

So says Bear Fight (pseudonym) in edited excerpts from the original article* as posted at www.SeekingAlpha.com.

The articles goes on to say, in part:

Further QE to Cause Higher Inflation and Rise in Gold Price 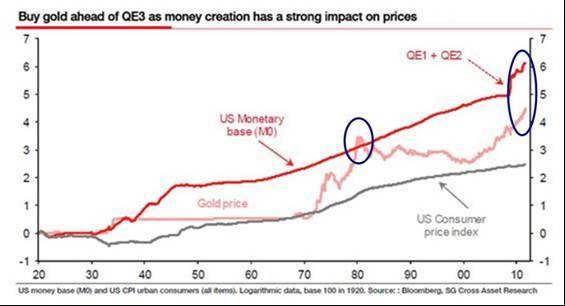 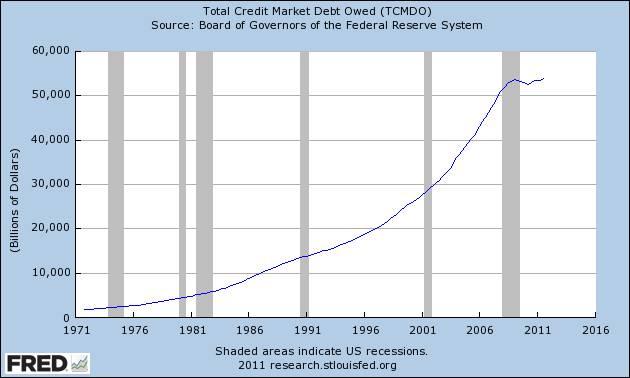 Investor Gold Holdings Only at 0.96% of Assets

Similar to the first chart outlining the bubble territory in the 1980s, [the chart below shows that] gold as a percentage of assets was three times higher in 1980 [than currently is the case]… 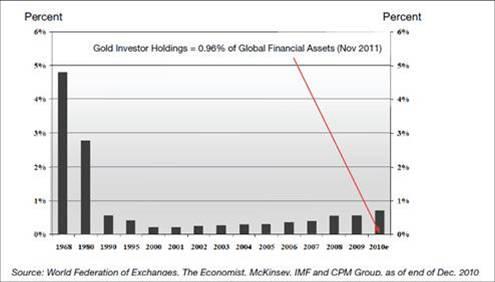 While I believe that QE3 will be a catalyst for further increases in the price of gold, similar to QE1 and QE2, the thesis on gold is not linked to another QE program. The thesis on gold is simply monetary debasement by world governments and debt growth since 1971.

1. These 5 Apocalyptic Engines Causing Hyperbolic Growth in US Money Supply

I recently wrote an article showing how US True Money Supply (TMS) appeared to be growing at a hyperbolic rate [see here], and that gold was also on a hyperbolic course…Hyperbolic growth in the quantity of money ends with hyperinflation… [and] both TMS and the dollar price of gold are pointing to a hyperinflationary outcome. This article explains why this might be so. Words: 764

4. Economic/Currency Collapse Could Bring Martial Law and Confiscation of Your High-priced Gold! Got Silver?

Have you ever wondered what money really is [and why we need to own some gold as a result]? You’ll notice that everyone you read has a strong opinion , but who’s right? [Let look at the situation and see if we can come to an answer that we both can agree on.] Words: 3086

6. Egon von Greyerz Interview on Future QE, Hyperinflation and the Price of Gold

A final or total catastrophe of the currency system will occur as a result of unlimited money printing that will lead to hyperinflation. Stock markets will benefit temporarily from this QE [but we expect that the] markets will fall 90% against gold in the next few years. The correction in the precious metals [will] likely [soon] be over and we should see the metals going to new highs in 2012. Words: 450

9. We Have Reached the End of the Road and are Staring into the Abyss! Got Gold?

With most of the world’s major economies as well as the financial system bankrupt…most people will rely on governments and central banks to save us but how can anyone possibly believe that totally incompetent and clueless politicians and central bankers could solve the problem they created in the first place… The main objective of governments is to stay in power and thus to buy votes, therefore they are incapable of taking the right decisions and the opposition, aspiring to power, is even less suitable since they will lie through their teeth and promise the earth in order to be elected. So what is the solution? Read on! Words: 2391