Despite the recent inaction by the Fed, most pundits still believe a rate hike will occur in September. The problem with this assumption is that most media pundits are basing this action on a headline number such as unemployment and not the underlying details of the labor market which suggest that if the Fed raises rates, the U.S. will go back into recession. Let me explain.

The above edited excerpts and the copy below come from an article* by John Manfreda as posted on SeekingAlpha.com under the original title of Forget About Rising Interest Rates, Prepare For Q4 which can be read in its entirety HERE.

The current unemployment rate of 5.5% looks great but that is because only 62% of the population is participating in the work force. The mainstream press attributes this to the retirement of baby boomers, but the statistics don’t support their thesis. 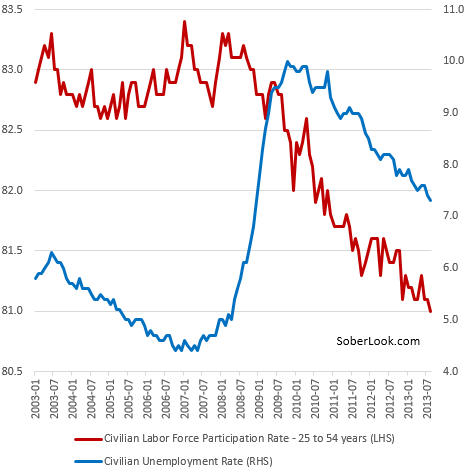 The mainstream press attributes this to the retirement of baby boomers, but the statistics don’t support their thesis as the chart below clearly shows that the declining labor participation rate has come from the age groups between 16-54 years old, people that are considered to be in their prime working years. The age group of 55-75, has actually increased its labor participation rate. This is the opposite of what normally would be occurring. 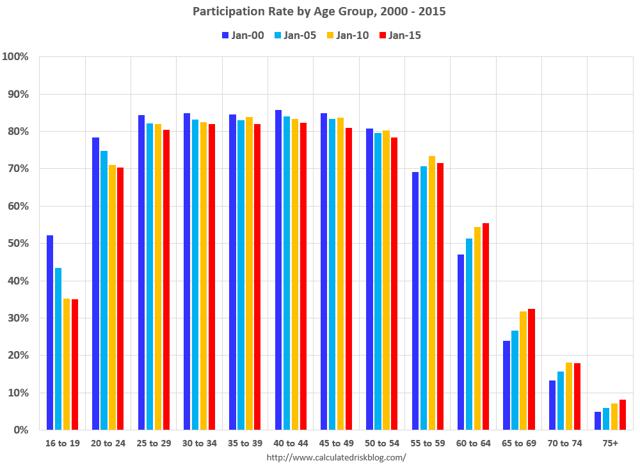 If you look at the other economic indicators, one can see that the unemployment rate is more of an outlier, then an indicator.

What media pundits fail to understand is that any increase in interest rates would cause:

The above is what the mainstream press has been ignoring, and why the Fed is reluctant to raise interest rates.