Hyperinflation: What You Need To Know! (+7K Views)

To wind up with true hyperinflation, some very bad things have to happen. The government has to completely lose control and the populace has to completely lose faith in the system – or both at the same time. Will the U.S. go down that path? Let’s review the situation. @A Financial Site For Sore Eyes & Inquisitive Minds

By Lorimer Wilson, editor of munKNEE.com – Your KEY To Making Money!

The Steps To Hyperinflation

Below is the Hanke-Krus World Hyperinflation Table which contains all 58 episodes of hyperinflation over the past 100 years: (Latest information available)

Below is a table of the current worldwide hyperinflation situation: 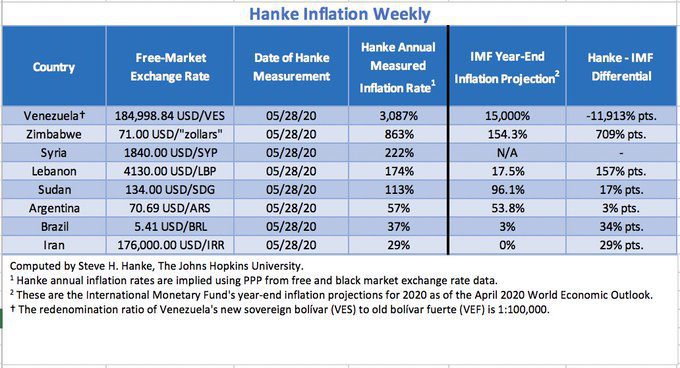 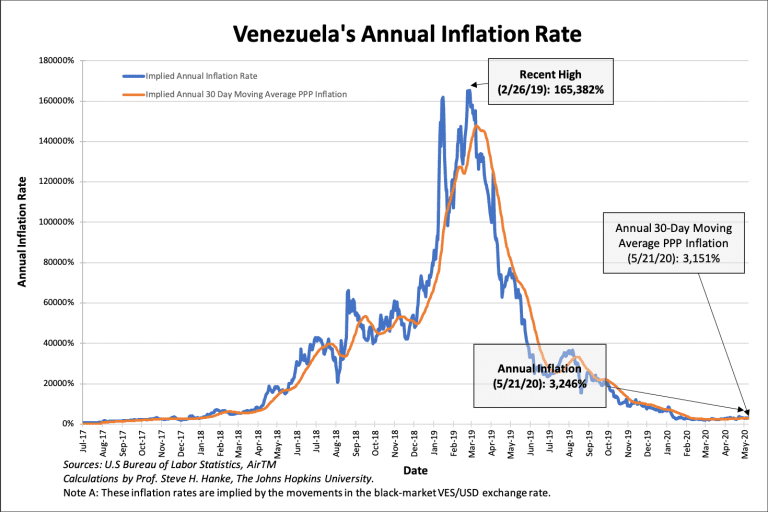 What Would Cause Hyperinflation to Occur in the U.S.? When the global economy encounters some domino chain combination of implosion, the threat of Great Depression 2.0 will come roaring back, bigger and uglier than before because all the “extend and pretend” actions that have been undertaken until now will trigger an economic collapse that rivals the conditions experienced during the Great Depression. At that juncture, it will be apparent to all that the Federal Reserve has run out of bullets – that “more stimulus” simply cannot work – that trillions have already been thrown down the drain. That is the point where true panic comes in. It is then, when the monetary authorities wet their pants in the face of a new deflationary panic, that the real threat of hyperinflation will return to the fore. If all hope becomes lost we could see the Fed desperately propose something like QE2 times 10, on the order of not $600 billion but $6 trillion. That is when the real horror would begin. The munKNEE source

During these times, safety and liquidity will remain key concerns for investments, as investors look to preserve their assets and wealth through what are going to be the most difficult of times.

a) Gold and Silver In such a circumstance, gold and silver would be primary hedging tools that would retain real value and also be portable in the event of possible civil turmoil. Also, at some point, the failure of the world’s primary reserve currency will lead to the structuring of a new global currency system and gold could well become part of the new system.

b) Real Estate Real estate also would provide a basic hedge, but it lacks the portability and liquidity of gold.

c) Off-shore Investments Having some funds invested offshore — outside of the U.S. dollar — would be a plus in circumstances where the government might impose currency or capital controls.

d) Equities While equities do provide something of an inflation hedge — revenues and profits get expressed in current dollars — they also reflect underlying economic and political fundamentals. As such, I still look for U.S. stocks to take an ultimate 90% hit, peak-to-trough, net of inflation, during this period. The munKNEE source

Any and all moves to delay the onset of full hyperinflation will be limited and short-lived as there is no obvious course of action or external force at this point of the process that can meaningfully put off the nearing day of reckoning. Efforts to save the system at any cost likely will continue as long as possible, however, with the government spending whatever money it and the Federal Reserve need to create, until such time as the global financial markets rebel. The ultimate cost here will be the increasing debasement of the purchasing power of the U.S. Dollar, and an eventual dollar collapse beyond any government or Federal Reserve control resulting in hyper-inflation. The munKNEE source

The situation quickly would devolve from a deepening depression, to an intensifying hyperinflationary great depression. While resulting U.S. economic difficulties would have broad global impact, the initial hyperinflation should be largely a U.S. problem, albeit with major implications for the global currency system. Material for the above article was sourced from the munKNEE.com archives on hyperinflation.

1. A Hypothetical Look At What Could Possibly Be In Store for the U.S. The economic condition of the country continues to decline toward its rendezvous with an, as yet, unknowable catastrophe. As economic and political matters become more desperate, so will what the government considers acceptable. If a debt default cannot be engineered via continuous inflation, it will occur via a direct repudiation of obligations or a quasi-surreptitious one like the hypothetical one presented in this article…a look (not a prediction) at a series of not improbable events that could develop and which would change our economic world overnight. Viewed from this perspective, I don’t think such a move or something approximating it is out of the question. Words: 1300

Why spend time surfing the internet looking for informative and well-written articles when we do it for you. We assess hundreds of articles every day, identify the best and then post edited excerpts of them to provide you with a fast and easy read. Register in the top right-hand corner of this page to automatically receive newly posted articles twice weekly in your inbox.