4 Clues That a Stock Market Collapse Is Coming (+2K Views)

even be tempted to sell everything and wait for the storm to blow over [given the 4 clues put forth in this article].

So says Chris Mayer (dailyreckoning.com) in edited excerpts from his original article* entitled Near the Debt Ceiling, No One Can Hear You Scream.

The following is presented by Lorimer Wilson, editor of www.munKNEE.com and the FREE Market Intelligence Report newsletter (sample here). The excerpts may have been edited ([ ]), abridged (…) and/or reformatted (some sub-titles and bold/italics emphases) for the sake of clarity and brevity to ensure a fast and easy read. This paragraph must be included in any article re-posting to avoid copyright infringement.

Mayer goes on to say in further edited (and perhaps paraphrased in some cases) excerpts:

There are 4 clues that tells us there is a stock market collapse coming:

Jacob Lew, the Treasury secretary, just whispered that the next market crash begins no later than mid-October.  Of course he didn’t say those exact words but he did report that the Treasury’s “extraordinary measures” to avoid hitting the debt ceiling will be “exhausted in the middle of October” and you no doubt remember that the 2011 debt ceiling talks and the drama around a government shutdown led Standard & Poor’s to downgrade the U.S.’ credit rating for the first time ever. The market fell more than 15% while all of this was going on from April to August and we’re looking at something like that all over again as the government’s debt presses up against that ceiling.

Even though Lew’s whispering those words now, soon he’ll begin screaming about it. The budget deficit crisis will likely soon be front-page news…as the brinkmanship over the debt ceiling ramps up again. I think we’re in for a rough couple of months.

By mid-October, the Federal Reserve’s purchases should be approaching 140%, by Williams calculations. This is clearly absurd and can’t go on forever. (If for no other reason than the Fed will eventually own the entire federal debt market. As it stands now, it owns about a third of it!) When it ends, interest rates will likely rise. That could also bring the easy-money party to a close.

There is a lot of nonsense in economic reporting, and GDP is the worst of all. (Williams himself admits that GDP “remains the most worthless and most heavily politicized” of the government series) but when you look at something that’s harder to fudge – median household income – you don’t see any recovery, and these are the government’s official numbers. The point is there has been no full recovery as can be clearly seen the chart below.

Slowing profit growth and rising market mean valuations have climbed. Bloomberg reports that “Valuations last climbed this fast in the final year of the 1990s technology bubble, just before the index began a 49% tumble.” I don’t think we have that big of a decline ahead of us, simply because we’re starting at a much lower valuation. In 1999, the market went for 30 times earnings. Today, it goes 18 times earnings. That’s still a high number, reflective of too much optimism about future growth.

Most still see earnings and the economy growing briskly in the back half of the year. Barron’s recently polled 10 of the most influential Wall Street seers. They project 8% earnings growth in the second half! When it becomes obvious that is a fairy tale, the market is going to be in for a shock.

Keep your powder dry and your portfolio small. After reading the above, you might be tempted to sell everything and wait for the storm to blow over.

1. The Stock Market Is NOT About to Crash Any Time Soon! Here’s Why

There’s nothing to be bearish about regarding the stock market these days. US stocks are not overpriced or overleveraged, and remain more attractive than at prior peaks so pop a pill and relax. There’s no immediate danger threatening stocks as the following market analyses clearly outline. Read More »

2. 5 Reasons It’s Really “Different This Time” for the Stock Market

We have experienced a huge bull market this year but any pundits are calling for the bullish move to end in a sharp downward correction…The bears have a case, historically and cyclically, but I am going to go out on a limb and say things are really different this time. Here are 5 reasons why. Read More »

3. Stock Markets Look Ripe For a MAJOR Correction – Here’s Why

Divergences between fundamentals, confidence and the valuation of markets are large and, as such, cannot last for long. The only question is how – and how quickly – this correction occurs. Read More »

Share
Previous What You Need to Know About the U.S. Budget Deficit & National Debt (+4K Views)
Next The U.S. Is a Police State – Here’s Why & How to Protect Your Privacy (+2K Views) 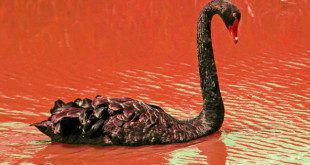 The Odds Of A Market Meltdown Reversal Continue To Rise