Why You Should Now Invest in Silver vs. Gold (+2K Views) 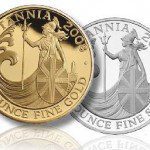 next decade [relative to gold according to Jim Rogers and I concur. Below are 5 solid reasons why I believe that is the case.]

So says, Ed Liston in edited excerpts from his post* on SeekingAlpha.com entitled Gold Or Silver: Which Is Better For Investors?.

Liston goes on to say, in part:.

..[Below are a number of] factors to consider:

1. Growing Industrial Demand: …silver is an industrially useful metal. It does have a volume of industry demand. It is used in plastic design, batteries, mirror coatings, electronics components, medical instruments, water purifiers, solar panels, to say nothing of making silver bullets to fight against the impending werewolf invasion.

According to a Kitco report the amount of silver used for industrial purposes is forecast to rise to 665.9 million troy ounces by 2015, which would be a 36% increase from the 487 million used in 2010, according to a report from the Silver Institute.

The report identifies 11 still-new applications for silver, ranging from food packaging to radio identification tags to auto catalysts, which collectively could exceed 40 million ounces of industrial demand by 2015, said the Silver Institute.

The report also said that stronger silver industrial demand in the U.S. and Asia will be a key factor driving growth through 2015, with healthy developing-country demand especially in markets such as China and India.

Since silver has a substitution problem just like any precious metal – its available quantity is not unlimited – industry demand will put a premium on silver, unlike gold which has no industry demand worth noting and is priced on pure, ultimate human hype.

To put the industrial demand of silver in perspective, note that although most people think its primary usage is in producing cheap jewelry and cheaper coins, that actually accounts for only 30% of silver demand [with] the remaining demand coming from industrial use… As newer and broader applications of silver find their way into technology, that demand will only go upwards….

2. Greater Upside Potential: …Central banks do not own silver, they own gold, so silver is more volatile. When markets for silver/gold go down, silver generally goes more down than gold. However, for the same reason, when inflations occur or with rising industrial demand, silver, since it is more volatile, has potentially more short term upside than gold so if you are a risk-taker at heart, silver is a good choice. Its highs are very high, its lows are very low. If you can buy at a low and sell at a high, you win a lot. Gold, on the other hand, seems more stable, and it is an excellent hedge in troubled times.

3. Lesser Supply: …In the last ten thousand years, huge amounts of both gold and silver have been mined [but] almost all of the gold is still in the market in a purchasable condition [while that is not the case with] silver…Silver’s industrial refuse (silver scrap) is not usually recycled because costs are high compared to the price of the silver recovered. This makes silver more scarce than gold, and that scarcity is increasing…

4. Depressed Silver/Gold Ratio: …The so-called silver/gold ratio has historically… been roughly 15:1; that is, one ounce of gold trades for 15 ounces of silver. Right now, however, that ratio is approx. 74:1; in other words, gold is trading at almost 5 times the price it used to trade before with respect to silver’s price. [Interestingly], however, mints report that they sell almost equal dollar amounts of gold and silver which means that they sell 74 times more silver than gold. [As such, given that] demand for silver is larger by a big margin and that silver is undervalued right now from a historical perspective, [should the silver/gold ratio strengthen]…even by a small factor, silver’s price would increase substantially from current levels….

Silver, since it is more volatile, requires you to have a more cautious approach than gold does. You’d better be a trader rather than an investor if you are buying silver. It can fluctuate by more than 70% in a year, so if you are a long term buy-and-hold investor, silver is not for you. [That being said, however,] silver generally outperforms gold during growth phases of the market when there is more demand for industrial silver. However, when markets are depressed, demand from the industry scales down, and gold outperforms silver.

1. Silver’s Price Could Outpace That of Gold – Here’s Why

The value of silver has skyrocketed in recent decades –leading many investing experts to believe that silver’s price could outpace gold for the first time in history. This infographic covers silver’s meteoric increase and the factors that have led to silver’s exploding value…[and] takes a nod to the future to see where silver’s price may be headed based on the most up to date demand data.

2. The History of Silver As a Currency – and More

Silver has thousands of industrial uses and is considered a store of wealth by investors. The infographic below illustrates silver’s history as a currency in the past and as an essential component in industry and technology today.

3. What You Need to Know Before Investing in Silver

Silver has been an important metal for thousands of years, often used as a medium of exchange or jewelry in ancient times….Today, silver still finds its way into jewelry and coins but it is now also a key ingredient in many ‘modern’ applications as well….Due to this multitude of uses the metal has continued to be a popular investable asset…[as well] as a store of value and an inflation hedge. Below are a list of the top 10 silver producing countries, the top 10 silver producing companies and a definitive guide as to the multiple options of investing in the metal. Words: 2091

6. Gold:Silver Ratio Suggests MUCH Higher Price of Silver in Next Few Years

You have no doubt read countless articles on the price of gold costing “x dollars per ounce” and possibly own a gold ring or some other piece of  gold jewellery but do you really understand exactly what you are buying? What’s the difference between 1 troy ounce of gold and 1 (regular) ounce? What’s the difference between 18 and 10 karat gold? Let me explain. Words: 637

8. Can I Invest in Physical Gold & Silver in My IRA?

Share
Previous Impact of U.S. Fiscal Cliff on Canada, Mexico and Much of the Developed World Would be Major
Next Grappling With the Possible Impact of the Fiscal Cliff