Which Entities Own Most of the U.S. National Debt?

Lorimer Wilson October 20, 2021 Comments Off on Which Entities Own Most of the U.S. National Debt? 178 Views

…The following chart indicates…[the extent, in percentage terms, to which various] entities have loaned money to the U.S. government…[and, as such,] their share of the U.S. national debt as of 30 September 2021.

This post by Lorimer Wilson, Managing Editor of munKNEE.com, is an edited ([ ]) and abridged (…) version of an article by Ironman for the sake of clarity and length to ensure a fast and easy read. 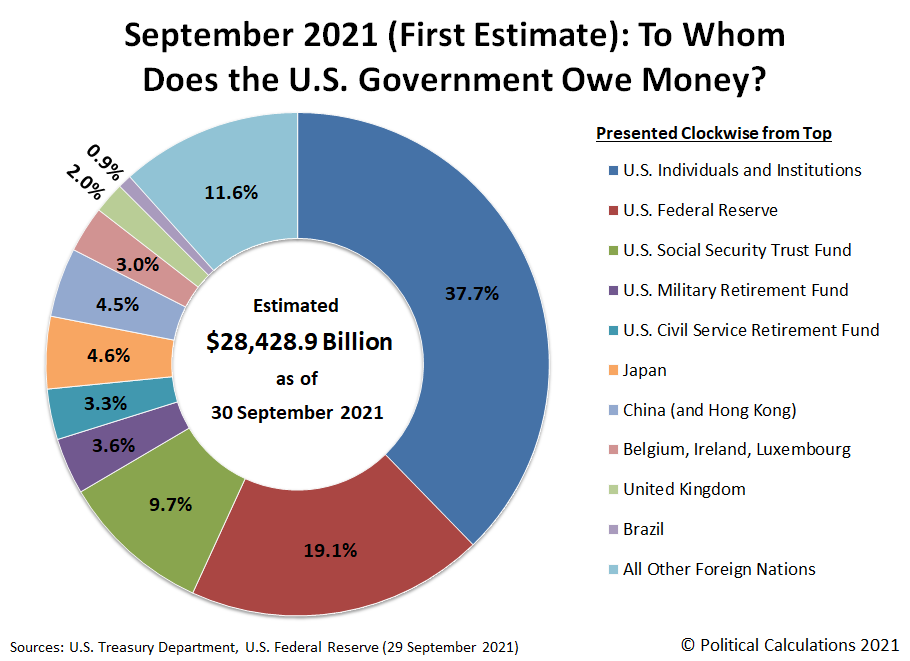 (The values for foreign nations shown on the chart represent a first estimate because the U.S. Treasury Department’s data for the amount of U.S. government-issued debt held by foreign entities only reflects its estimates through August 2021. Data through September 2021 will become available next month, which will be subject to revision before being finalized sometime in 2022.)

Once again, the U.S. Federal Reserve is Uncle Sam’s largest single entity creditor, outranking its former top creditor, Social Security’s Old Age and Survivors Insurance Trust Fund, by a widening margin. That margin is widening because Social Security is running in the red, which means it has to cash in its holdings of U.S. Treasuries to keep paying benefits to Social Security beneficiaries at promised levels.

…What is really remarkable is the extent to which the U.S. Federal Reserve is funding the U.S. government’s spending above and beyond what it collects in taxes that has taken place during Joe Biden’s tenure in office.

Below is a visual rundown of the net national debt change math as presented using a waterfall chart: 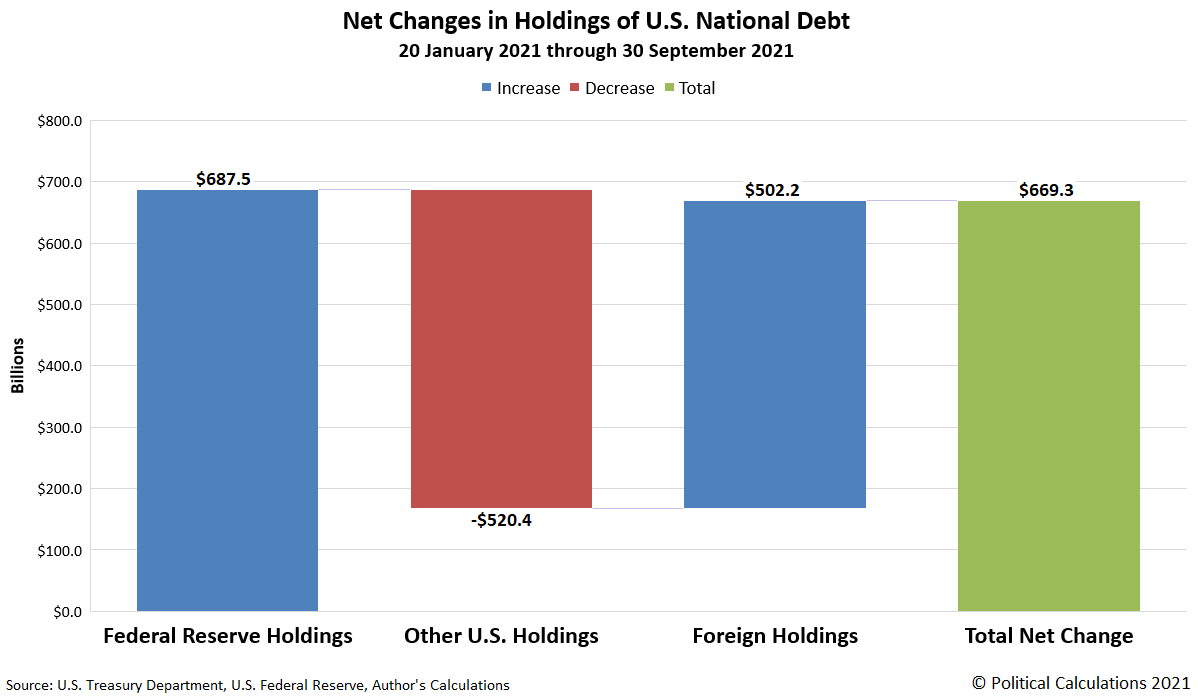