What Does 'Structural' Unemployment Mean? What Does It Mean for Future Economic Growth ?

Lorimer Wilson April 10, 2012 Comments Off on What Does 'Structural' Unemployment Mean? What Does It Mean for Future Economic Growth ? 1,857 Views 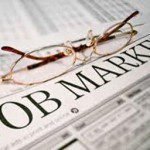 understand what Structural Unemployment is, and what it means to economic growth. [This short article will attempt to do just that.] Words: 432

So says Ian R. Campbell (www.StockResearchPortal.com) in edited excerpts from his synopsis and review (a component of a subscription service but presented here with his kind permission for posting on www.munKNEE.com – Your Key to Making Money!) of an article* by Joe Duarte on the subject. This paragraph must be included in any article re-posting to avoid copyright infringement.

Campbell goes on to say, in part:

In Duarte’s article on the April 6 U.S. Jobs Report in the context of structural unemployment he concludes that:

Daily Delivery Available! If you enjoy this site and would like to have every article sent automatically to you then go HERE and sign up to receive Your Daily Intelligence Report. We provide an easy “unsubscribe” feature should you decide to opt out at any time.

I am unaware of any study that quantifies the extent of U.S. structural unemployment [and that is unfortunate as] it is a big deal and likely…[going] to become a Bigger Deal.

1. Ian Campbell Comments on the World vs. Market Reality Disconnect & the “Nerds on Wall Street”

The world is on the verge of becoming a cauldron of Disorder [y]et the market is orderly for now and people refuse to fully acknowledge it. This inability to compartmentalize the “world reality” from the “market reality” is costing investors money. The world isn’t likely to end well in the not too distant future but for now the market is doing just fine. Words: 610

Other Comments/Critiques by Ian Campbell:

1. Campbell: Balanced Opinions Regarding Gold & Silver are Paramount – Here’s Why

If you hold, or are considering holding, physical gold or silver or both, [it is imperative that you] read as many ‘balanced opinions’ as you possibly can with respect to ownership of each. [Here’s why]. Words: 337

Meredith Whitney has resurfaced on the subject of U.S. Municipal defaults stating that a “tidal wave” of defaults in the municipal bond market is still building and will eventually hit the United States [although her views are at odds with those of] Moody’s Investors Service [who only see] a small but growing number of defaults. [Here is a critique of her latest views.]

Hundreds of articles are posted every week but their content is almost never challeged. Campbell does just that. He conveys his comments, concerns and criticisms in a concise conversation, concluding his critiques with either his concurrence or contrary point of view. He invariably ends each critique with a question or two for you to mull over until his next insightful and thought-provoking commentaries. Put your thinking cap on and give them a read. Words: 1722

4. Campbell’s Challenge: ‘Think for Yourself’ When Reading This Article on Gold!

It doesn’t take a rocket scientist to figure out that the technical picture for gold has been rapidly deteriorating…and a look at the longer term charts makes it clear that we have just witnessed a head and shoulders formation that has dramatically failed. The chip shot on the downside for gold here is $1,500 [maybe even] $1,450. Bring a double dip scare for the economy into the picture, which I expect to see this summer, and $1,100 is a possibility. If you get a real stock market crash in 2013, as many analysts are predicting, and you’ll get another chance to buy at $750. [That being said,] long term, I still like gold and expect it to hit the old inflation adjusted high of $2,300 during the next hard asset buying binge – but remember also that long term, we are all dead. Words: 900

5. Is Gold the Ultimate Inflation Fighter It Is Claimed to Be?

Below is a synopsis of, and comments on, a very well balanced article on physical gold which is rather rare in this day and age. The article challenges everyone who owns gold, or is considering owning gold, to think for themselves, and then come to their own conclusions as to whether physical gold is, indeed, the ultimate inflation hedge that it is so often claimed to be. Words: 800

6. Campbell’s Critique: Some Gold Prognostications are Well Based, Some Much Less So – Here’s a Comparison

When forecasting, many economists and commentators fail to focus on the dramatic change in inter-country dependence in our ever more globalized world…and fail to let the actual markets influence their views. Below I critique two articles, rationalizing what they see for the price of gold for the balance of 2012. Words: 730

7. Which Countries are Most Risky for Mining/Oil and Gas Companies? Here’s the List

The Behre Dolbear Group has recently published its annual comparative country risk assessment of twenty-five countries that host the global mining industry. [If you own, or are thinking of buying, stocks of companies in this sector print, then I suggest you give the Report your full attention and pass this commentary on to friends, acquaintances and colleagues interested in the Resource Sector, and to your Investment Advisor. Words: 437

8. Ian Campbell Comments On: Silver, Algorithms, and The Bible!

Why Read This: An understanding of computer trading and its implications is important. This commentary will give you quick insight into it. Words: 421

9. China’s Doubling of the Yuan’s Trading Band Seen As Very Significant – Here’s Why

The Chinese central bank’s doubling of the trading band on the Yuan/U.S.$ exchange rate to 1.0% as of today has been greeted by general enthusiasm and is seen as a very significant move on China’s part for a number of reasons. Let me explain. Words: 772

Share
Previous Majority of Americans Finally Agree on Something – and Its Economic!
Next Have Your Say in World Consumer Confidence Index Survey – Here's How