Wealth represents the accumulation of assets during a lifetime, and thus wealth gap are always larger than income gaps. Nonetheless, the wealth gaps between black and white Americans are remarkable.

In the chart below the vertical axis measures average per capita white/black wealth as a multiple: that is, back in 1860, the average white person had more than 50 times the wealth of the average black person on a per capita basis, but now the multiple is more like 6 times. 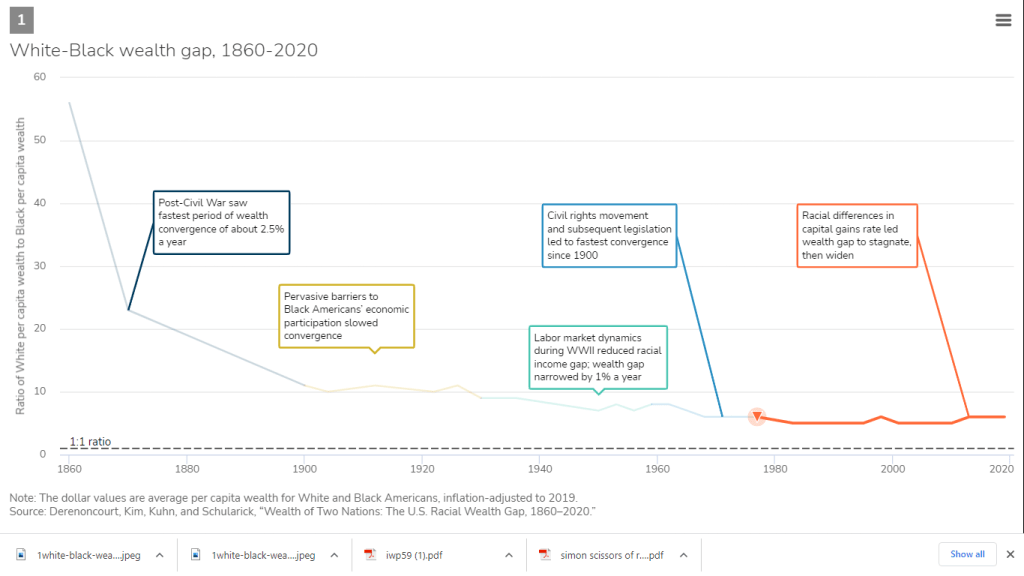 Clearly, the drop in the white-to-black wealth ratio was fastest back in the 19th century. 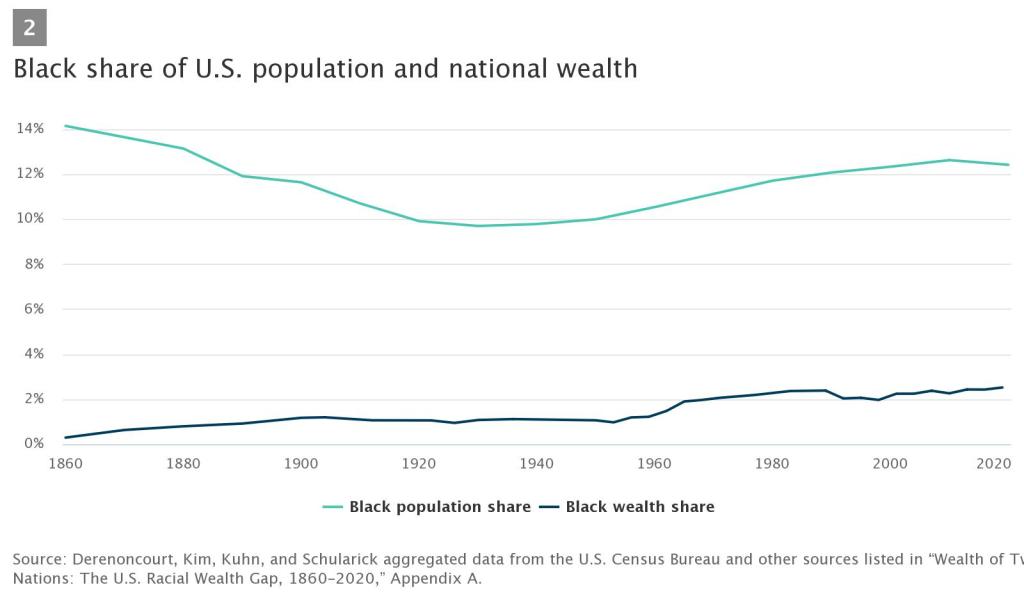 …The data for the above graph is publicly available at https://www.elloraderenoncourt.com/us-inequality-data.

There’s a lot that can be said about all this, but I’ll limit myself to the obvious: Four decades–call it two generations–of no progress on the white-to-black wealth ratio is a long, long time.

The above article post by Lorimer Wilson, Managing Editor of munKNEE.com, is an edited ([ ]), abridged […], retitled, restructured, reformatted, highlighted and grammatically corrected version of an article by Timothy Taylor for the sake of brevity and clarity to ensure a fast and easy read.

Share
Previous Why, Pray Tell, Would I Want to Own Gold?? (+4K Views)
Next Americans – Your Pocket Change Might Be Worth Thousands of Dollars! Here’s What to Look For (+4K Views)