The U.S. Recession Probabilities Index is currently at a level that has ALWAYS been followed 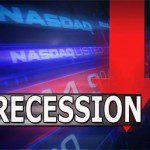 by a recession. Interestingly, however, I don’t see recession signals in the internal indicators that I follow and which have been right for a long time now so this clearly puts that opinion in the “this time is different” category – or does it? Words: 255

Lorimer Wilson, editor of  www.munKNEE.com (Your Key to Making Money!), may have edited the article below for length and clarity – see Editor’s Note at the bottom of the page. This paragraph must be included in any article re-posting to avoid copyright infringement.

Roche goes on to say, in part:

Here’s an interesting new data point that the St Louis Fed has put together to calculate recession probabilities:

The US Recession Probabilities Index, as it is called, currently has a reading of 20%, a level that has ALWAYS been followed by a recession.  As you can see below, the index has NEVER approached 20% without a subsequent recession.  ALL 6 recessions since 1967 have coincided with 20%+ readings. Interestingly, I still don’t see recession in my internal indicators…[which] have been right for a long time now (in the face of some very public recession predictions by reputable people)…

[Given the above, when my internal indicators point to “no recession,”…an indicator like the above clearly puts that opinion in the “this time is different” category….

1. U.S. Between a Rock & a Hard Place: A Recession Now or a Financial Collapse Later! Here’s How to Invest in Such Precarious Times

Over the past few years, policy leaders worldwide have grown accustomed to kicking the can down the road with each step in this ongoing financial crisis making incremental moves rather than cultivating viable long term solutions. More recent attempts seem to have evolved into simply just trying to kick the can out of the driveway. Now we fear there may not be enough firepower left to simply kick the can over. [Having done so, we are left between the proverbial rock and a hard place.] If lawmakers do nothing, by all accounts we are likely to see a recession. Should lawmakers extend the Bush-era tax cuts, you make no progress towards long term deficit reduction, potentially raising the risk and magnitude of a future financial crisis. [Let me discuss this predicament further and how best to invest in such precarious times.] Words: 1602

2. We’ve Reached the Tipping Point: Are Consumers Prepared to Save the Day?

Injecting massive amounts of liquidity into the banking system can spur dramatic economic growth if that liquidity is used. On the other hand, if public perception is negative and fearful, that liquidity remains untapped and no growth occurs. We are in a new earnings season and for the most part – based on lowered expectations – the numbers are looking OK so what should we expect based on these modestly improving numbers? Words: 2176

Optimism has seized stock markets in the past month on the back of better economic data in the United States and a late-summer lull in the euro crisis. Market volatility is at its lowest level in years. [That being said, however,] BofA’s top economist Ethan Harris…thinks the U.S. economy is “in the eye of the storm” right now. Below is what Harris sees on the horizon. Words: 363

4. QEunlimited is NOT Going to Save the U.S. Economy – Period!

With the pop from the USFed’s latest attempt at financial shock and awe already seeping from lackluster markets, and the teleprompter news networks losing steam over their promotion of the same, it is time to take a look back at the decisions made on 9/13/2012 and set the record straight on some things.

5. QE 3 Will Actually SUPPRESS the Economy! Here’s Why

The Fed professes that QE 3 or as I call it, QE Infinity (QEI), will create jobs but I am not sure how they can expect anybody to buy their rationale. As we know, QE 1 and QE 2 did very little in the way of creating jobs. Might the Fed realize that QE Infinity could actually be counter-productive to economic growth?

Share
Previous Gold Projected to Reach $4,000/ozt. Sometime Between Late 2015 & Mid 2017! Here’s My Rationale (+4K Views)
Next World’s Most Prosperous Countries: Where Do the U.S., Canada and Others Rank?