The Implications of Coming "Peak Copper" for America – and the World! (+2K Views)

Lorimer Wilson November 9, 2011 Comments Off on The Implications of Coming "Peak Copper" for America – and the World! (+2K Views) 2,748 Views 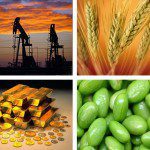 About two years ago, I looked through a BHP Billiton presentation which listed the number of years remaining for particular commodities. It was not an analysis of “peak” commodities as such, just a report on when various commodities would be completely, 100% depleted based on current usage rates and reserve assumptions. Copper in that report was determined to be scarcer than oil! [What does that mean for the future well-being of the U.S. – and the world?] Words: 1380

So says Dr. Stephen Leeb (www.leeb.com) in edited excerpts from his original article*.

Lorimer Wilson, editor of www.munKNEE.com (Your Key to Making Money!), has further edited ([ ]), abridged (…) and reformatted (sub-titles and bold emphases) the article below for the sake of clarity and brevity to ensure a fast and easy read. The author’s views and conclusions are unaltered and no personal comments have been included to maintain the integrity of the original article. Please note that this paragraph must be included in any article re-posting to avoid copyright infringement.

Leeb goes on to say, in part:

You can never really talk about peak oil, peak zinc or peak anything as a separate, unitary factor; you’re really talking about peak resources. When one critical resource, [be it]… food, energy, base metals, even labor – and each of those resources is used in some way to obtain, refine or simply process all other resources – becomes increasingly scarce, that resource, by virtue of its relationship to all other resources, will, in turn, make all those other resources scarce as well. (A primary thesis of the past two books I’ve written, “Game Over” and the recently released “Red Alert,” is that you cannot analyze commodities apart from their relationship to other commodities.)

Copper Prices May Be “Unimaginably’ High in 3 Years

We make the [above] points in light of a recent report issued by Goldman Sachs, with which we agree, on October 28th as follows:

Copper prices may be ‘unimaginably’ high in 3 years with China growth spurring consumption.

This is a truly frightening statement…Indeed, in terms of probable or potential scarcity, I think copper may even surpass rare earth elements, oil and many other commodities. Copper grades, i.e., the amount of copper you get from every ton of ore mined, as well as grades for almost every other base metal and precious metals such as gold and silver, look like a scary playground slide. They continue to fall, and fall dramatically quickly.

Our government seems wholly oblivious to this. Somehow they must be praying to, or simply have an abiding faith in a technology god somewhere out there – one who will come down and rescue us from the threat of resource depletion. Yes, there could possibly be technologies in development now or in the future that will come on stream and provide such a rescue – but to be sure of such a possibility? That can hardly be the basis of sound policy. To have no credible alternative solutions or coping strategies in place is irresponsible – or sheer madness…

Sign up here to begin receiving a copy of our Financial Intelligence Report tomorrow.

We know that China doesn’t believe in such a solution…because, while we’re fighting a shooting war in Afghanistan, China is spending comparable amounts of money in the same place – mining copper. Indeed, China seems desperate to get all the copper it possibly can…to ensure their standard of living into the next decade and beyond.

America Doesn’t Realize It is In An Economic “Commodities” War

The real war here is an economic war. It’s the war China is fighting to assure that its civilization continues, and it should be the one we’re fighting to save our own civilization.

I use the word ‘war’ because I think it transcends political distinctions. Once it is recognized as a war, presumably liberals, conservatives, and even most libertarians (i.e., those who allow for at least some legitimate role for government) can come together. We are being attacked – at least implicitly – as our standard of living is under attack. Fighting this war should be the biggest and most important priority we have.

To say more, China is not only spending tons of money in Afghanistan, but whatever they’re spending there is merely a drop in the proverbial bucket, as they will be spending 2 ½ trillion dollars between now and 2015 to find, acquire and process commodities. That’s a comparable amount to what the U.S. spent during the Second World War.

We could go on with example after example, but the bottom line is that for our civilization to have any chance of survival we’re also going to have to spend massive amounts of money. How can we, given our debt crisis and associated problems right now? Then again, how can we not do so, given what’s at stake?…

I recall giving a keynote address at a J.P. Morgan energy conference earlier this year. The audience consisted of extremely knowledgeable utility executives, presidents, financial officers, etc. I asked them “How many of you consider copper to be a potentially scarce metal?” Not one of them answered affirmatively.

You can be sure that at the moment I was posing this question China was busily mining copper in the midst of that war-torn country where our own troops go on fighting and dying for what appear to be the most nebulous political and strategic objectives…[I]f we can wake up to the fact that the current situation in terms of risks to this country easily rises to the level of a
full-scale war, then we’ll have a chance – but as the situation with copper shows (and don’t just take it from me, listen to what Goldman Sachs is saying), time is running out very, very quickly…

How to Capitalize on Coming “Peak” Copper

As someone who advises people about investments [here is my advice on how to capitalize on the future “unimagineable” price of copper]:

Have you been wondering how commodities will fare in November? [Below is a chart of] how select commodities performed in the past 25 Novembers (since 1986). Words: 489

2. Precious Metals: The Place to Be in This Economic Downturn – Here’s Why

According to Barclays Capital, gold, silver, platinum and palladium, as well as other commodities, generally stand a better chance of handling a global economic downturn than other types of investments [because] commodities “are on a very different footing” from two years ago [which they explain in detail below.] Words: 350