Taxmageddon: 2013 Will be a Disaster Regardless of Who Wins! Here’s Why (+2K Views) 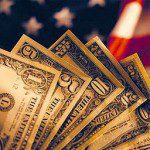 “Regardless of whether or not you feel taxes need to be raised, a big set of tax hikes is scheduled to happen. To be sure, some of those hikes will be undone in compromises, but many if not most will sneak through.” [Let me explain.]  >Michael “Mish” Shedlock< (http://globaleconomicanalysis.blogspot.com) Words: 425

Shedlock goes on to say in edited excerpts from his original article*:

Mike Brownfield said in an article** entitled What Tax Day Could Feel Like in 2013:

The Tax Foundation reports that because of higher federal income and corporate tax collections, Tax Freedom Day came four days later this year than last. And the bad news is that unless Washington takes action, it will take working Americans 11 more days to meet next year’s tax burden.

That’s all due to Taxmageddon — a slew of expiring tax cuts and new tax increases that will hit Americans on January 1, 2013, amounting to a $494 billion tax hike. Heritage’s Curtis Dubay reports that American households can expect to face an average tax increase of $3,800 and that 70 percent of Taxmageddon’s impact will fall directly on low-income and middle-income families, leaving them with $346 billion less to spend.

Taxes Will Go Through the Roof

Rick Matthews reports in an article*** entitled When the Payroll Tax Holiday Ends in 2013, Taxes Will Go Through the Roof

Without significant tax code changes, in 2013, America is scheduled to get hit with what would be the largest tax increase in our history.

That hike will cost the majority of filers an additional $435.

For those eligible for child care tax credits that deduction will drop from $1,000 to $500. The marriage penalty will roar back into effect. The AMT, alternative minimum tax, will finally kick in.

Roll those changes up and a family filing as married with two children making $50,000, will see their taxes increase by basically $2,700

Who is to blame for Taxmageddon?

Republican are to blame. They accepted this silly deal instead of a far better one that Obama would actually have signed….Republicans insisted on no tax hikes at all in 2012, putting everything off until after the election, believing Romney would win in a cake-walk.

However, if President Obama wins, certainly not at all an unlikely possibility, he is going to drive a much harder bargain this go around.

Regardless of tax consequences, the U.S. is headed for recession, if not already in one. 2013 rates to be a disaster regardless who wins.

(To access the above articles please copy the URL and paste it into your browser.)

One of the things that’s being lost in the welter of rhetoric around the debt crises of sovereign nations is that these are not normal debtors, and government debt is not the same as personal debt. If you or I are in debt we are obliged to fulfil the terms of our repayment obligations or to go bankrupt or to pretend to die and go off and live on the life insurance. A country in the same situation has a range of other measures available to it…[Let’s explore their options and what their implications would be for the country and its citizens.] Words: 1145

2. Stealth Taxation in the Form of Financial Repression is Coming! Here’s Why – and How

Financial Repression is a form of wealth confiscation and redistribution that is in some ways as effective as taxation – but the government never directly calls it that. It never appears in the budget (directly), and while it is dependent on a comprehensive network of laws and regulations – none of those go through the legislature with a stated intention of creating Financial Repression. So while the economic net effects are similar to a huge and comprehensive set of investor taxes being used to pay down the national debt, the “taxes” are never a campaign issue because voters and investors don’t understand what is happening – they only feel the results. [In this article I lay out for you what is slowly developing and expected to escalate dramatically in the next few years.] Words: 5800

3. Get Ready to be Financially Conscripted – and Face a Lower Standard of Living!

Get ready to be financially conscripted into a citizen army assembled for the greater cause of saving America from being swamped by a tsunami of debt as a new policy initiative known as “financial repression” takes hold. ‘Repression’ rhymes with ‘depression’ and that is what we may have to look forward to as rampant price inflation and permanently lower living standards take hold as a result. Let me explain. Words: 1797

4. How Much Do You Pay in Taxes Compared to Residents of Other Countries? Take a Look

It seems that Americans (and particularly those who vote Republican) are always complaining about how much they pay in personal income taxes. Frankly, however, they have absolutely nothing to complain about when compared to what the citizens of Canada, Australia, the U.K., New Zealand, Germany, Belgium and almost all other countries pay. Here’s a list of 20 countries of note showing what their effective tax rates are at the equivalent of USD100,000 and USD300,000 for comparative purposes. Words: 510

5. These 63 Charts Say: The Economy Is MUCH More Important Than the Election or Either Political Party

6. This Will NOT End Well – Enjoy It While It Lasts – Here’s Why

One of the problems with the debate over the “national debt” is that there’s no generally agreed upon definition of that term. Is it what the federal government owes, or what it owes foreigners, or what the whole country, private and public sector together, owes? Does it include off-balance-sheet items and contingent liabilities? There’s a hundred-trillion dollar gap between lowest and highest on this spectrum, which allows each commentator to confuse the rest of us by picking the measure that best suits their point of view. [Let’s try to decipher the true state of the nation.] Words: 1468

9. Monumental Change is Coming for Most Americans – Here’s Why

A monumental change is coming, and for most Americans, it will be painful—especially for the unprepared. [Let me explain just what is happening, why it can not go on as is and what we can likely expect in the future.] Words: 1144