Stephen Leeb: We Will See Three Digit Silver in a Couple of Years & Much Higher Gold Prices! Here’s Why (+4K Views)

Lorimer Wilson May 8, 2012 Comments Off on Stephen Leeb: We Will See Three Digit Silver in a Couple of Years & Much Higher Gold Prices! Here’s Why (+4K Views) 4,105 Views

The Western world is going to need even more easing, more money. All of this 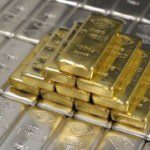 is incredibly bullish for gold longer-term. I do think you have to navigate the end of the euro before the next massive move in gold, but that’s coming. It’s possible that gold may get hit initially as the euro fails, but you have to buy it if it does.

So says Stephen Leeb in an recent interview with King World News which has been provided by Lorimer Wilson, editor of www.munKNEE.com (Your Key to Making Money!). This paragraph must be included in its entirety in any re-posting to avoid copyright infringement.

Leeb concludes his remarks (they can be seen here in their entirety) by saying:

Once gold gets going, people will be amazed at how fast the silver price moves. You are going to see three digit silver in the next couple of years. [Read: Stephen Leeb: Silver’s Going to $60, $70, by the End of 2012 – Easy!] Going forward, there simply isn’t enough silver available to satisfy both the industrial demand and investor demand. We will start to see strains in the physical market in silver at some point in the future. When that happens, silver will be off to the races.

“Gold is in a bubble” is a comment that is usually made with little evidence to support this claim. Typically, the primary support is the fact that the Gold price has meaningfully risen over the last decade but citing a rising price is simply insufficient to draw such conclusions. [Let me explain.] Words: 534

2. Richard Russell: NOW is the Time to Begin Amassing Your Future Fortune – Here’s Why and How

Great fortunes are made at super-bear market lows but you must have the money at the lows. [That is precisely] why gold is so singular and valuable. If you have gold at the bottom of the next bear market, you can exchange it for a collection of great common stocks or funds, and then sit back and relax.

3. Gold’s Current Bull Market Will Be Even Bigger Than The One In The 1970s – Here’s Why

The fundamentals supporting a mania in gold and gold stocks are such that I think a strong case can be made [to support my contention] that the current bull market in gold is far stronger than the one from the 1970s. [I present below] the major observations I feel…support such a thesis. Words: 700

Nick Laird has put together an Elliott Wave theory prediction using ‘The Golden Mean’ & ‘Fibonacci Sequences’ to arrive at future prices for gold…which he is hopeful will serve as ‘a roadmap which gold may take as it climbs to new highs’. See the chart below. Words: 625

9. Silver Will Go to $50 and Then Explode Dramatically Higher! Here’s Why

10. History Says Silver Could Become the Next 10-Bagger Investment! Here’s Why

Share
Previous The Time to Buy Gold Is When There Is Blood In the Streets and That Time Is NOW! (+2K Views)
Next Economic Alert: If You’re Not Worried Yet…You Should Be (+2K Views)