It drives me crazy when I read stuff by “economists” that is just plain wrong. Some 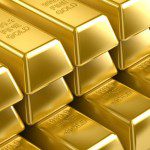 of them are allegedly “MBAs” and “PhDs” but I think that their common sense is actually “DOA”. Unfortunately, millions in the public arena see their interviews and blogs and they seem to automatically swallow their commentaries… hook, line and sinker. Let’s address some of the nonsense that these pundits are expressing. Words: 870

So says Paul Mladjenovic (www.mladjenovic.blogspot.ca)  in edited excerpts from an article* which Lorimer Wilson, editor of www.munKNEE.comhas further edited below for length and clarity – see Editor’s Note at the bottom of the page. This paragraph must be included in any article re-posting to avoid copyright infringement.

Mladjenovic goes on to say, in part:

The point that critics make is that the gold standard “removes financial flexibility” when a system-wide financial crisis unfolds. They don’t like a gold standard because it is viewed as a “rigid constraint”.

Home Delivery Available! If you enjoy this site and would like to have every article posted on www.munKNEE.com (approx. 3 per day of the most informative articles available) sent automatically to you then go HERE and sign up to receive Your Daily Intelligence Report. We provide an easy “unsubscribe” feature should you decide to opt out at any time.

The real problems behind today’s (and yesterday’s) financial crises and depressions have nothing to do with constraints such as a gold standard; the problems come from mismanagement of spending and debt… and governments that are too expansive in their size and scope.

Economists don’t blame governments for spending too much or creating too much debt or printing up too much of their currencies; they blame whatever may stop them from doing so (such as a gold standard). This is insane; it is like blaming the seat belt for a car crash.

Imagine for a moment if a financial planner took the same line of thinking with their client. How would that go?

Could you imagine that? That is essentially what these “educated” commentators are telling the public. The public confuses “eloquence” with common sense. They figure these guys “must know what they are talking about” since they “sound pretty smart”. Ugh…

Look, we may not need a classical gold standard; but we need SOME type of standard. The essential point here is that our governments need some type of restraint… otherwise they will continue to spend and spend and create more and more debt.

Standards and restraints on endless money and debt creation do not cause financial catastrophes and depressions but it is the lack of this constraint (gold standard or a modified version of one) that opens the door to catastrophe. This is why I tell my students and readers to become as self-reliant as possible (financially and otherwise) since we are at risk as today’s economic ills get worse.

Unfortunately for pundits and economists, there is no “standard” to blame for the trillion-dollar disaster that is unfolding before our eyes today and in the months to come so, be prepared.

*http://mladjenovic.blogspot.ca/2012/03/lunacy-and-confusion-over-gold-standard.html   (To access the article please copy the URL and paste it into your browser.) Copyright 2012. Paul Mladjenovic. All rights reserved.

1. Why U.S. Will Never Return to Gold Standard and What That Means for Gold Price

The recent outperformance of precious metals, combined with budget problems in the United States and parts of Europe, has prompted some to speculate that gold or silver will become the next international reserve currency [but in my opinion that is highly unlikely. As such, investors would be highly encouraged to give pause [before] allocating a portion of their portfolios to precious metals. Let me explain further.] Words: 1094

FDR confiscated American’s gold for the same reason Lenin confiscated it in Russia and Hitler confiscated it in Germany, namely, to get it out of the hands of the people. [That view is contrary to the prevailing belief that such was done] to re-establish confidence in the dollar. [Let me explain the background of this confiscation and my rationale for coming to such a conclusion.] Words: 815

3. A Return to the Gold Standard Has Major Shortcomings

World Bank president Robert Zoellick has stirred up a hornet’s nest with his recent call for a return to a gold anchor in the global financial system. The usual suspects immediately denounced him – Keynesian Brad DeLong has [gone so far as to] anoint Zoellick the “Stupidest Man Alive” – [and I would like to add my voice to the chorus by explaining] the dangers of Zoellick’s gold proposal, and why fans of the classical gold standard should be wary. Words: 1708

4. Be Careful! Owning Gold Bullion is a Revocable Privilege in the U.S. – Not a Basic Right!

Imagine living in a country where the government suddenly decides to make it illegal to hold a certain type of asset, and goes on a systematic process to relieve its citizens of such an asset? Such actions happen in wartime and by politically-corrupt regimes but how about private-asset seizure in the good old U.S.A.? Well, it has happened before. [The 64 trillion (in keeping with the times) dollar question is: “Will it happen again?”] Words: 585

8. Economic/Currency Collapse Could Bring Martial Law and Confiscation of Your High-priced Gold! Got Silver?

9. IF Silver Goes Too High Government Might Interfere! Here’s Why

Share
Previous Ian Campbell Comments On: Silver, Algorithms, and The Bible!
Next Ignore Guru Opinions: 66% Get It WRONG More Than 50% of the Time! Here’s How They Compare (+2K Views)